It seems unlikely the words “pitchfork” and “birthday” would be used in the same sentence, much less joined together. It turns out that was entirely appropriate.  On the occasion of Dave Nichol’s seventieth, he was presented with a pitchfork.  This was no ordinary pitchfork.  It has historical significance.

First, the history.  For many years, Rollo Every was the proprietor of the Eagle Point Resort.  Through those times were various iterations of the hotel.  The hotel was accompanied by several buildings designed for specific purposes and then later repurposed.  Most remember the pavilion.  Its second story had hosted dances, roller skating, the Clark Lake Players.  Below was  motor repair, boat storage, restaurant and two bowling lanes—but not all at the same time.  A riding stable was nearby.  Hotel guests could enjoy an invigorating ride.  In 1956, Rollo sold the entire operation to Calvin Pittman.   In this photo, you can see Rollo Every turning over a symbolic eagle to Cal. 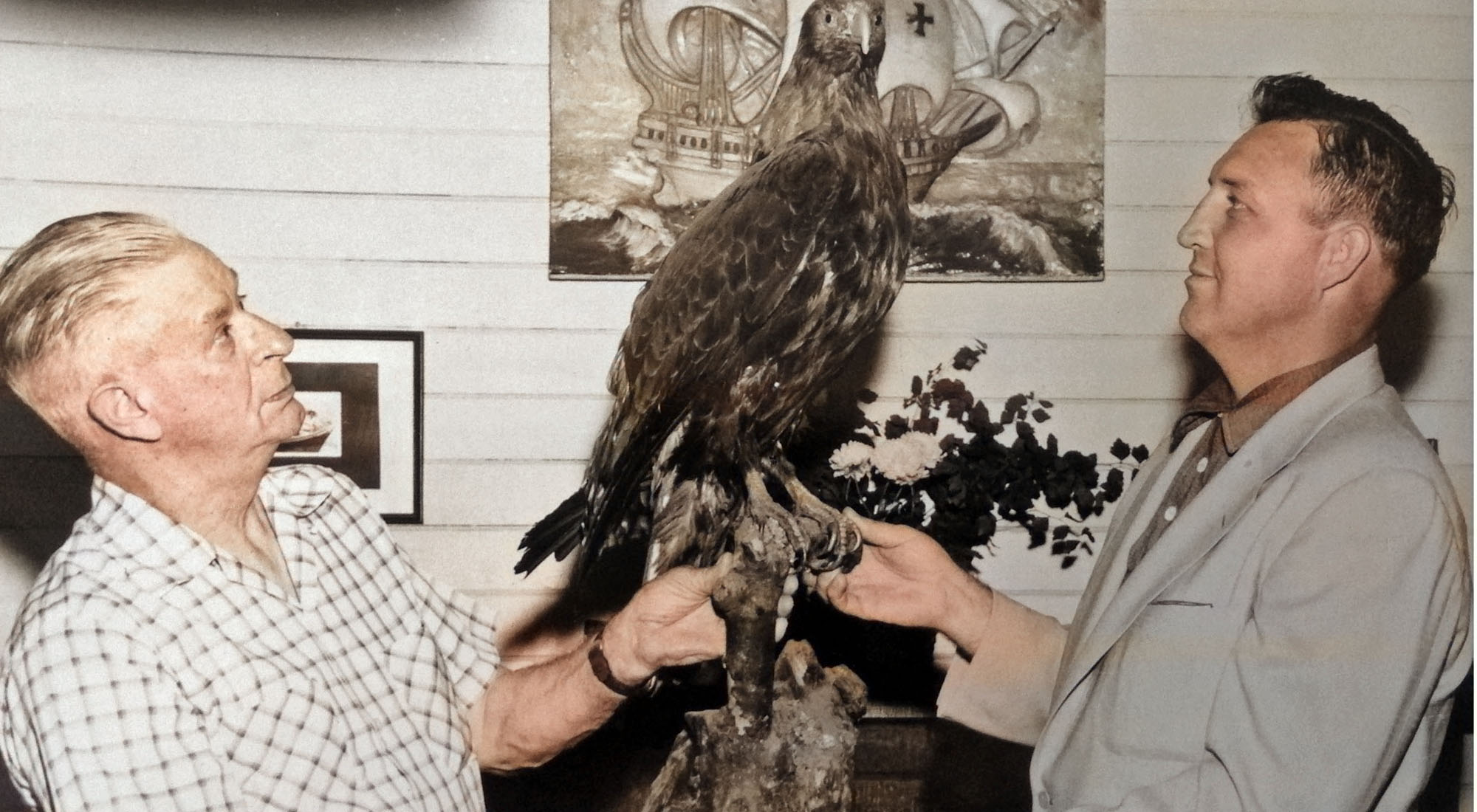 Cal son, Greg, had saved the pitchfork which had probably been used in the stables.  Greg said he found it long ago stored in the pavilion.  As you can see, the name “Every” is carved into the handle.  Connections don’t stop there. 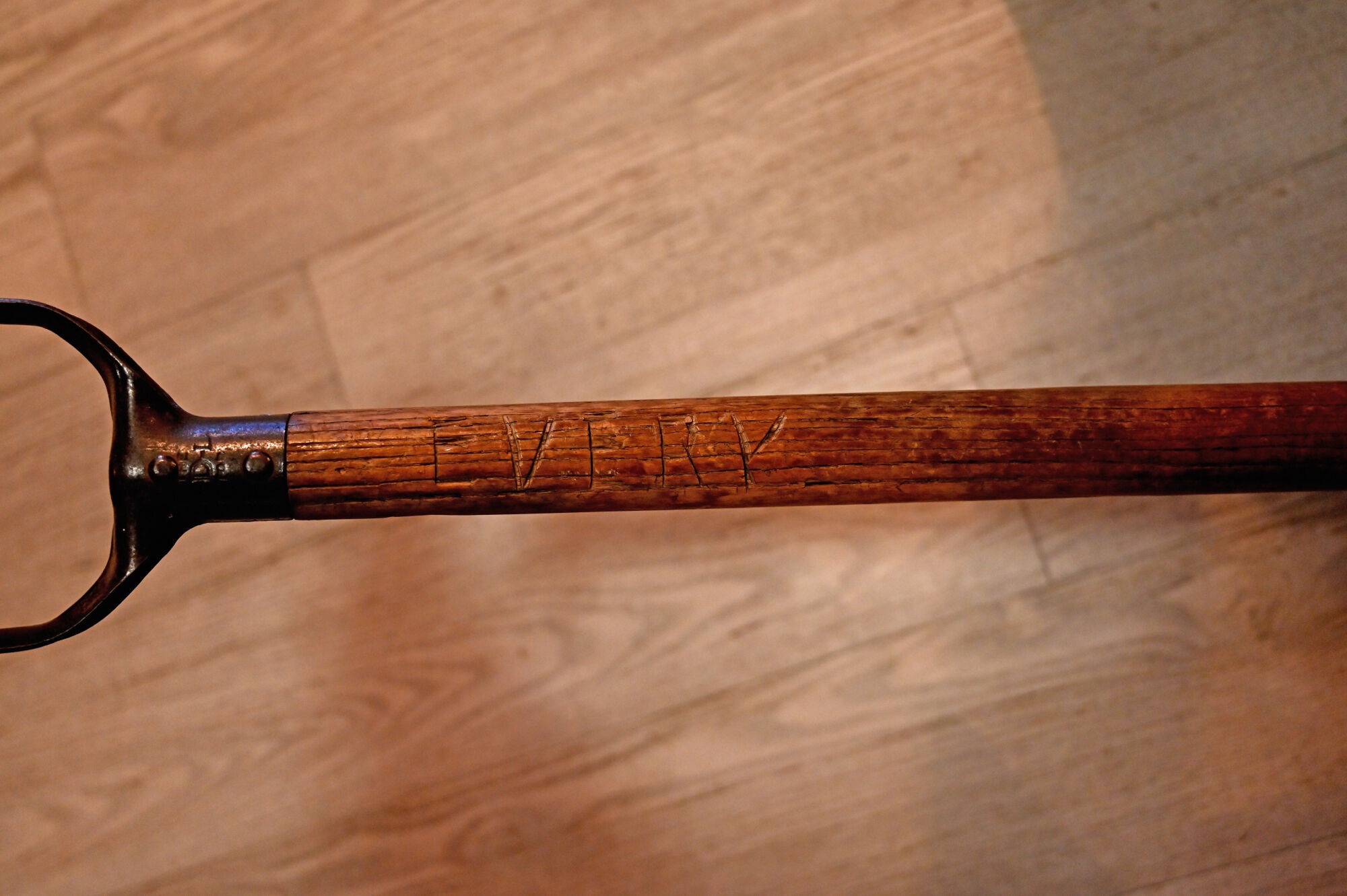 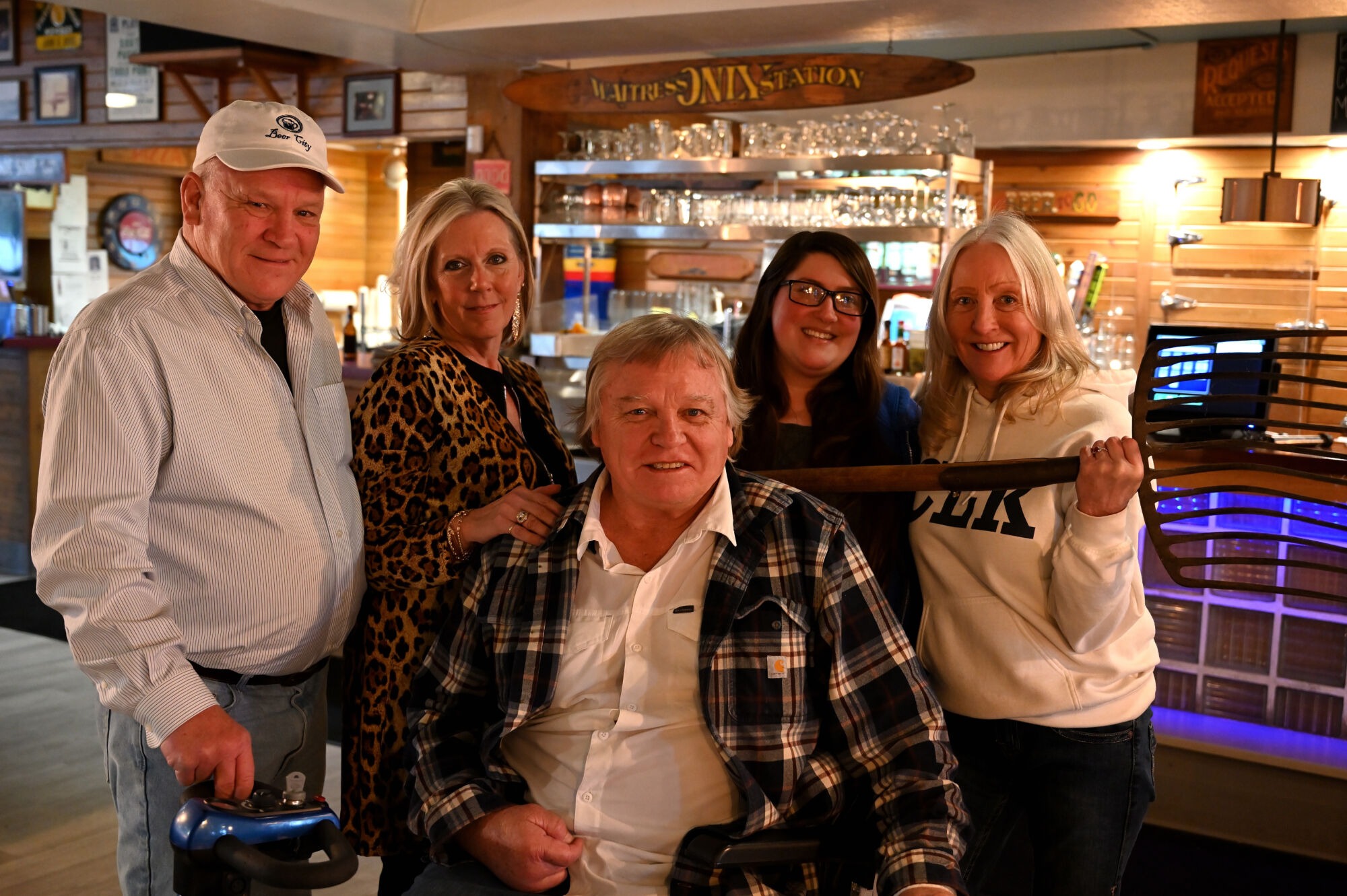 Rollo’s mailbox still stands at the cottage he once owned on Eagle Point.  In summer 2020, Jill Bentley and Dave Nichols purchased the cottage from Rollo’s heirs.  To read about that event and the Clark Lake artifacts that came to light, please click here. The pitchfork might get some present day use in Jill’s barn that house her horses. 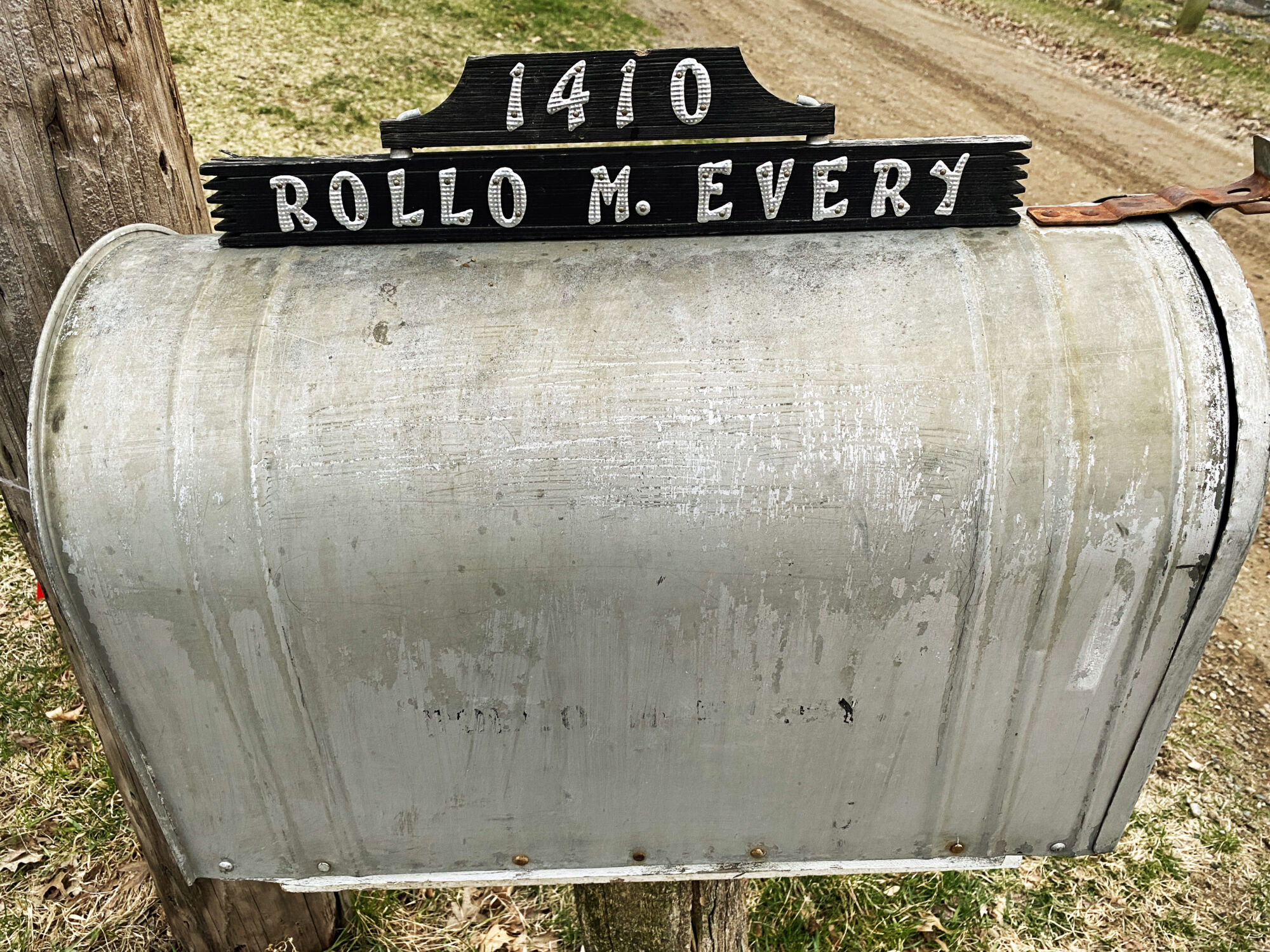 Eagle Point has long been a major Clark Lake icon.  From the early days of the Eagle Point House to now, you can feel that lake history ripple through you as you stroll the grounds.

As his parents operated Eagle Point, Greg and his siblings lived its history.  Here are some of the waymarks he tells about. Cal Pittman built the original Eagle’s Nest in 1960s.  Greg says his father was in the midst of putting in docks around the Point when he had an epiphany.  Eagle Point should have a restaurant and bar.  So, he built one.  He worked from a sketch he drew on an IGA grocery bag that happened to be handy.  Around 1978, the Pittman’s sold the restaurant to Larry Poxson.  It later changed hands again, and was operated for several years by Chuck and Tina Neuman.  Eventually the building came down.  The new owners of the property, the Dunigan’s, constructed the building you see today.  For several years, it was called the Pointe Bar & Grill.  After acquiring the Marina from the Dunigan’s, Blair Huff reunited the restaurant with the property.  He brought back the good feelings of the original Eagle’s Nest by restoring its famed name from years before.  Below, Blair and manager Jorge Orozco take down the Pointe sign.

Eagle Point is mentioned countless times on this website.  In some stories, it is in passing; for others, it is an intrinsic part of the plot. For further time travel to Eagle Point’s past through the eyes of people who came to know it well, check out these stories:

Angela Ligibel tells of Eagle Point in the 1940s