There were two events that changed my life on Clark’s Lake and they both started with the letter D. The first occurred the summer I turned 12 which would be 1952. DIVORCE.  My father was an optometrist who worked in Detroit and came out to the cottage only on the weekends.  Living two doors down from our cottage was an eligible bachelor who spied my mother lying in the sun at the end of our dock, and it went on from there. He was well known around the lake and worked for Way Baking Co. 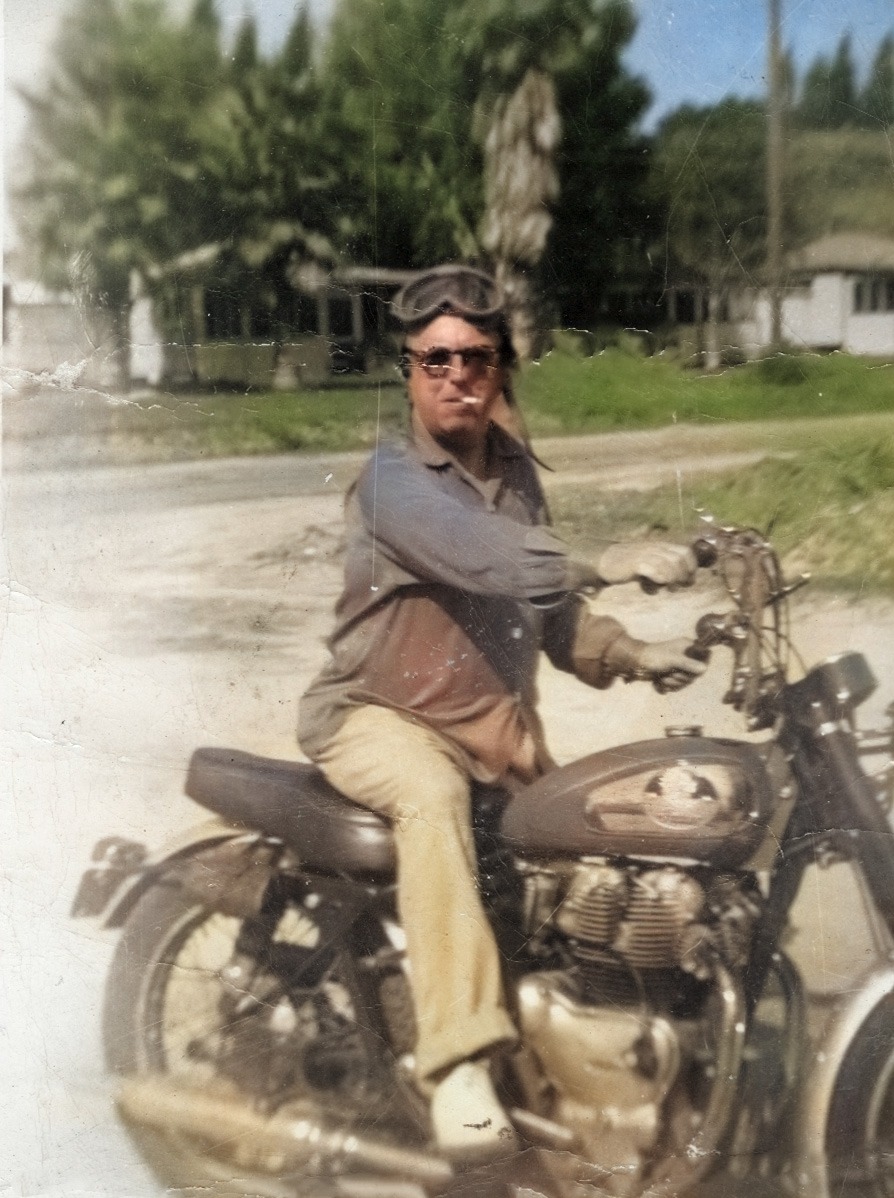 At that time the Clark Lake community was smaller and many knew what the happenings were around the lake.  There came a weekend when my father came to the lake very early one Friday morning (around 4 am) instead of Friday evening. And sure enough, parked in our driveway, was a Way Baking delivery truck. My father commenced to get in the truck and drive it around the lake, honking the horn and shouting “Bread Delivery” and throwing loaves of bread on people’s lawns. I heard that before he finished completing his circuit, people were out on their porches waiting, as the word had spread that “Doc Wilks came out a day early”.

When he arrived back at our driveway with an empty bread truck, the delivery man was waiting. My father just got out, handed over the keys, got back in his car and drove back to Detroit. And so, my parents were divorced and my mom married that eligible bachelor and we moved into the cottage two doors down. I have to say that my father was not all that innocent and leave it there.  He had his drinking buddies around the lake including Paul Speer, Dave Peckinpaw and a guy called Chicken George. 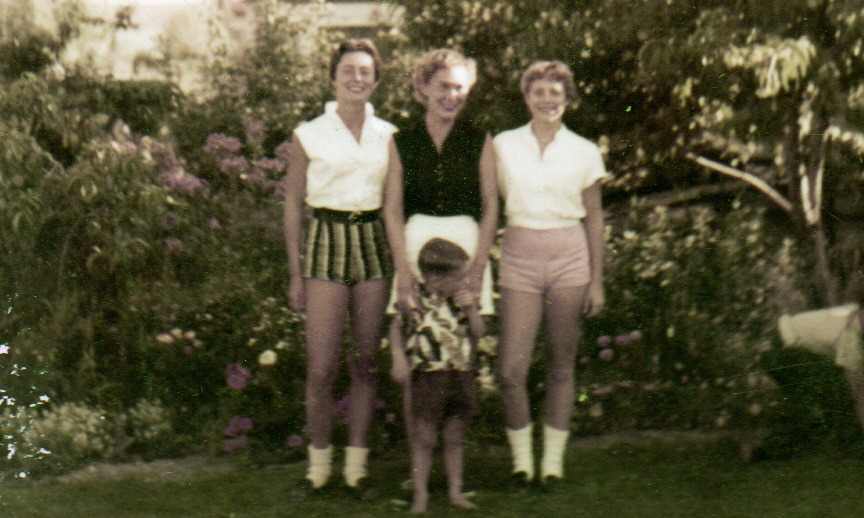 Some oldies around may still remember this incident about Paul, Dave and that whole group. So when my father would come out to the lake on a Fridays, to supposedly see me, he would pick me up, drive around the lake to Chicken George’s cottage, hand over his car keys with a carton of cigarettes and a case of beer, and tell me to come pick him up Sunday. I would carefully drive, as I was only 13, back around the lake and pick up Judy Fish and Sue and Judy Patterson (the only one with a driver’s license), park the car in the corn field along Hayes Road, and we would smoke the cigarettes and drink the beer. What a life.  It was on those weekends that we did not steal beer from various wells around our neighborhoods.

The second event occurred the summer I turned 14. DAVID. David to me was the king of Clark Lake with his Chris Craft and his water skis. The Andrews were sort of a big deal on the Lake also. I remember Granny, Irene Ryan, from The Beverly Hillbillies was a guest at their cottage one summer.  I had been in love with David Andrews since I was 5 years old. Our parents were friends around Detroit and I would see him when they got together. And I followed him around summers when we were all at the lake. So when the summer came that I got to be his girlfriend, it was a big deal. But I found out being his girlfriend was not really such a big deal.  It really meant that you learned how to make the perfect bologna and cheese sandwich for him and his friends, and learned to care for and maintain his Chris Craft. And whatever else he needed doing and could delegate. 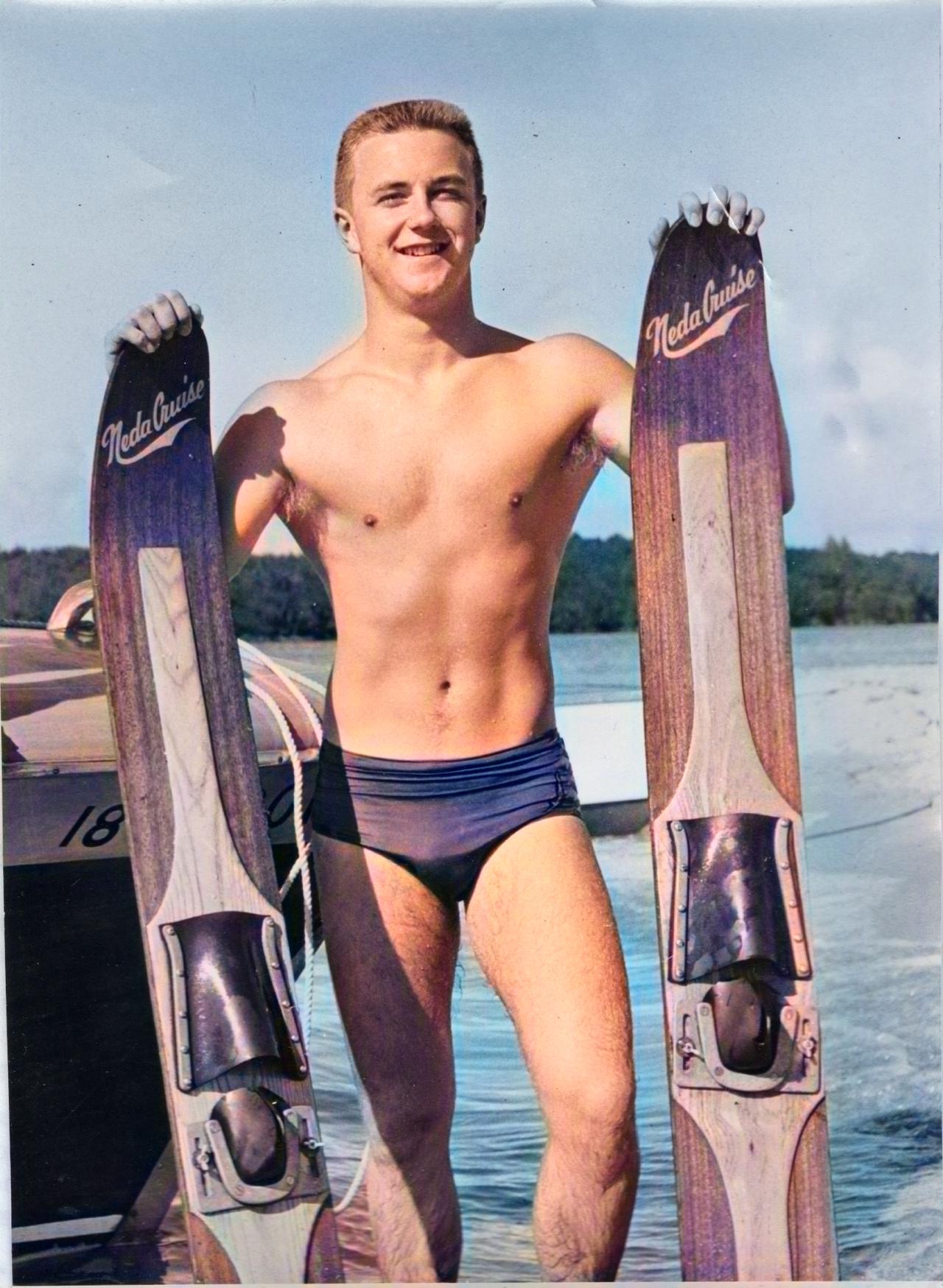 One Friday, he called me to go to his cottage and lock it up as he was not coming out that weekend. The perfect situation for me and Judy.  A big house to spend the night in. I did lock it up for him, but just a day later than he had asked.  We settled in, took the smaller speed boat for a short ride, ate sandwiches and ice cream bars and I decided to try a challenge I had heard about. It was said that it was impossible to drink exactly one shot of beer exactly every minute for exactly one hour. There happened to be beer in the cottage. So, I got all set up with a shot glass and cans of beer but could find no clock.  At that time you could call the time lady and she would count down every minute by 10 second intervals. “At the tone it will be 9:05 and 10 seconds beep, at the tone it will be 9:05 and 20 seconds beep” and so on and so on. And, yes, I did it. It turns out to be 4.5 cans of beer in an hour. I am surprised I did not throw the phone across the room as I got so tired of her voice.  But I was determined to complete the challenge. And I could barely stand up. While I was doing this, Judy was wandering around and watching me. She had gone down to the dock and saw that we had not tied up the speedboat we had taken out and it was floating out in the middle of the lake.  She dragged me out to the end of the dock and told me to swim out and get it. She was afraid to go in the lake alone at dark. I somehow swam out and dragged that boat back to the dock.  I surely had a guardian Angel at that time in my life.  I don’t remember much else about that night.

It was about that time that we started living at the lake year round. I loved the fall and winters on the lake. I loved when most of the people left in the fall and loved when they came back in the spring.  And I love it now.