Clark Lake is known as an “all-sports” lake, meaning that people swim, sail, ski, fish and ride on their rafts. 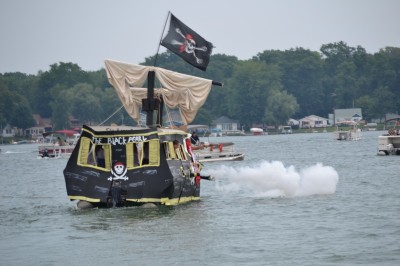 One of the Raft-O-Rama entries

There are two public parks–Columbia Township Park at the west end and a park operated by Jackson County at the east end.  Limited parking is available. 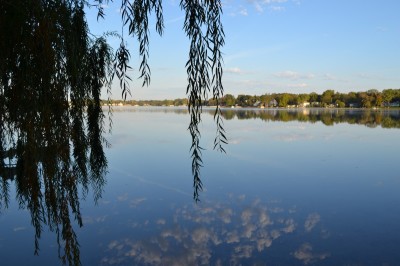 Clark Lake is located about 50 miles south of the State Capitol in Lansing and is about 12 miles south of Jackson.  Clark Lake is part of Columbia Township and is in Jackson County.  The area code is 517 and the first three digits of local landlines typically begin with 529.  The zip code is 49234.  The US Postal Service office designates Clark Lake as one word “Clarklake”.  Residents know it by its true name, “Clark Lake”.

The lake covers about 580 acres and is just over two miles from one end to the other. 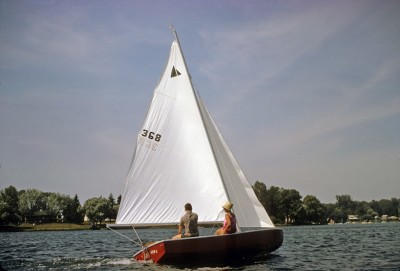 It can be circled via the Spirit Trail in 7.3 miles

The lake is about 975 feet above sea level (measured at the surface of the lake with two different iPhone apps).

Northern headwaters for the River Raisin flow from Clark Lake, which begins at the Palmer Dam at Ocean Beach and becomes Goose Creek.

Click here for a table showing annual precipitation from 1950 to 2019, as measured at Jackson’s Reynolds Field.  (Data from1984 is missing).