The legend of Rollo Every reaches mythical proportions, and for good reason.  Depending on the decades of your Clark Lake summers, Rollo could have figured into your life.

From the early days of the 20th century, Rollo owned the Eagle Point Resort.  That covered a lot of ground.  Aspects of the resort came and went.  Over the years that included the hotel and restaurant, pavilion that hosted a bowling alley, arcade, roller skating rink, musical groups, playhouse, boat storage, and marina. To many enjoying lake life, Eagle Point was a mecca.  For some it was the epicenter for social encounters. How many can remember roller skating, renting skates from Rollo at the counter, and drinking Royal Crown Cola?

Rollo left us long ago, but his descendants have continued to own and visit the Every cottage located in the Eagle Point cove. That is about to change.  The Every family is selling.  The buyer?  Two well-known Clark Lakers will own the cottage jointly—Jill Bentley and David Nichols.  David currently has an interest in the original Nichols cottage also in the Cove, and Jill owns the house, horse barn, and fields on the Eagle Point hill.  She is affectionately known as “Jill Up the Hill.” 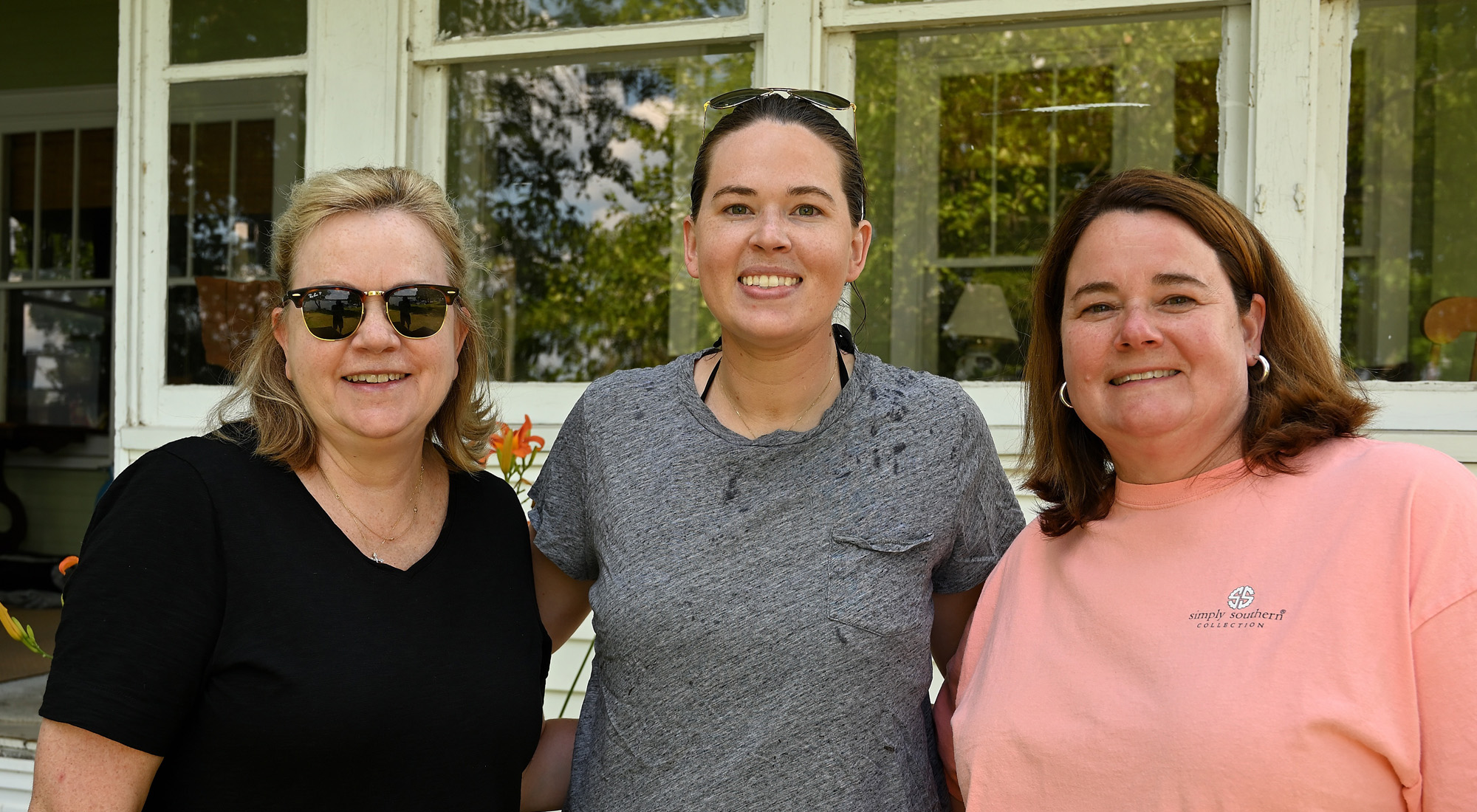 The cottage is a treasure trove for one very good reason. It houses a unique recording of Clark Lake history.  This one of a kind historical record was the inspiration of Virginia Every.  Virginia was current owner Patsy Every Knott’s grandmother, and Rollo’s wife.  An epitome of a southern lady, she charmed everyone with her drawl.  When Clark Lake kids stopped by the cottage, she would graciously welcome them and measure them.  Measure them?  Yes. She would record their height on a wall. So, kids who returned the next summer could see how much they had grown.  The height measurements covered a door, then a wall, and then another wall. Today those measurements are still there and legible.  Adults from middle age to those in their 70s can find their names and the year the height measurement was taken. The Every’s report that it’s not unusual to hear a knock on the door to find someone who wanted to find their name on the wall…decades after being inscribed on it. 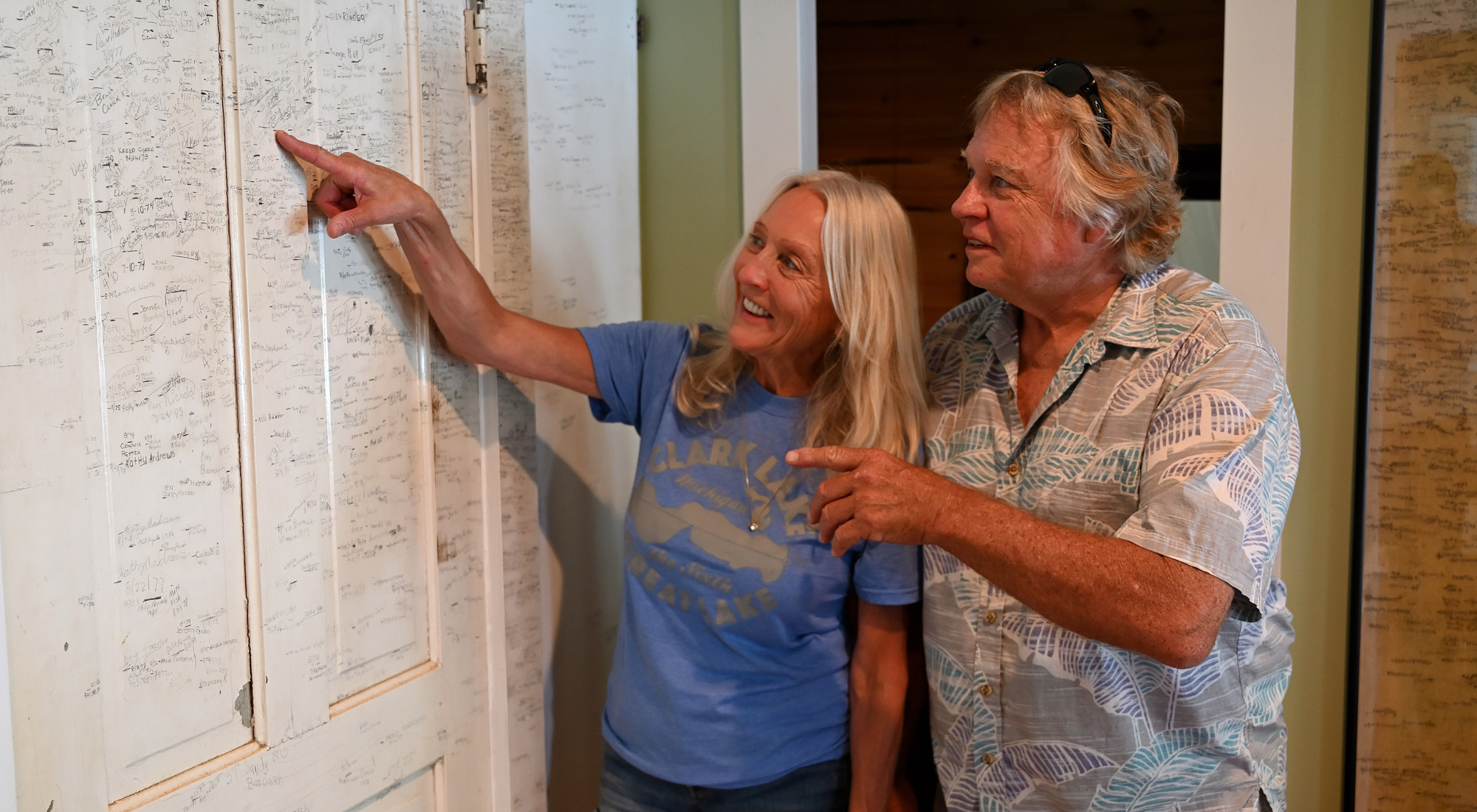 Not everyone at Clark Lake participated or were even aware of this activity.  But, when reviewing the names, not only do you find those who were nearby, but many from other parts of the lake.  They became part of Clark Lake’s permanent record.   In this slide show, see if you find your name or a familiar one.

According to Jill, they intend to spend some time at the cottage, enjoying its location on the water, while maintaining the barns, their horses, and house on the hill.  They also look forward to inviting family and friends as guests. 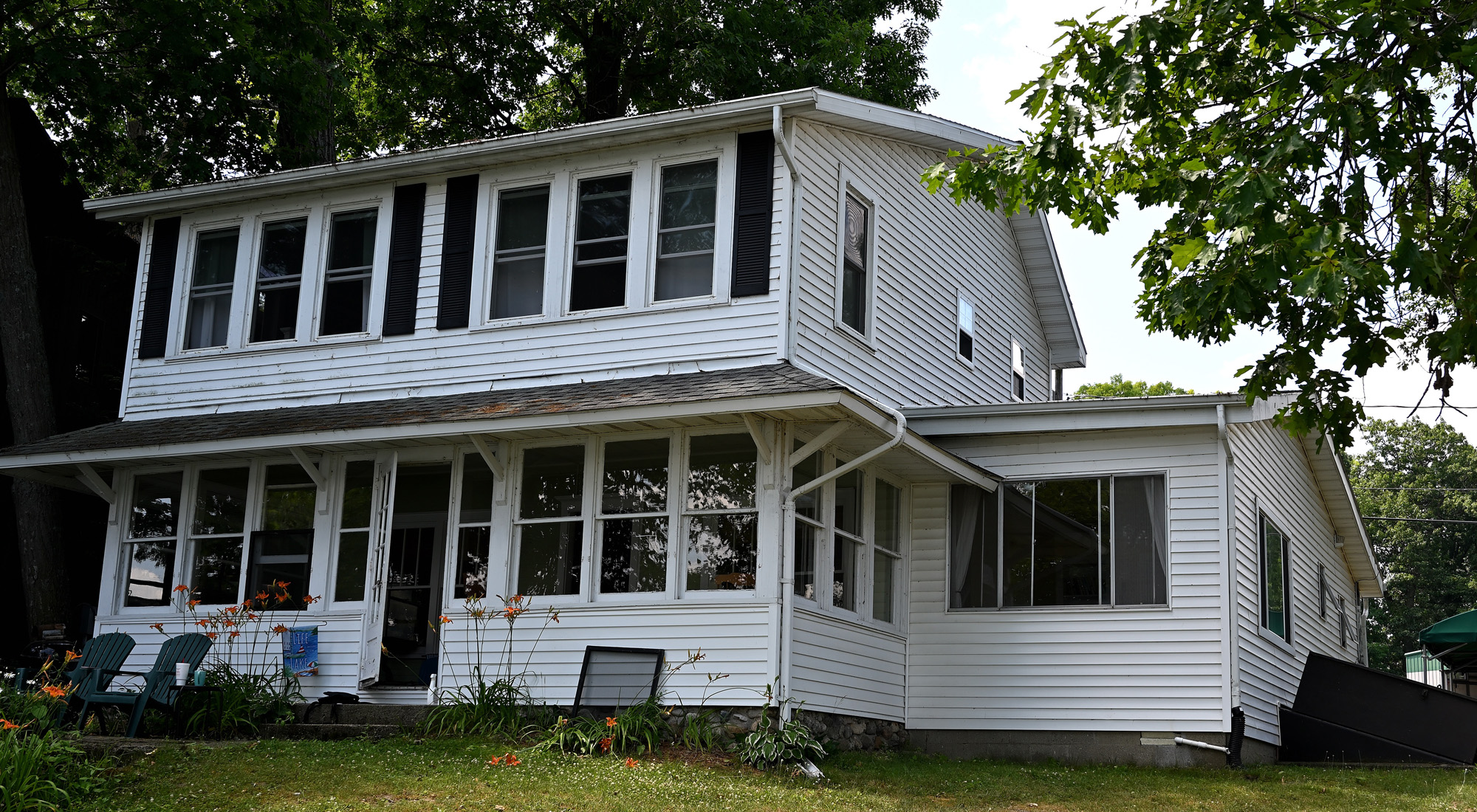 Every cottage in the Eagle Point Cove

As with many long-held cottages at the lake, other artifacts dot the walls, including the photo of Rollo Every taken in Florida.  The Knotts are in the process of going through years of family belongings before turning the house over to the new owners.  It’s good to know the new owners love Clark Lake and its history, and look forward to preserving the measuring walls.  Scroll down for more artifacts.

FACTOID:  Did you know Rollo’s name appears on the new Welcome to Clark Lake Sign? 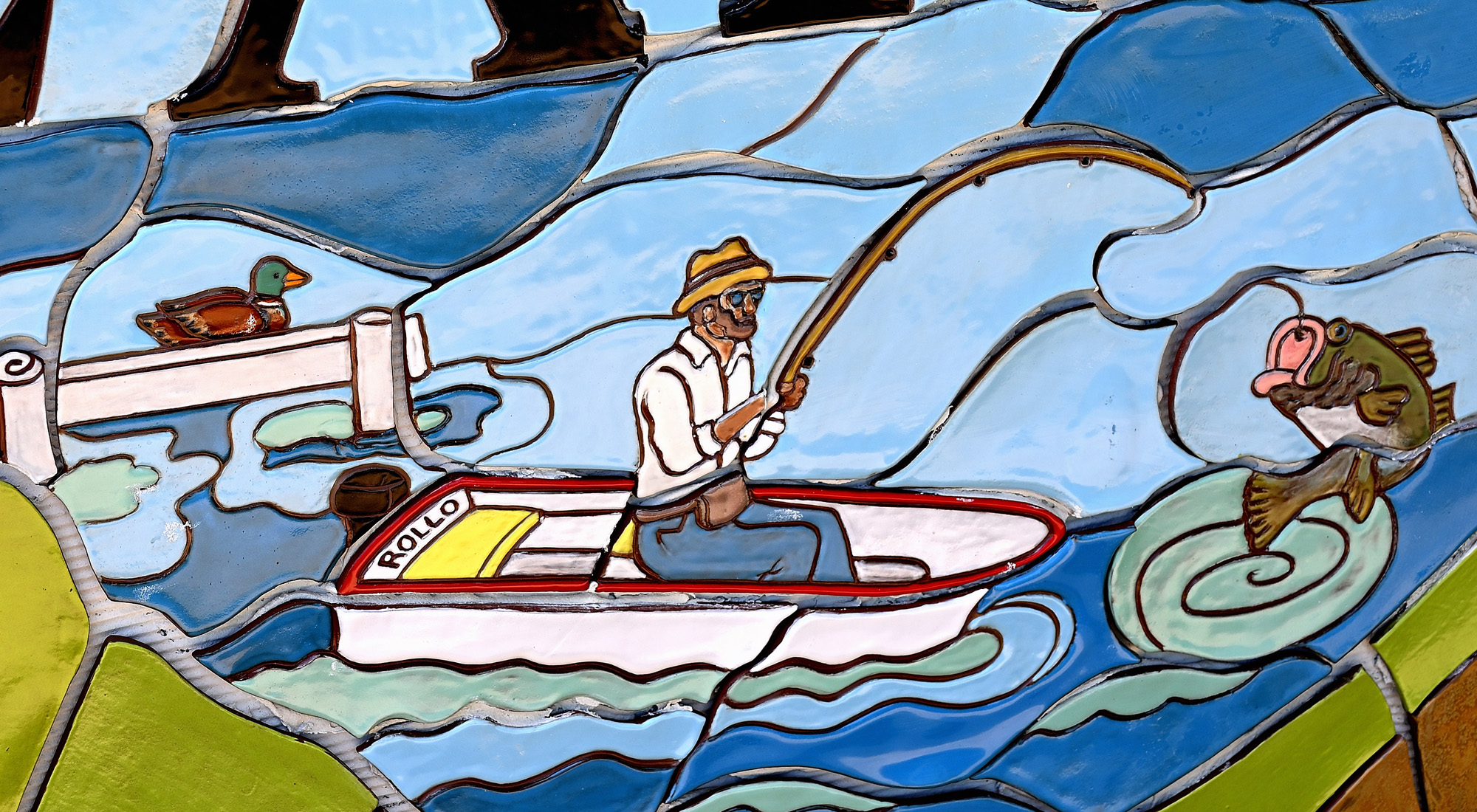 Rollo was never known to be a fisherman, but his name is indelibly included on the transom of the boat and, in this way, will continued to be remembered. 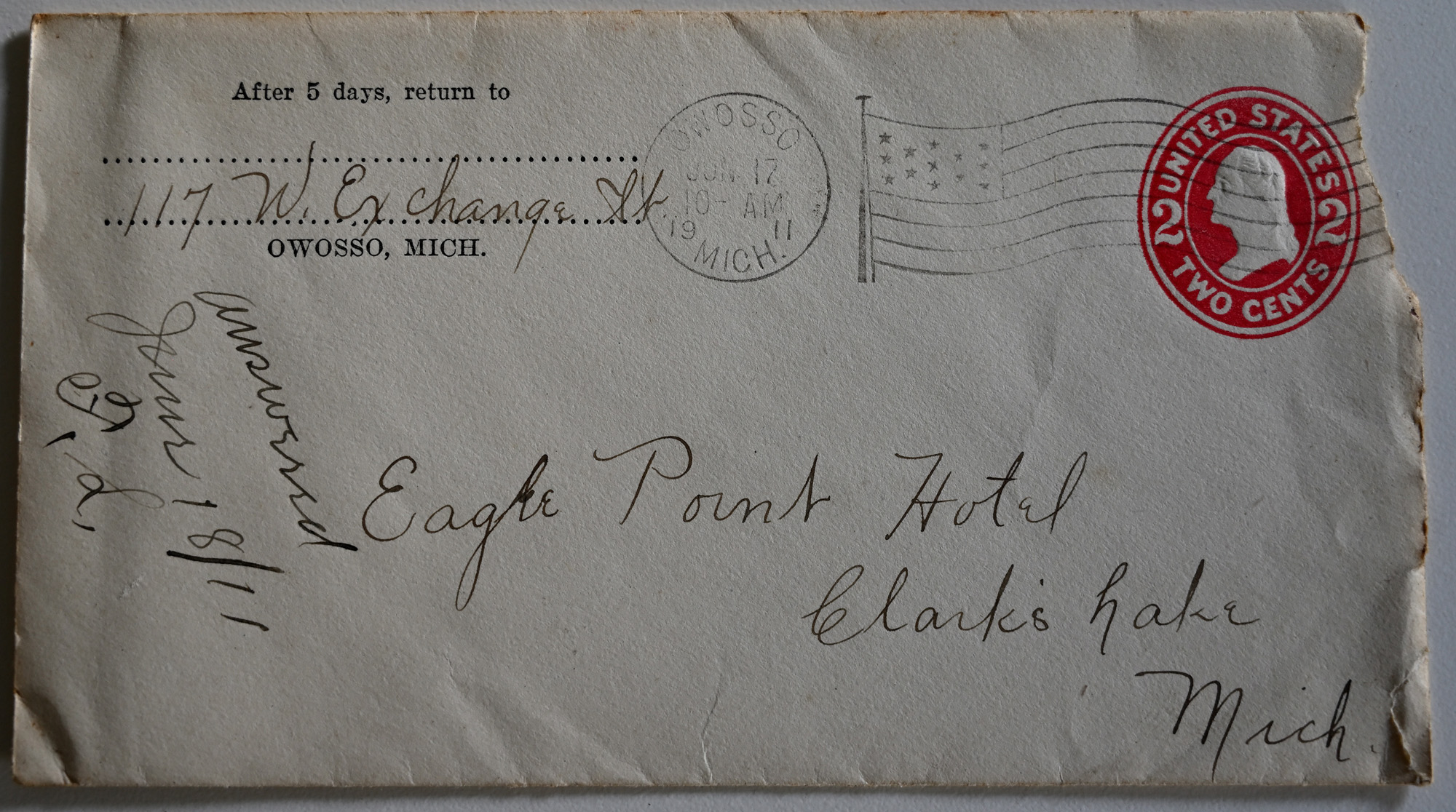 A 1911 letter addressed to the Eagle Point Hotel from Owosso. 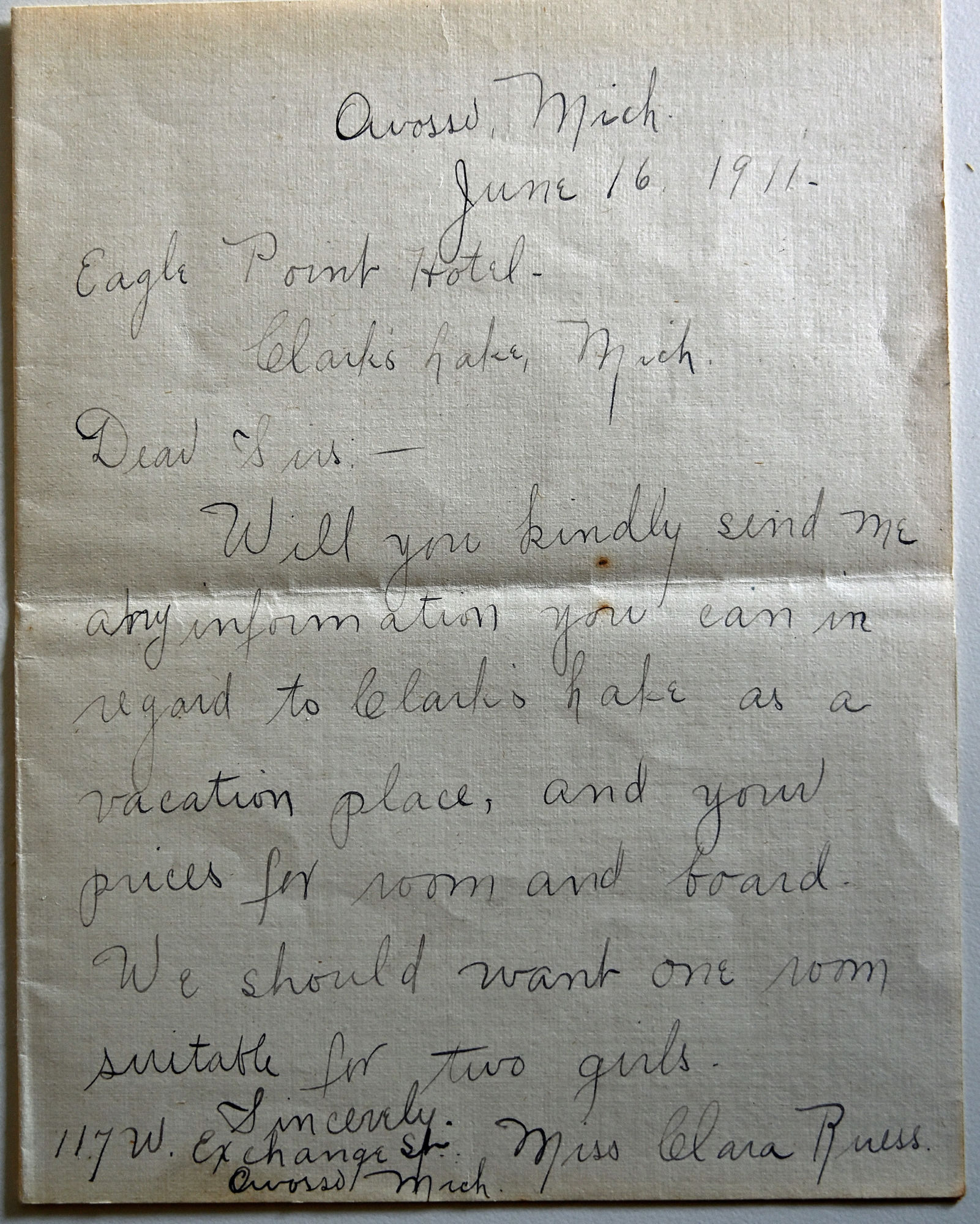 And finally, this.  So far, anyone looking at this has only guessed at what it might be.  Do you know?  Please comment below. 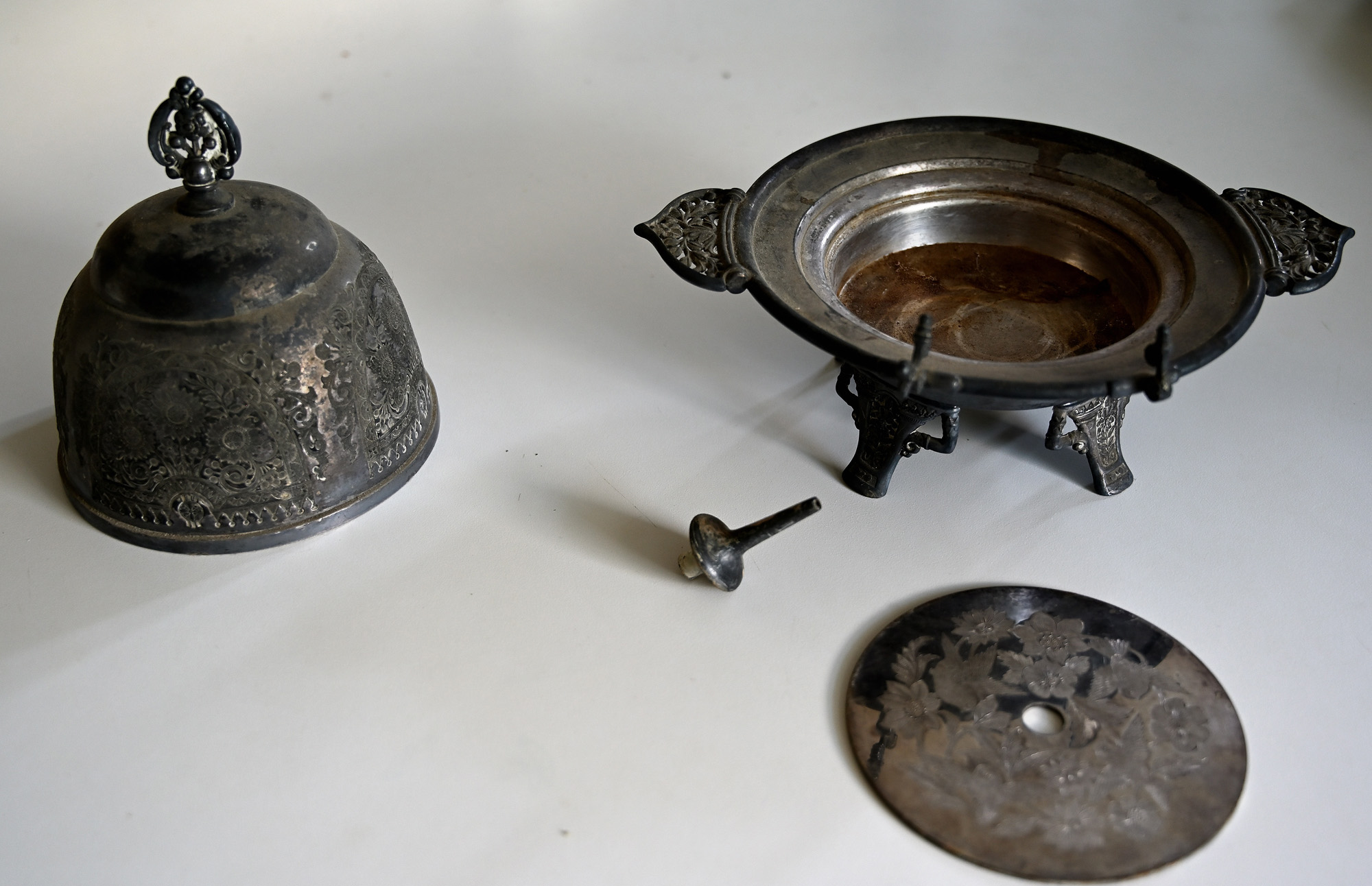