The Clark Lake Yacht Club’s Fall Regatta was three events in one this year—the Buccaneer National Championship, Sunfish Regionals, and the annual Clark Lake Invitational.  The Buccaneers were on the lake for practice races on Thursday.  Main competition was to take place on Friday, but the doldrums hit Clark Lake.  Usually Clark Lake has some wind, but it was certainly missing in action on Friday.  The Buccaneers Nationals took place on Saturday morning.  Saturday afternoon, they joined the Rebels, Wayfarers and Sunfishes for the Invitational that continued on Sunday morning.

If you live anywhere near the Yacht Club, you might have heard some loud outbursts.  Buccaneer sailors utter a pirate-like “aaargh” as an explanation mark.  They are known to shout some other phrases, which your reporter was not able to decipher.

Here are the Buccaneer A results.

Here are the Buccaneers B results.

The Buccaneers had a separate award ceremony for the National Championship outside, led by Clark Lake member Larry Schmida. 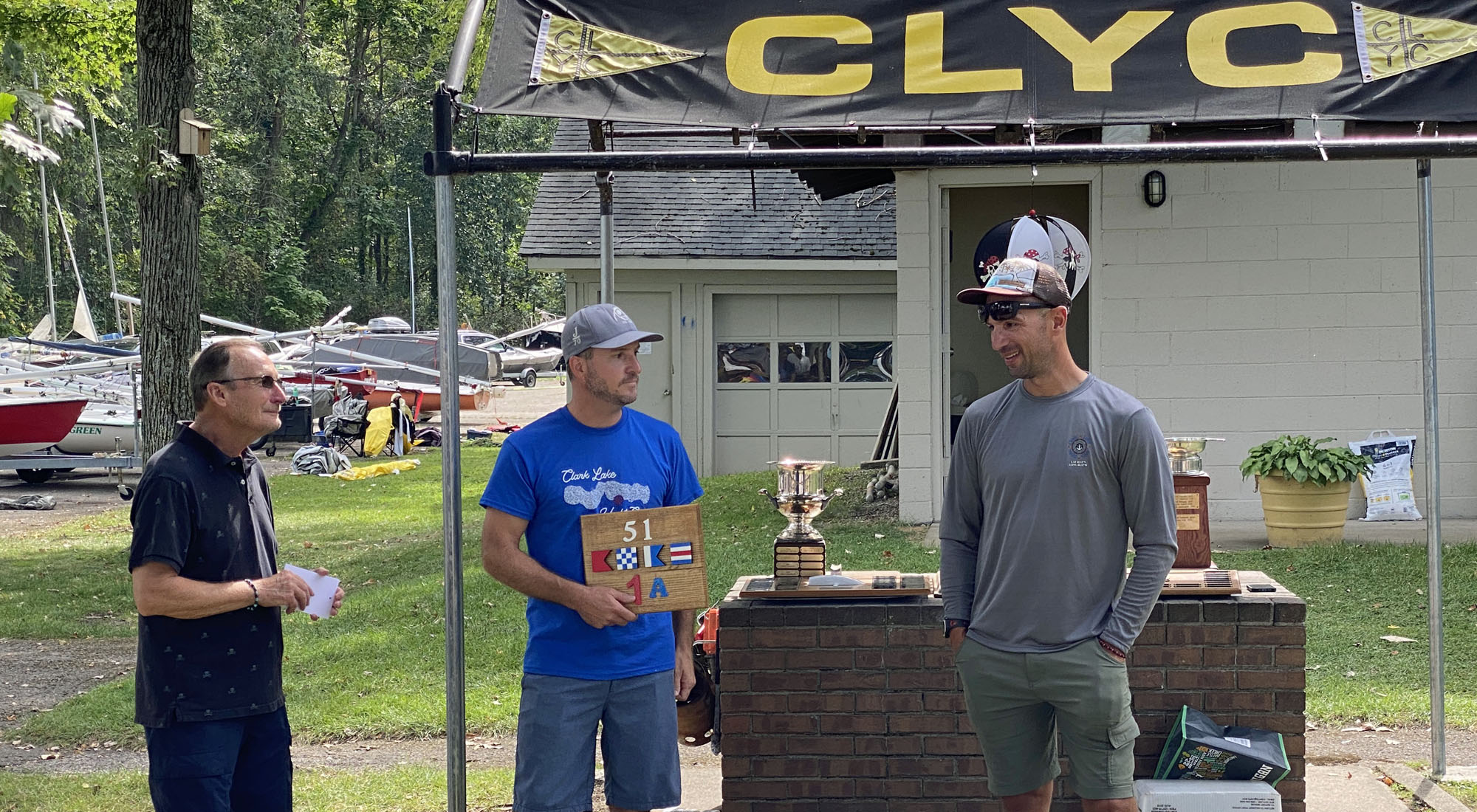 Here are the Rebel results.

Here are the Sunfish results.

Here are the Wayfarer results.

In the video below, Pat O’Harris, Yacht Club Commodore explains the three events this year.  Also hear what brought sailors to Clark Lake from as far away as Alaska, how racing differs from sailing, and their impressions of Clark Lake.  The video shows how maneuvers can become intense around the markers, but can then resolve into smooth sailing.

More pics of the action.

Events like these don’t happen their own.  They take many hours of prep, operating the event, and conducting the races.  In these photos, you will see some of the people who put on the show.   Included are the officials on the committee boat who conduct and score the races.  Two or more support boats accompany the race courses.  One of them helped by maneuvering close enough to the sailboats to enable your reporter to take the photos.

To be sure, other unsung heroes at the Yacht Club contributed to the success of the event.

Finally, this sunrise picture was taken by club member Michele Studer from her dock on Hyde Road on Saturday morning.  Did it portend a fresh breeze was on the way for the sailors? 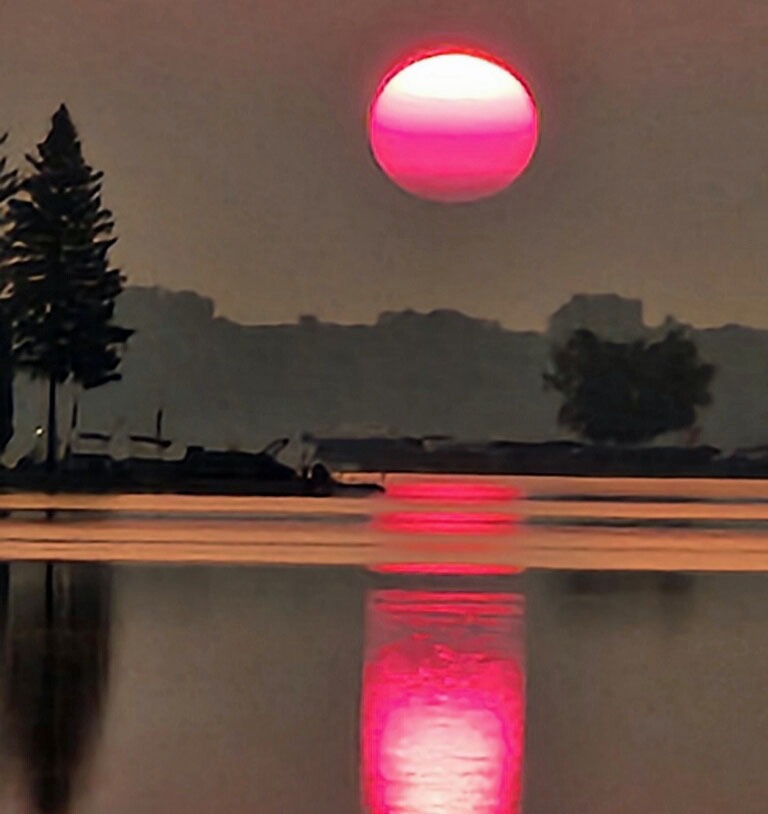