Clark Lake’s Memorial Day parade is gearing up for tomorrow (Monday) morning.  This annual commences at 8:30 am and moves from north to south on Hyde Road, and then turns around at the Township Park and heads north.  Once heading north, the parade will stop in front of the Columbia Township Cemetery where two members of the Columbia Central Band will play taps–first at the front of the cemetery, and then echoed at the rear, a very moving experience.

Community groups participating include Raft-O-Rama.  Joe Collins says the committee is inviting all past Spirit Award recipients to join them on the R-O-R float, which, of course, will be a raft on wheels.  Participants should assemble not later than 8 am at the schoolhouse on North Lake Road. 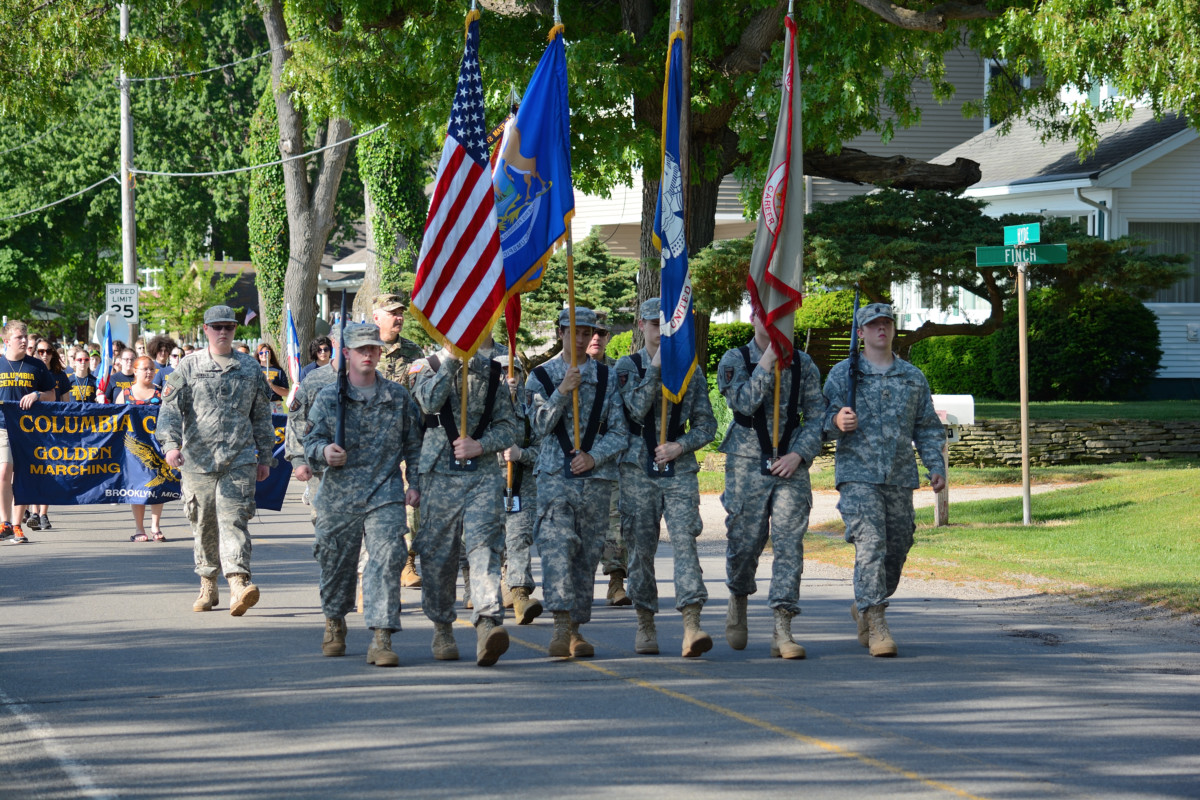 The focus of the three day Memorial Day holiday is not lost at Clark Lake which is why the Lions Club works hard to commemorates it through this event.  Each  year there is a touching salute to those in the military who died in service to our country.  This year Dick Tallman will deliver the Memorial Day address in front of the Clark Lake Community Church on Hyde Road.  Dick is a retired Lieutenant Colonel and many will remember him as a prominent State Farm agent in Napoleon.