In keeping with tradition, a crowd of Clark Laker’s gathered along Hyde Road at the west end to view the parade.  Assembling along North Lake Road, the parade made its way south on Hyde, passing by the Clark Lake Community Church and the Columbia Township Cemetery until it reached the Township Park.  At that point, it reversed direction, heading north, giving spectators another chance to enjoy it as it returned to its point of origin. 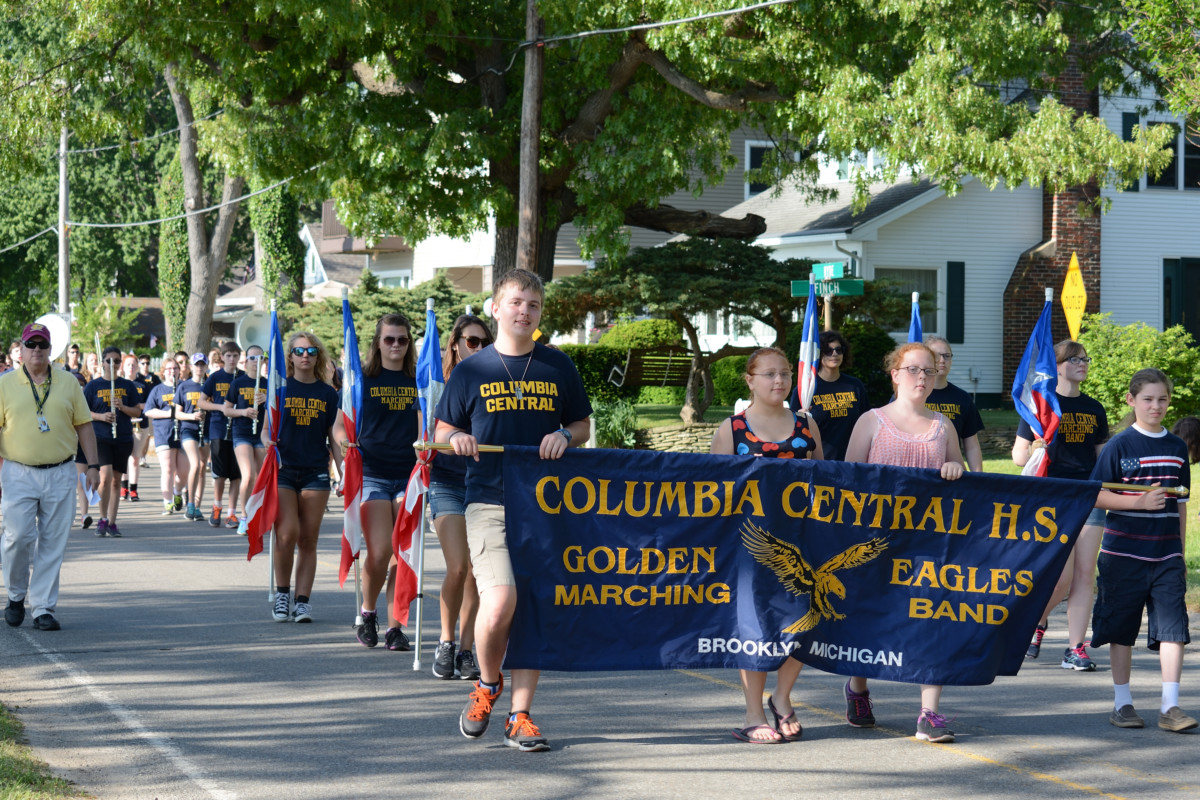 A favorite part of the parade are the kids.  Their bikes decorated, they are a featured part of Clark Lake’s biggest little parade.  They did not disappoint.

As the parade headed north, the procession paused at the cemetery where Taps was played–first from the front of the park, and then echoed from the back. The honor guard stood at attention while Taps was performed. 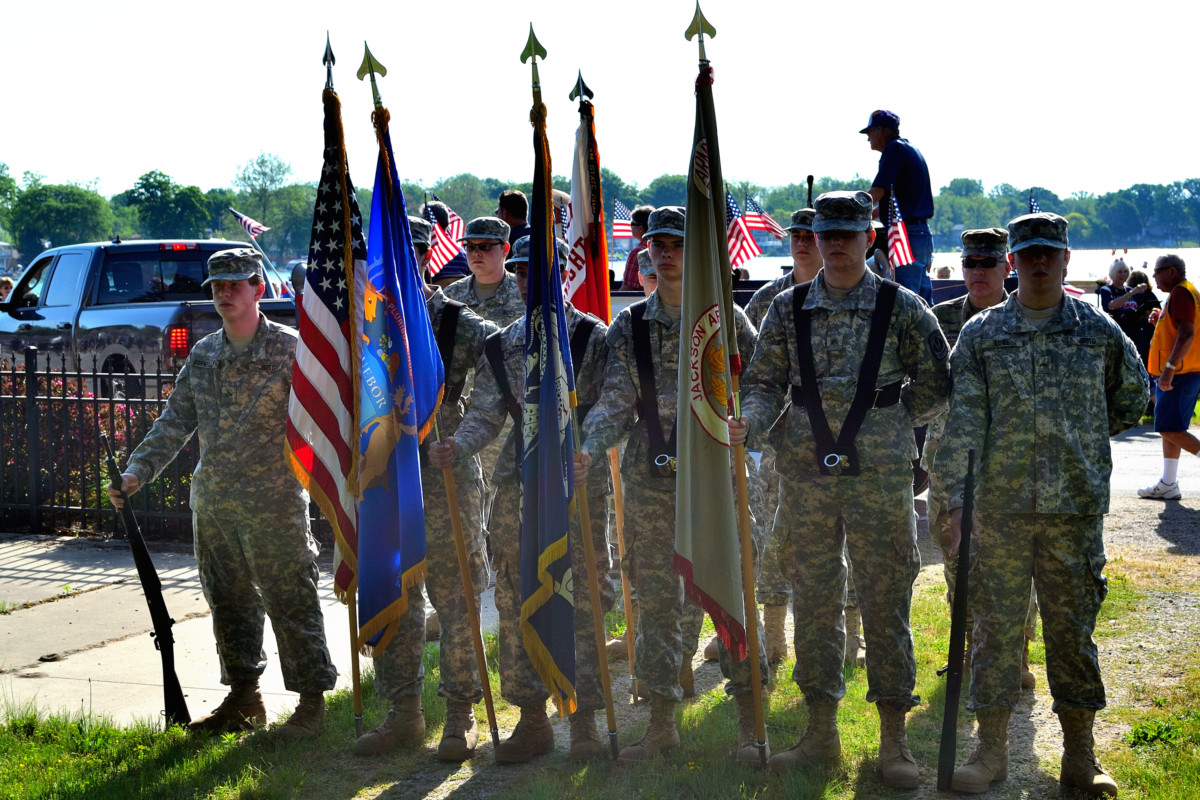 From there, the crowd and activities moved to the grounds of the Clark Lake Community Church.

At the church, Dr. Lynn VanWagnen was the featured speaker.  Before the main part of his message, he took a minute to tell of the parades beginning in 1977.

Dr. VanWagnen highlighted the service of those in the cemetery who fought in wars on behalf of our country.  His son, Randy, who is a professor at Washtenaw Community College, told the stories connected with their service.  Not only do the stories do honor to the memory of those individuals, but they offer a fascinating look at what they went through.  At a later date, those stories will be added to this website under Historical Perspectives.

Two veterans with more contemporary histories were honored–Walt Reed and Hop Anderson.  Also later, those stories will become part of this website–Walt Reed under My Clark Lake Story and Hop Anderson, under Tributes.

Along the way, there were many things to see. Please click on the first photo to enlarge it. Then move your mouse to the right side of the photo and click on the arrow to advance to the next one. 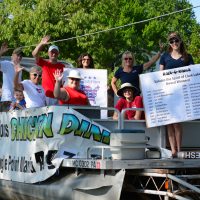 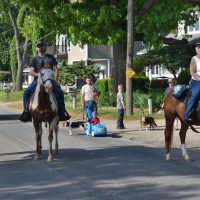 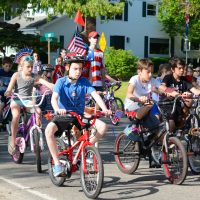 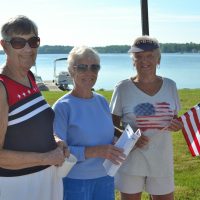 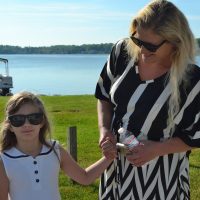 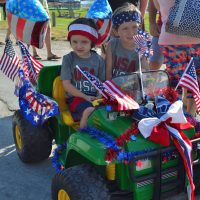 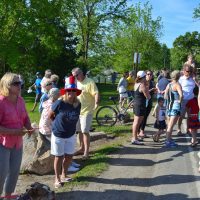 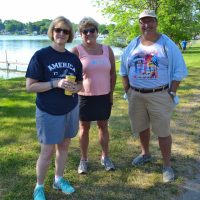 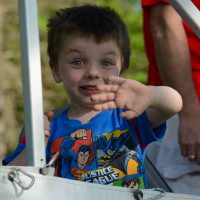 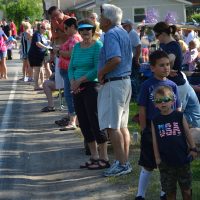 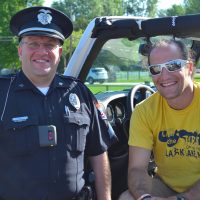 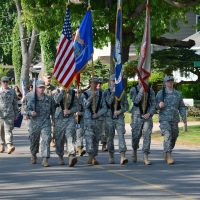 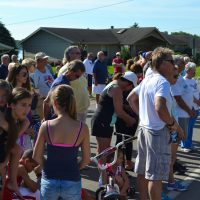 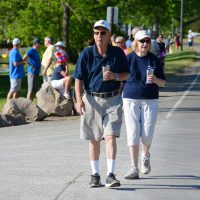 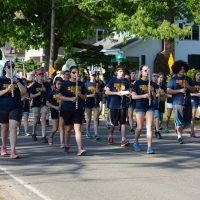 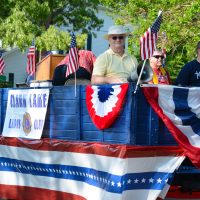 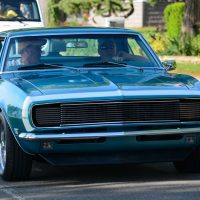 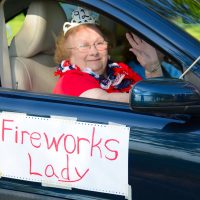 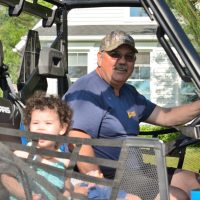 The Napoleon Band played rousing salutes for each of the armed services.