At last month’s Columbia Township meeting, the board rejected a special assessment district (SAD) to pave the dirt portion of Eagle Point Drive.  This section follows the Cove from the Point eastward.  A majority of property owners petitioned the Township to establish the district.  Jackson County had agreed to pay for 30% of the paving with the rest being charged to homeowners over a three year period.  The County also agreed to correct drainage along the road. 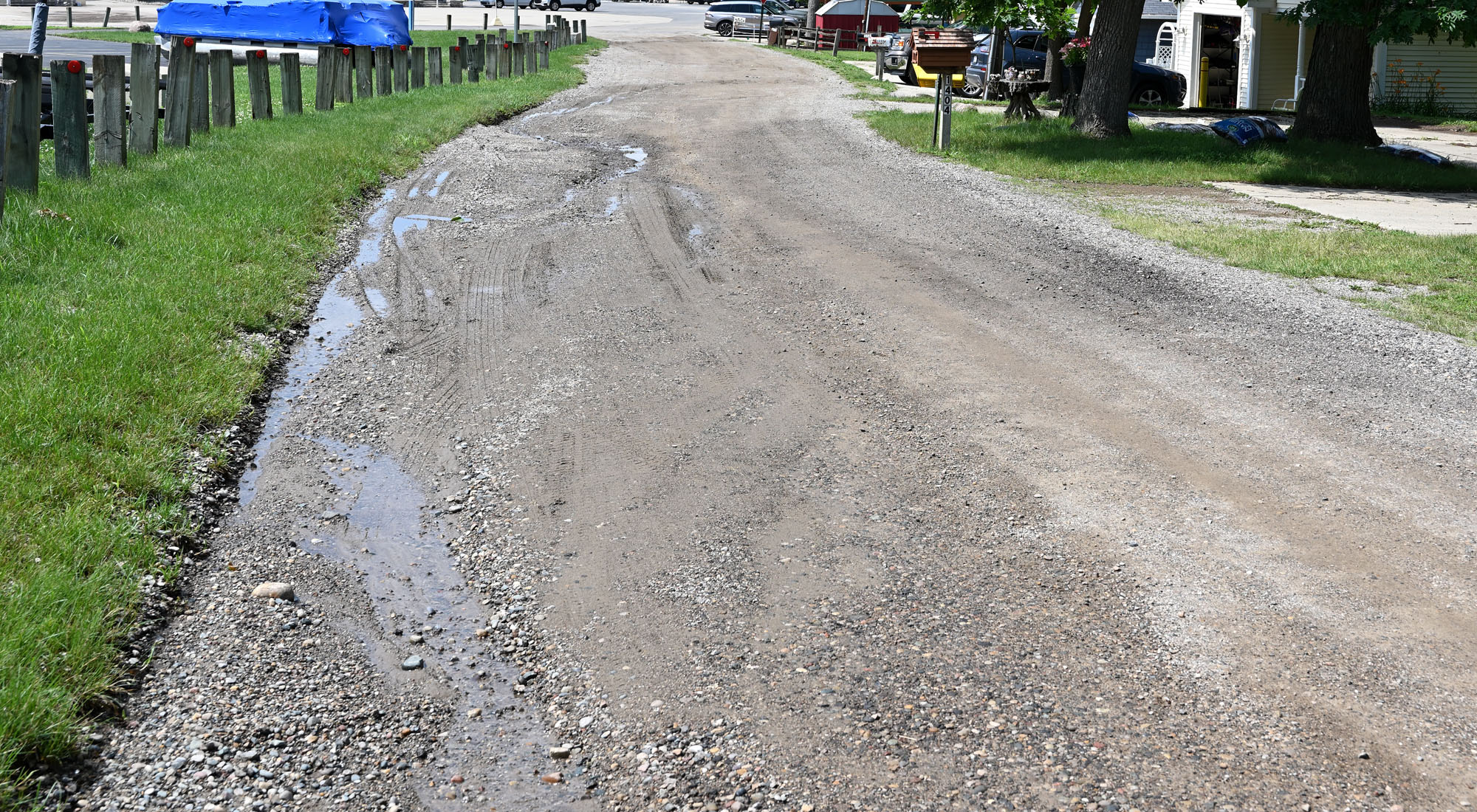 Last night (Monday, July 19) the board reversed last month’s 4-2 rejection vote.  After rescinding, they tabled the issue until the August meeting.

Note: Edits to the video were made to improve continuity and omit pauses.

Here is some additional context to this story,  Going into the June 21st Township meeting, trustees had voted at three previous hearings to go forward with the SAD.  When establishing a SAD, petitions favoring the proposal must exceed 50% of the landowners.  This majority had been achieved.  At the June meeting, six residents spoke against the SAD during public comment.  Video of those comments were included in the June 21 story about the meeting (click here to view their comments, and those of attorney Kurt Parker).

In other business, the board passed two motions for conditional final site plan approval, based on recommendations from the planning commission.  One was for Annette Fink’s artist’s office and studio on Vining Street.  The other gave similar approval for an expansion of Boater’s Choice in Brooklyn.   Votes for both were unanimous.