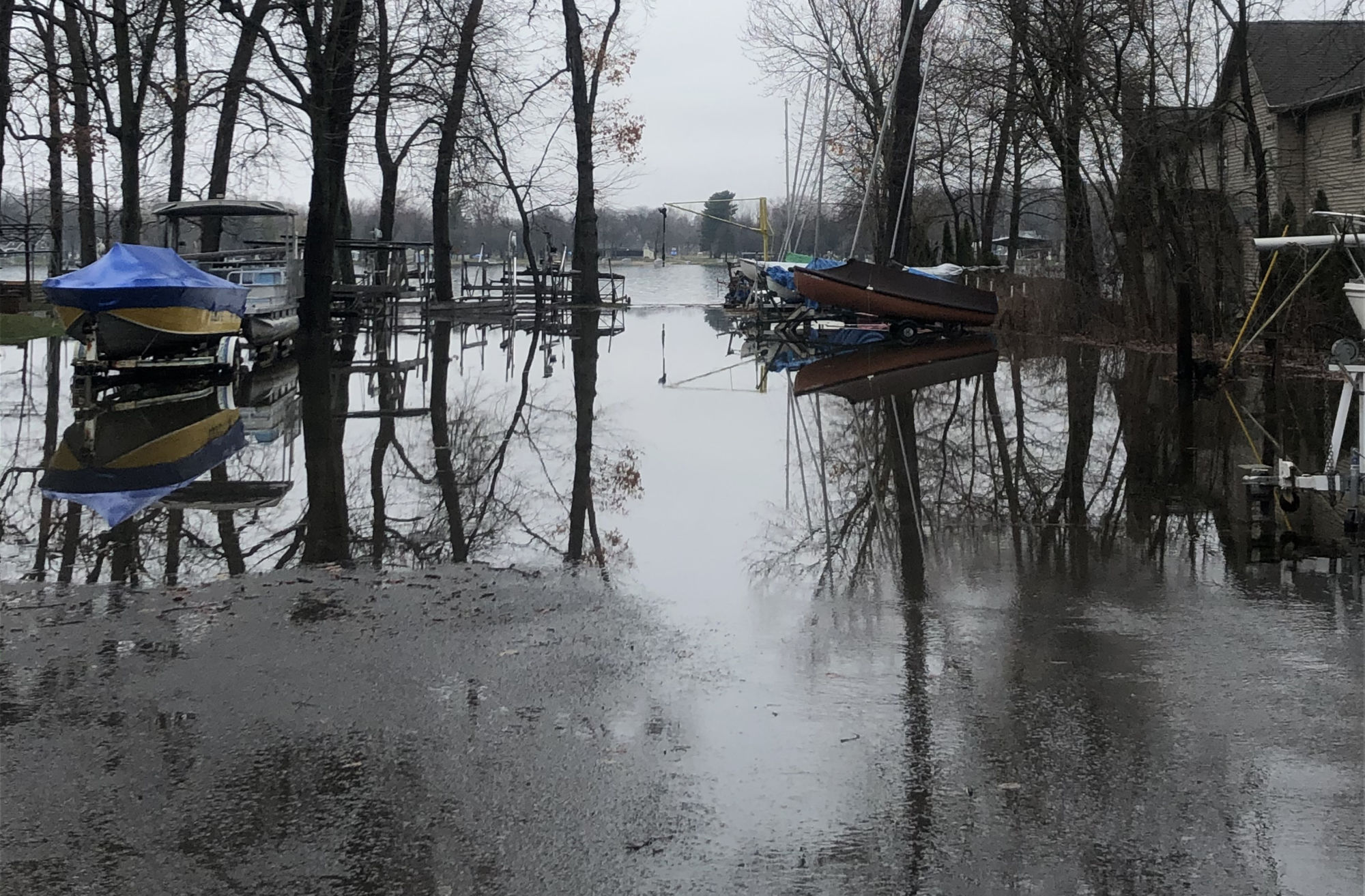 Heavy rains, accompanied by thunder and lightning, descended upon Clark Lake last night.  The wild weather left a mark that rhymed with a similar event about ten years ago.  Don Fowler, who lives near the Yacht Club, found water creeping up through his yard.  He discovered the Club’s grounds were flooded.  Don said “water rolls down all the way from Jefferson Road toward the lake, and the Yacht Club is in its path.”  Usually a drain carries the runoff to its eventual destination, but not today.  “Several of us were into water over our knees searching for the drain behind the Yacht Club building.  Leaves had plugged it up.”  The several included neighbors Bob and Robert Lajdziak, Lee Wilbur, and the Yacht Club’s Chris Bish.  Tucker Boyers photographed it. 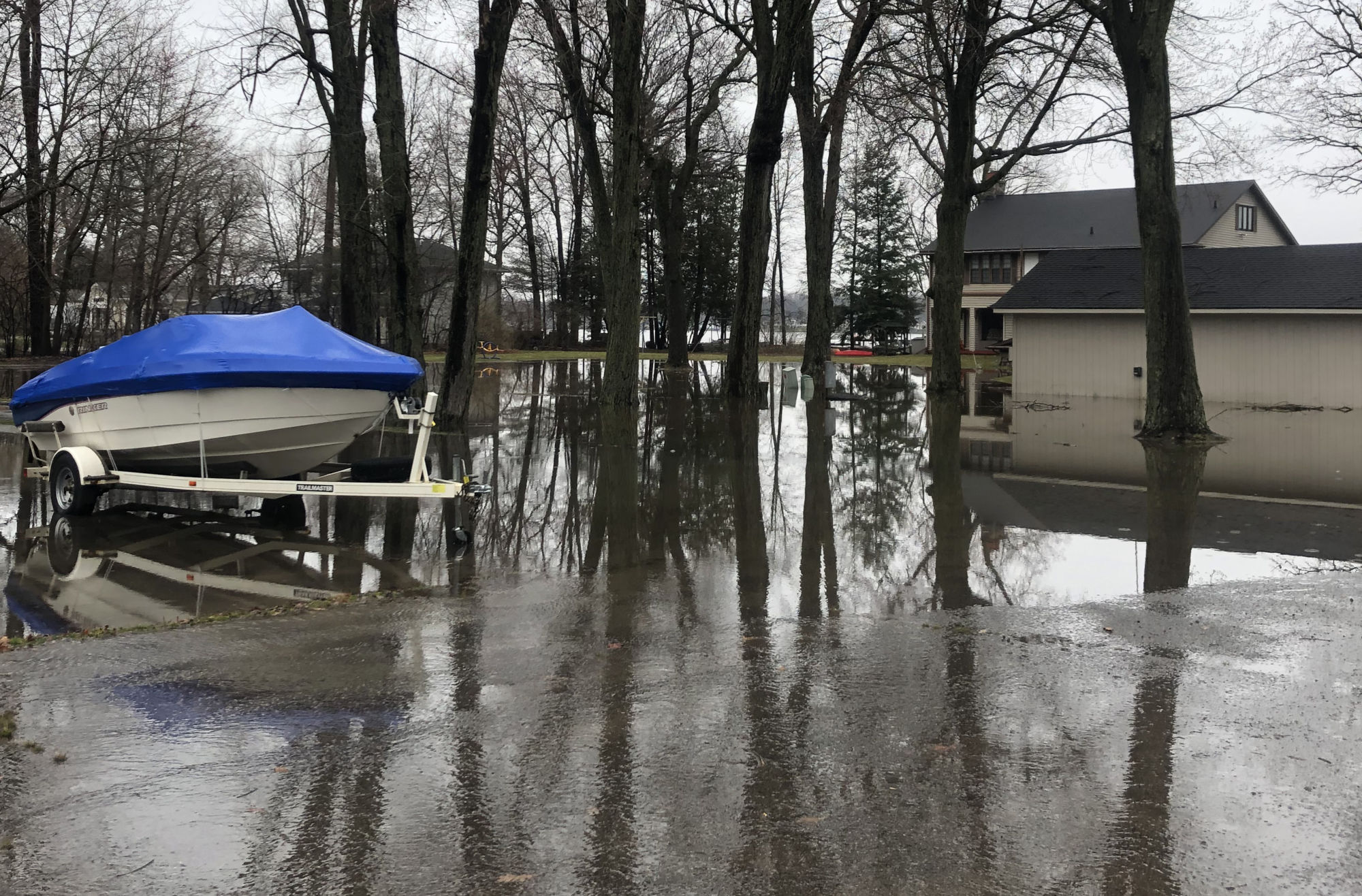 The Yacht Club was not the only place to be inundated with nature’s excess. Melissa Owings, on the north shore near D Lane, reported “a super overwhelming rush of water coming down from the road, emptying into my yard.”  The drain couldn’t handle it, and water flooded the house and garage.  She said the drain eventual handled the flow, but it needs to be cleared.  “Thank goodness for neighbors helping out.” 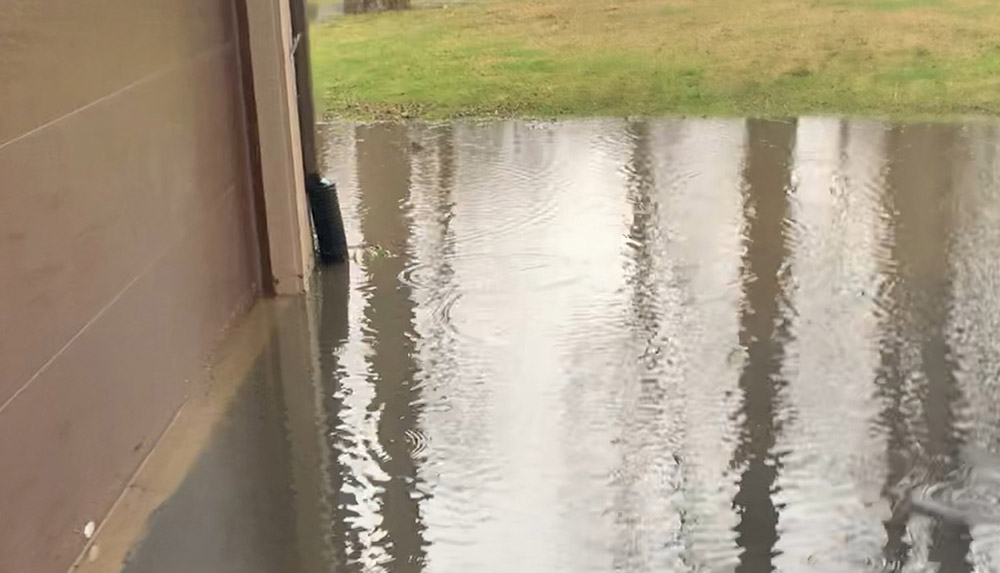 A look around the lake revealed ponds forming, as they sometimes do.

Water from the Eagle Point swamp drains into the lake through a culvert under Lakeview West.  Heavy rain can cause Eagle Point to flood near the sewer lift station.  Although there was water on either side of the road, it didn’t cover the road.  After last summer’s abundant rain, and the ground not yet absorbing what’s happening now, the lake level is high.  So, is the swamp.  And that’s far different from 2017 when the very same swamp dried up.  Click here to revisit the story that includes drone video. 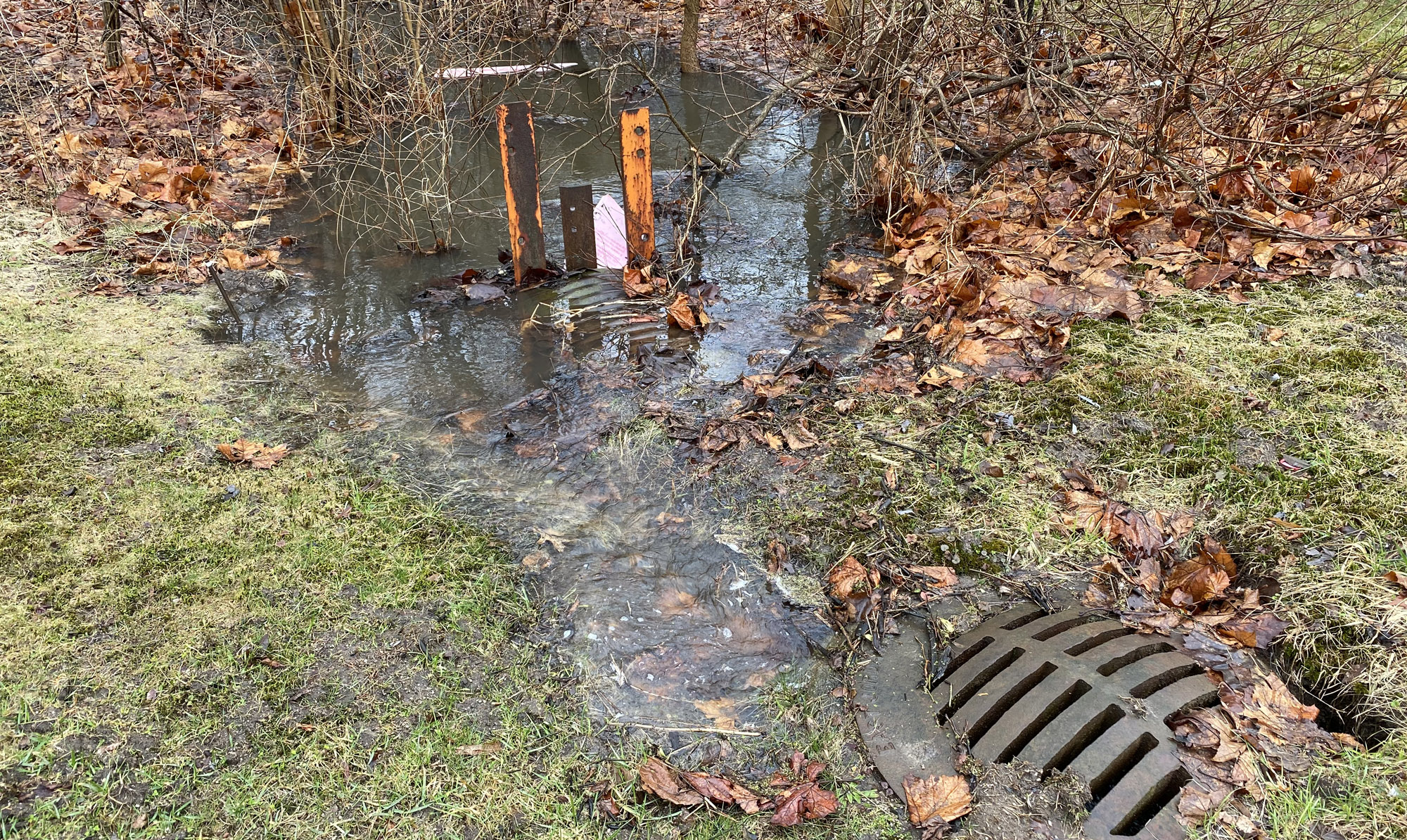