Sleuthing for Oil and Natural Gas

Perhaps you noticed these devices spaced along Hyde Road. 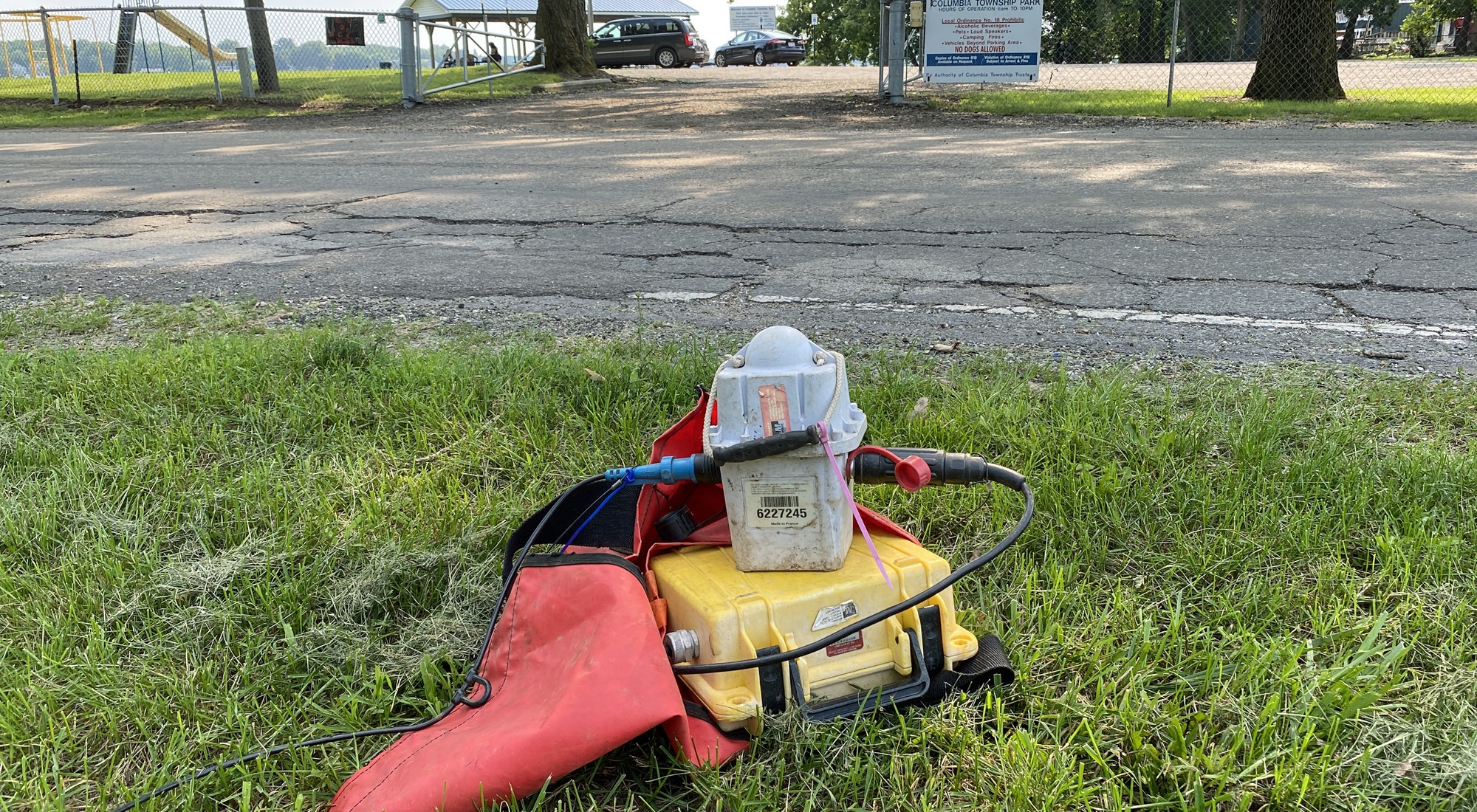 Travel Hyde Road, north and south well beyond the lake, and you’ll notice many more.  What are they?  These battery operated devices are geophones.  They are part of a survey process that attempts to find buried hydrocarbons—primarily oil and natural gas.  Emerson Geophysical is the company taking this survey.  Operations Manager Sam Pasinski explains their company is the onsite contractor. They collect data that is transferred to another subcontractor for processing.  The end-user is likely to be an unnamed company searching for new finds. Why unnamed?  It’s a competitive world, and that info is proprietary, adds Sam. 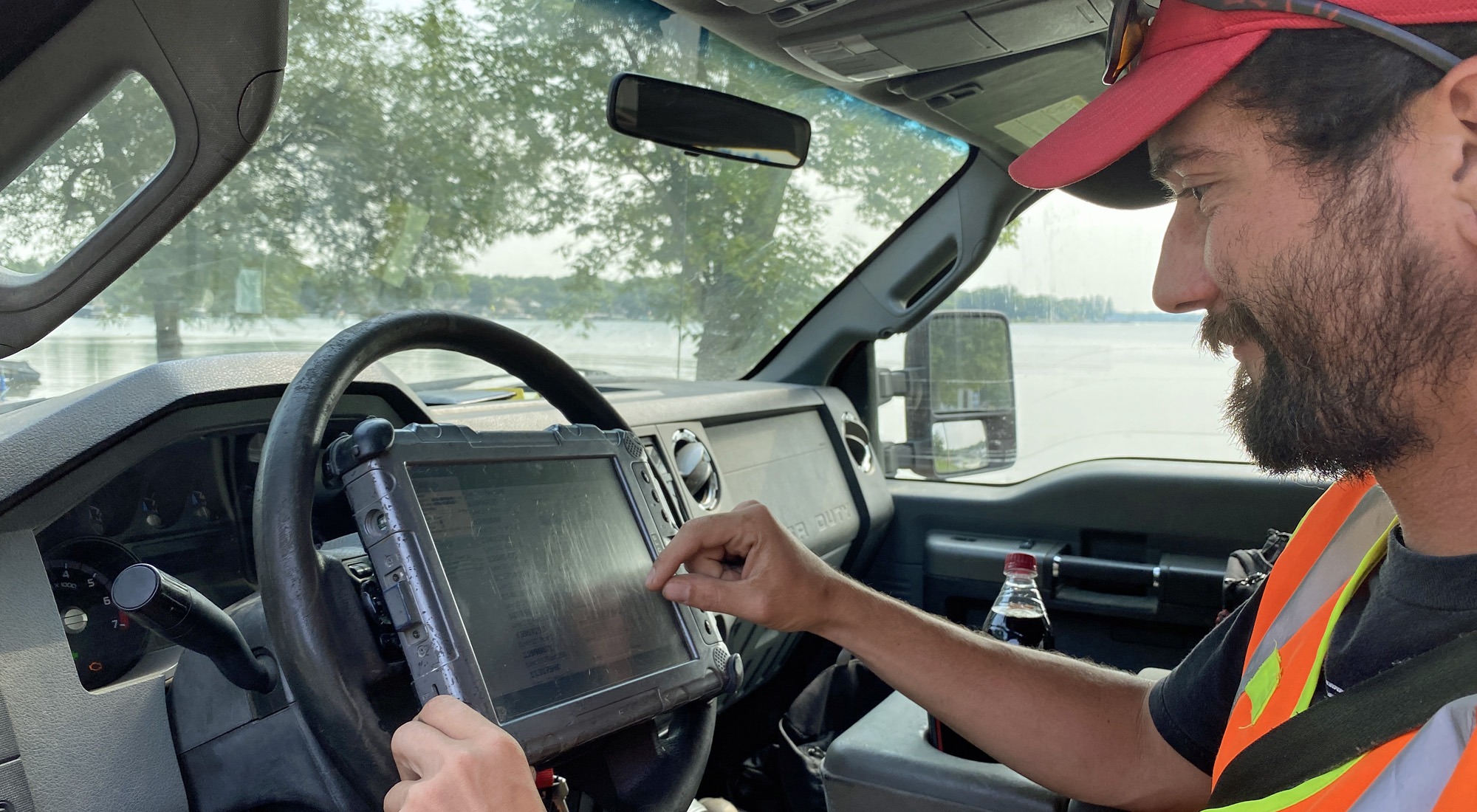 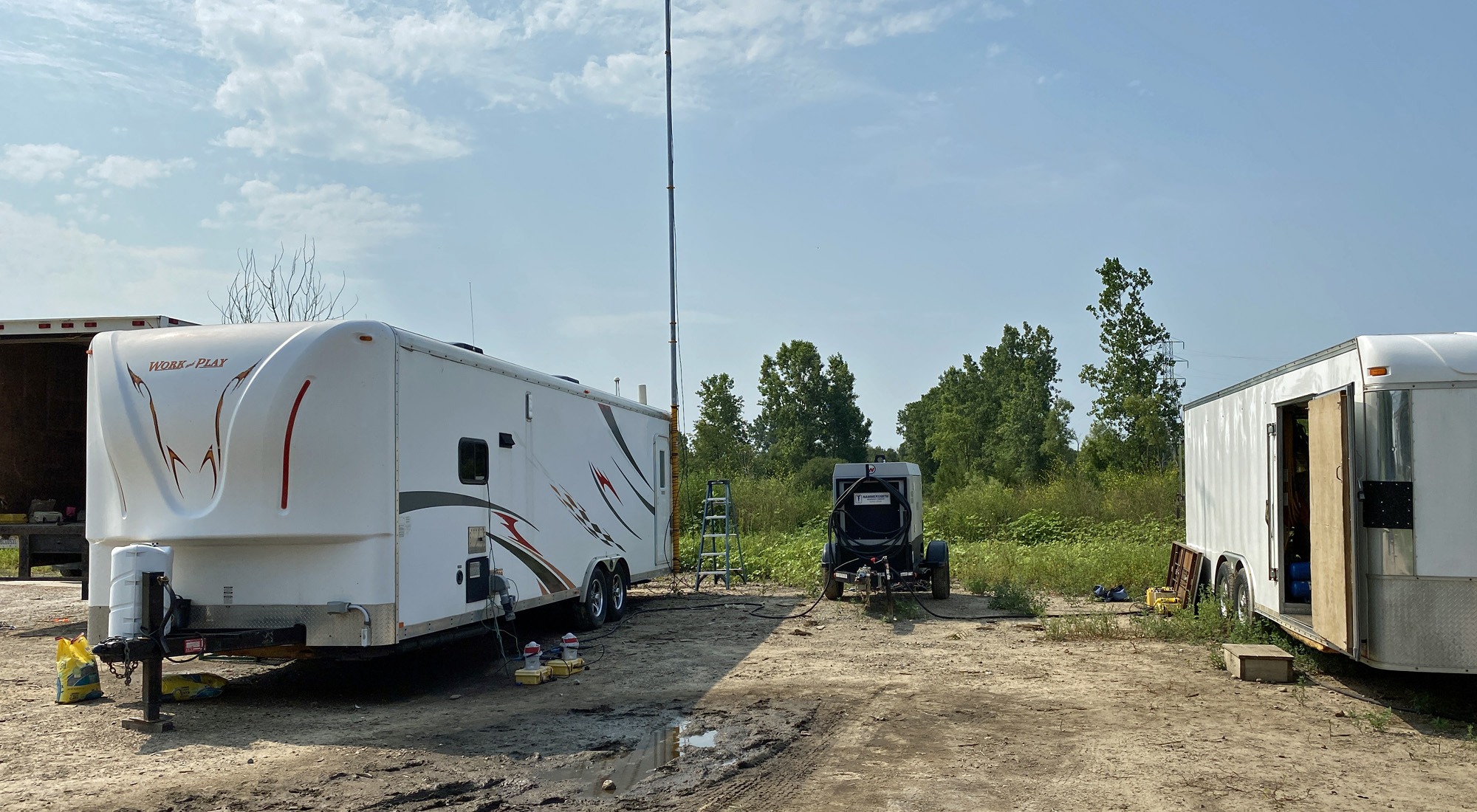 Unassuming on the outside, a look inside the doghouse reveals a different world.  Cooled with air conditioning, detailed maps line the wall.  Along the west wall, large computer displays show data points and charts.  No pictures were possible, also for proprietary reasons.   The open door of the storage trailer illustrate the inventory of geophones. 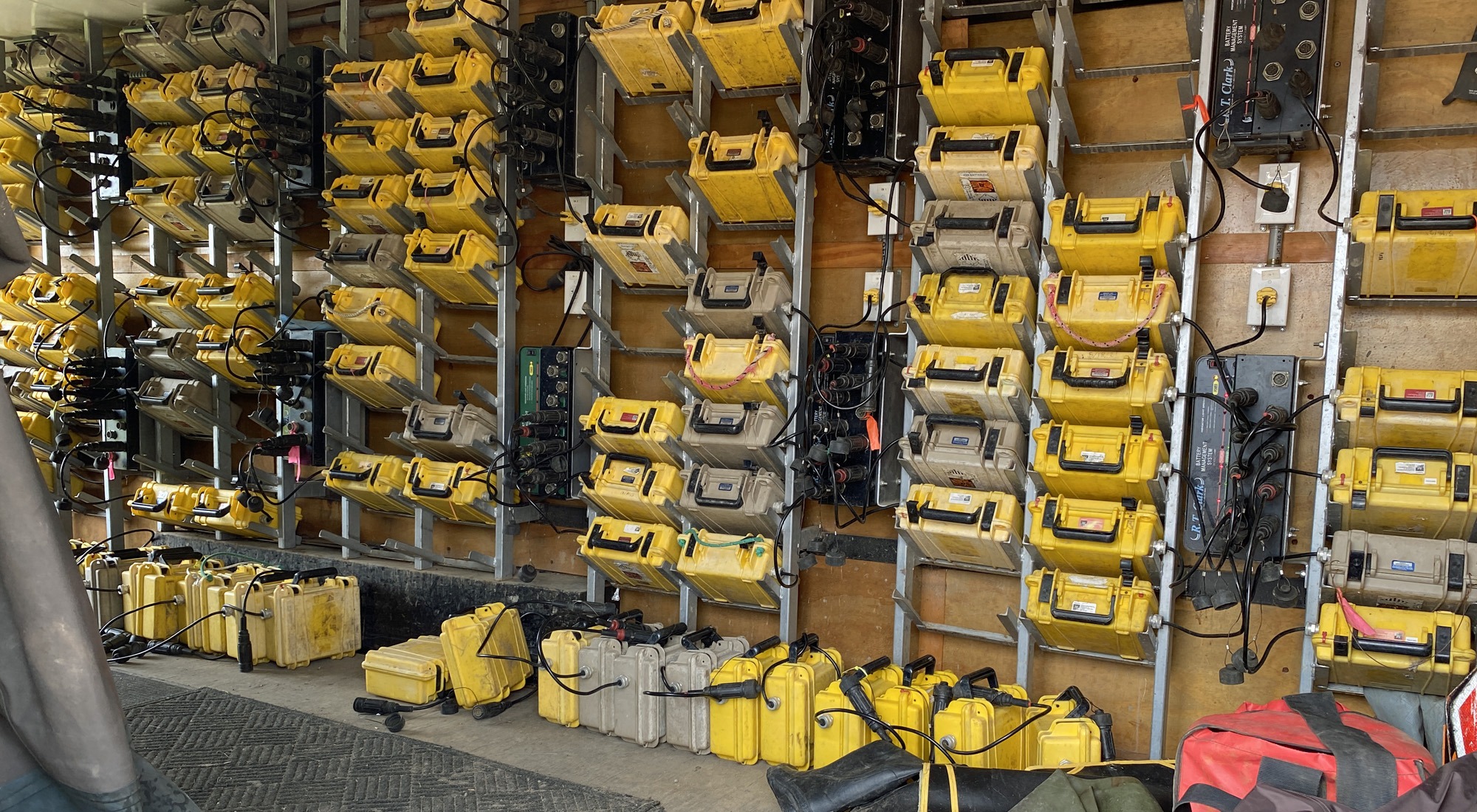 Where does all this lead?  Though the geophones are capable of registering results at a depth of 12,000 feet, they are set at 4,000 feet, which is the depth where most oil is drilled in this area.  This survey develops what are called 2D images. Imagine a lasagna sliced so you can see the layers.  If the lasagna slice reveals something interesting, the next step would be to develop 3D images.  Instead of geophones operating along a line as in Tuesday’s example, they would cross each other at approximately 90 degree angles.  As Hyde is a county road, the Emerson survey work along easements was done under a permit from Jackson County.  To create 3D images, the permission of property owners would be required.

News of surveys like this travels fast in the agricultural world.  Farmers become aware quickly.  Why?  Because Jed Clampett stories exist. Just ask around Norvell Township to learn more.  And, of course, Clark Lake had its own brush with Beverly Hillbillies fame, but not because of the discovery of oil.  Irene Ryan, who played Granny, was said to be a summer visitor to Clark Lake.

This is not the first time a topic like this has emerged.  This website investigated a potential well being drilled east of the lake in these two stories—one from July 20, 2016; and this one from September 26, 2016.  Click highlights to learn about it.

While being interviewed, Sam Pasinksi mentioned the Trenton Black River.  To learn more about it, click here.