The EPA is seeking comment on its plan to allow an energy company to inject waste water from oil drilling into a rock formation about 3000 feet below the surface.  The location is an area north of Riverside, south of Crego, east of Peterson and west of McKinney.  A copy of some of the paperwork was sent to the Columbia Township office.  Flip Reynolds, a Columbia Township trustee who lives at Clark Lake, has expressed concerned because “of its proximity to the lake–about six-tenths of a mile.” He is asking that comments be made to the EPA so that a public hearing will be held.

Bill Leutz, who also lives at Clark Lake, spent the majority of his career as an engineer in oil and gas production.  As someone with a great deal of experience in the field, he’s in a position to offer what he’s calling an informal opinion about this plan–and what it means to our area. The following are his thoughts. 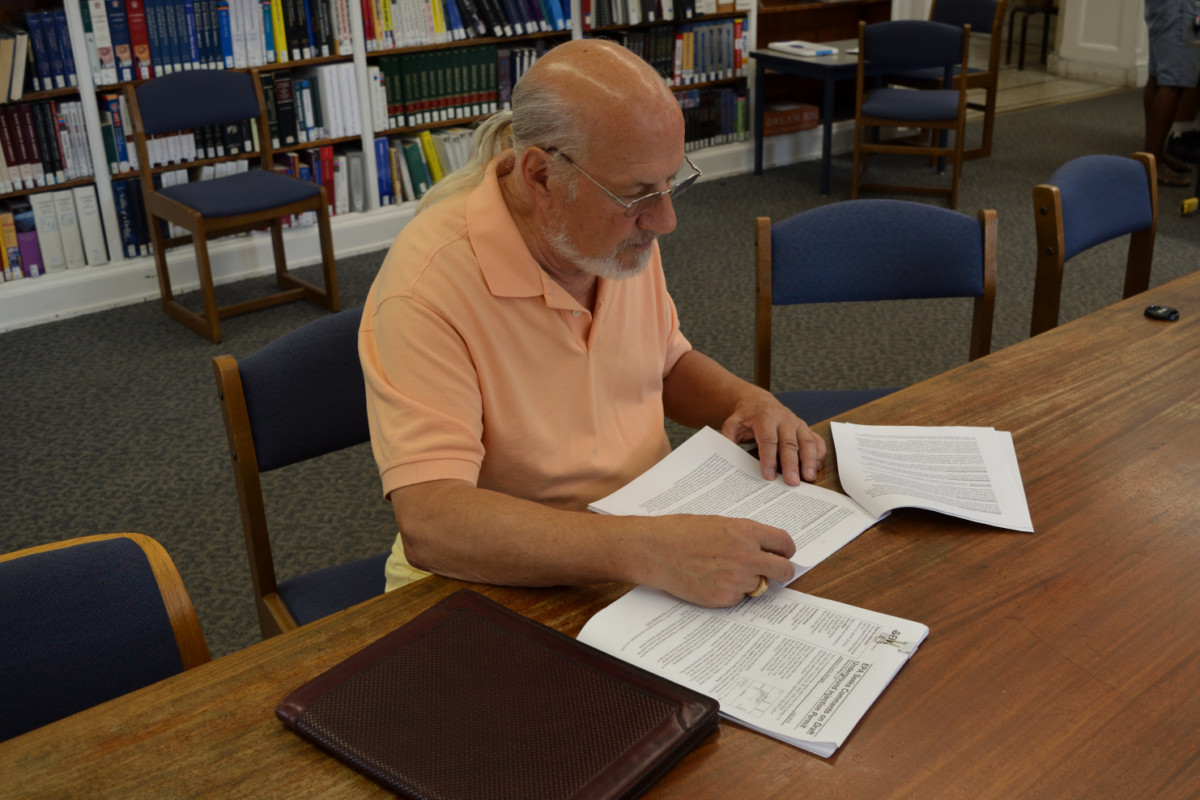 The EPA permit is expected to allow Savoy Energy, L.P. the authority to drill a well, named the Moore #3-14, for the purpose of injecting oil field brine into a rock formation at a depth of approximately 3,000 ft. below the surface. The approximate location of this proposed well is shown on the EPA request for comments (scroll down to see the document). With this in mind, I examined the actual request for the permit which is available for public inspection at the downtown Jackson Public Library.

In reviewing this draft permit, it becomes clear to me that this is an example of normal oil field practice. It is not a request for hydraulic fracturing or for disposal of fluids from fracturing. All oil wells, at some point in their life, produce quantities of formation water that is associated with the oil within the reservoir rocks. This water is almost always brine, meaning it is somewhat more salty than seawater. As such, it cannot be disposed of on the surface. For over 70 years, the normal practice is to inject the brine into a well specifically designed and drilled for that purpose. Over the years the states and the EPA have developed stringent regulations on how this is done. The rock formation into which the water will be injected must be well beneath any possible zones of drinking water (in this case some 2,500 feet) and the well must have multiple strings of protective casing, well cemented, to assure the brine can neither contaminate fresh water zones nor reach the surface. The operator must continually file progress reports to the regulatory agencies assuring that these regulations are being met. As such the practice has worked well over the years, and to my knowledge, no contamination problems have occurred for any well drilled within the regulation guidelines.

In the case of the Moore 3-14 well, the intention is to inject water into the Niagaran formation at roughly 2,750 to 3,000 feet of depth. A detailed geologic stratigraphy of the expected formations at this site was not available, but the Niagaran group contains limestone rocks, usually with good enough porosity to allow water to be easily injected. The rock strata immediately above the Niagaran is normally much more dense and should serve to prevent fluids moving vertically outside the zone. The plan is for relatively low injection pressures, around 700 psi, which is well below the pressure that would fracture the rock at that depth.

The proposed location could not be seen by driving the area in a car. However, Google Earth photographs indicate that there is a battery of tanks for storage of petroleum and two producing wells currently at, or very near, the site of the proposed injection well. It is presumed the produced brine will come from these wells.  Here’s a closeup of the area. 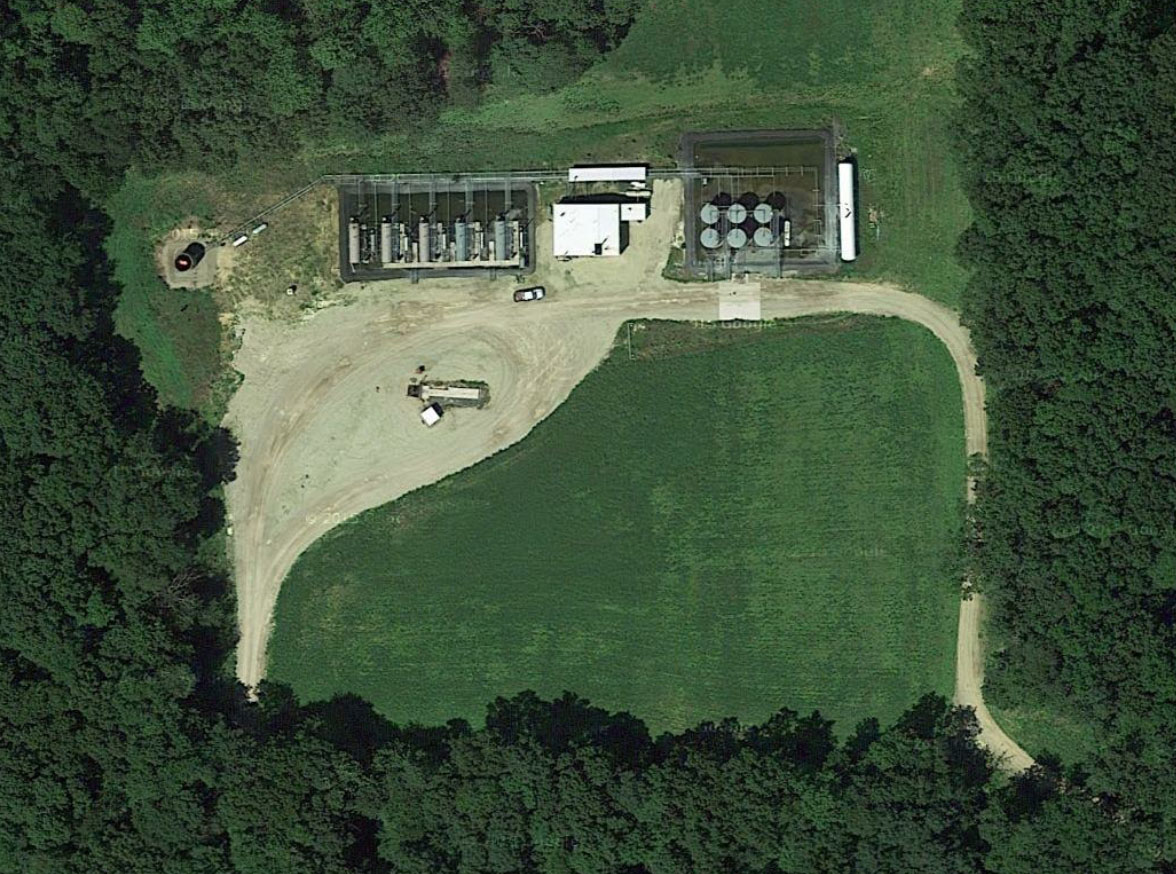 In review, based on what I have seen to date, it appears to me that this is an example of normal oil field operation, and should present no appreciable threat to Clark Lake or the Goose Creek drainage as long as Michigan State and EPA regulations are diligently followed by Savoy Energy. 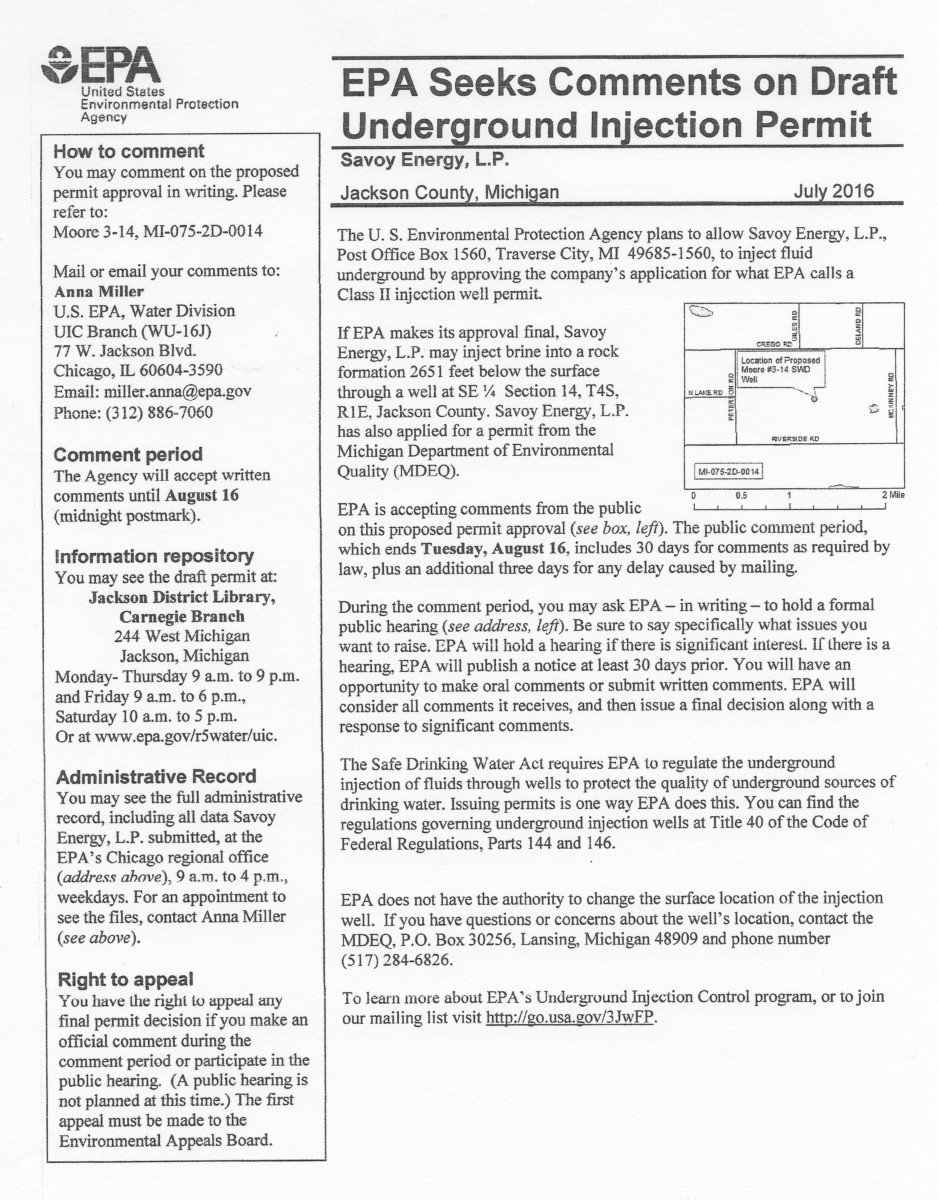