Another Gas Leak on South Woodlands 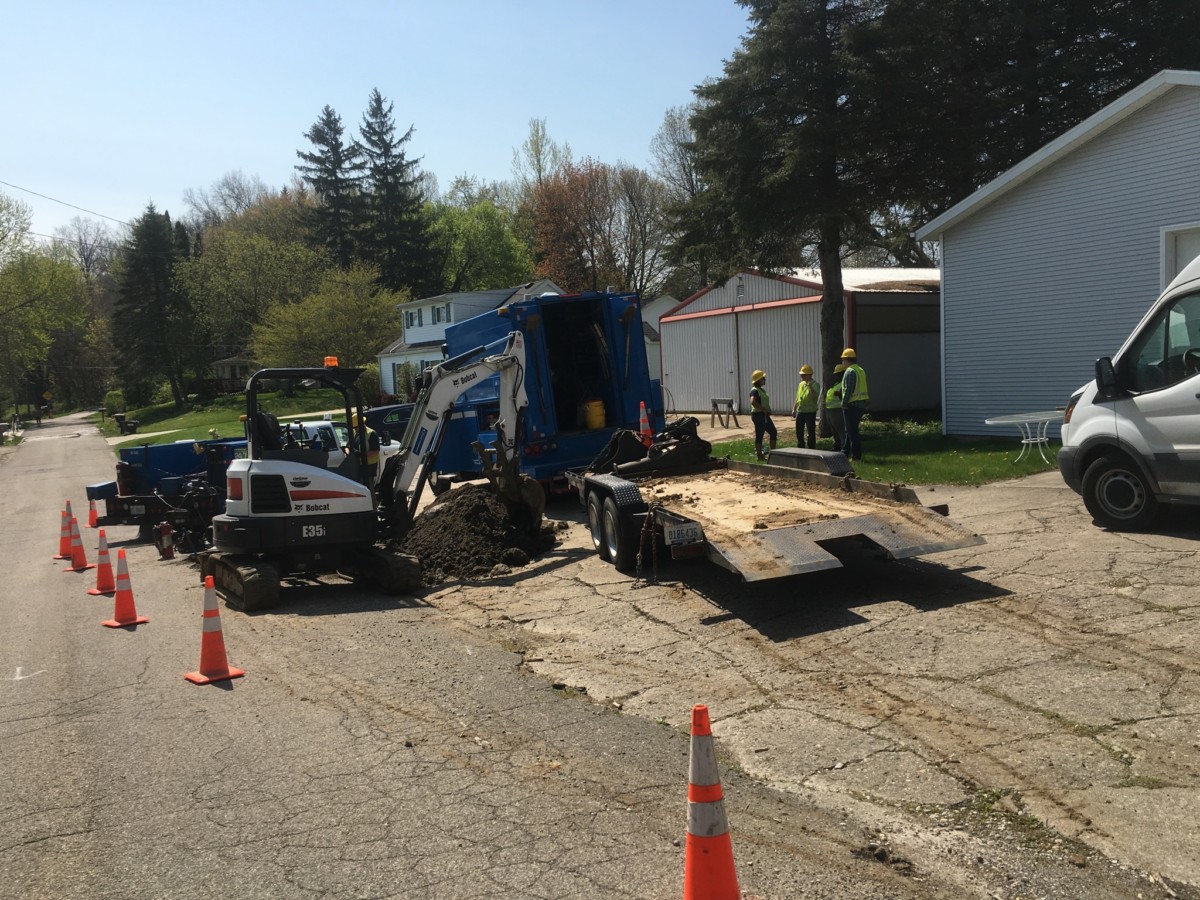 An alert passerby noticed the strong odor of natural gas odor on South Woodldands and notified Consumers Energy.  According to Consumers, one of their service workers determined that the source was a leak on the service line to a home in the 500 block.  The service line brings natural gas to an individual customer from a larger distribution main.  Crews were replacing the service line today (Friday, 5/6), in an area not far from a leak that occurred two years ago (see link to story on this website, below).

As you can see in the photo, there was some digging to be done to get at the problem.  In another photo, one of their crew members held up an offending connector that he said contributed to the problem. 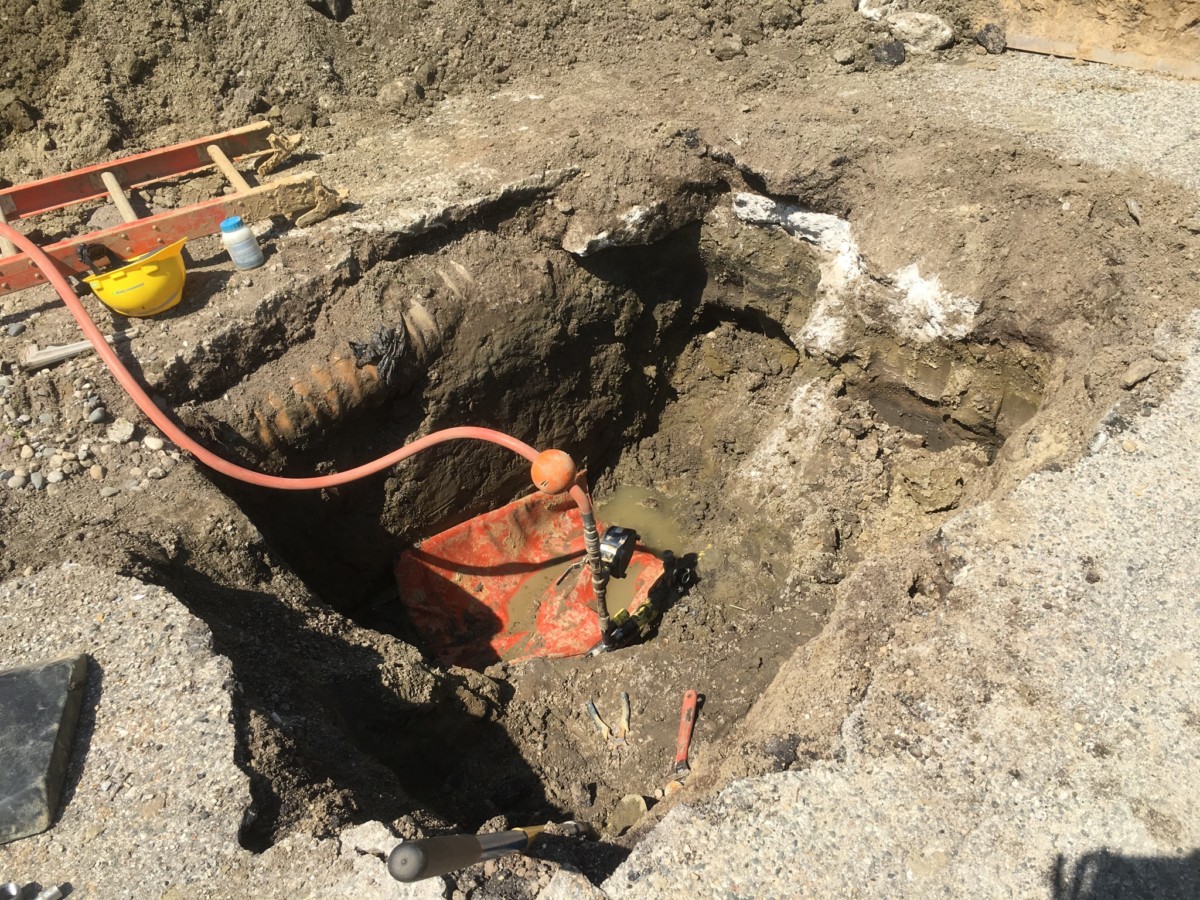 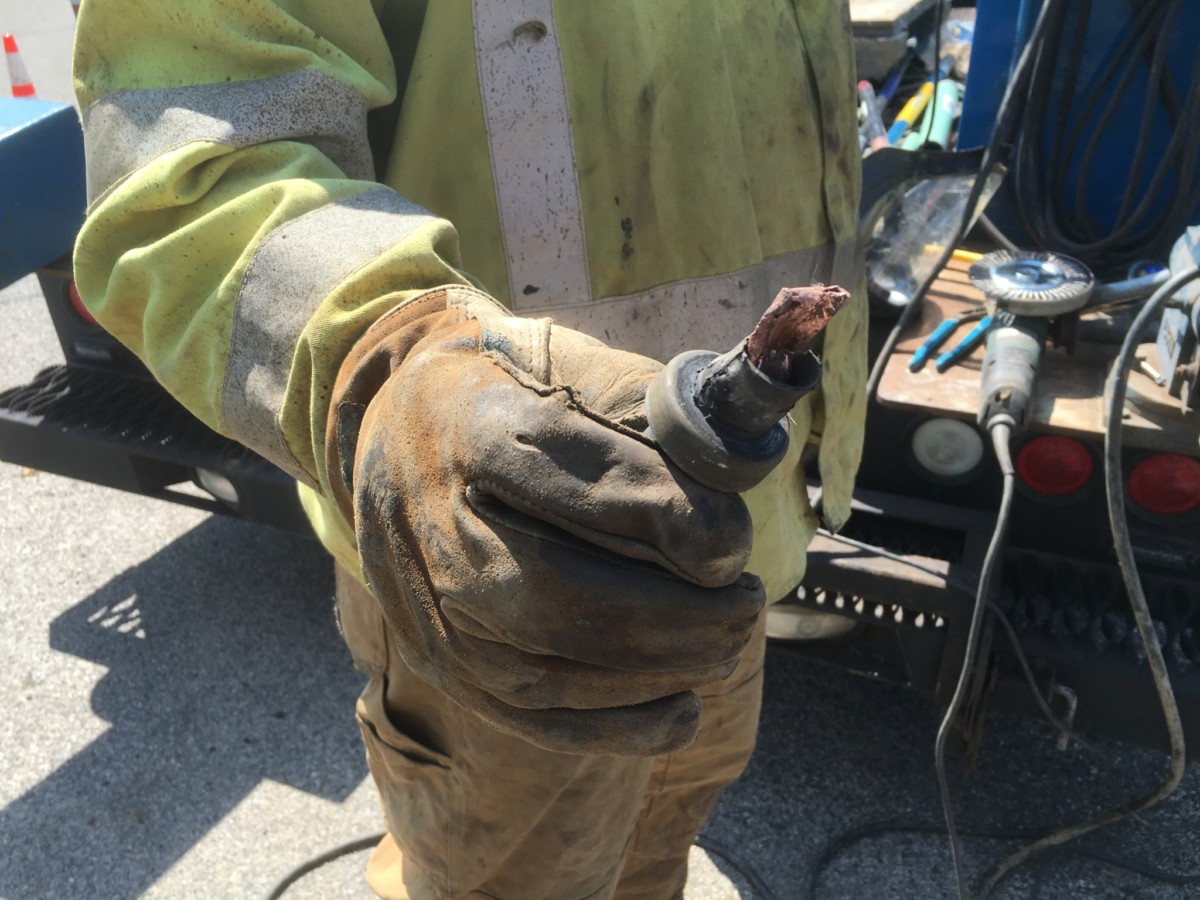 The similar leak on South Woodlands occurred on July 16, 2014.  To review that story, please click similar leak.  In the past Consumers also repaired lines on North Shore.  On August 30, 2013 they were fixing a leak on Vining.

Consumers Energy adds “Anyone who smells a natural gas odor, which is similar to rotten egg, is asked to report it to them at (800) 477-5050 or by calling 911 from a safe location.”