A natural gas leak in the area of 500 South Woodlands this morning brought Consumer Energy crews to the scene.  CE says they received the call at 9:30 am, and the cause of the leak was reported as a “possible lightning strike.”  According to a CE spokesman, the leak was in the underground main line.  Also visible at the scene was a Consumer’s crew working in a trench along side a lakefront home in line with the hole dug in the pavement of the road.

Consumers indicates that the leak has been repaired but a crew may be working in the area this afternoon. 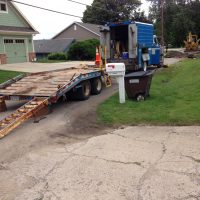 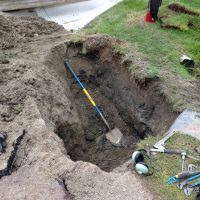