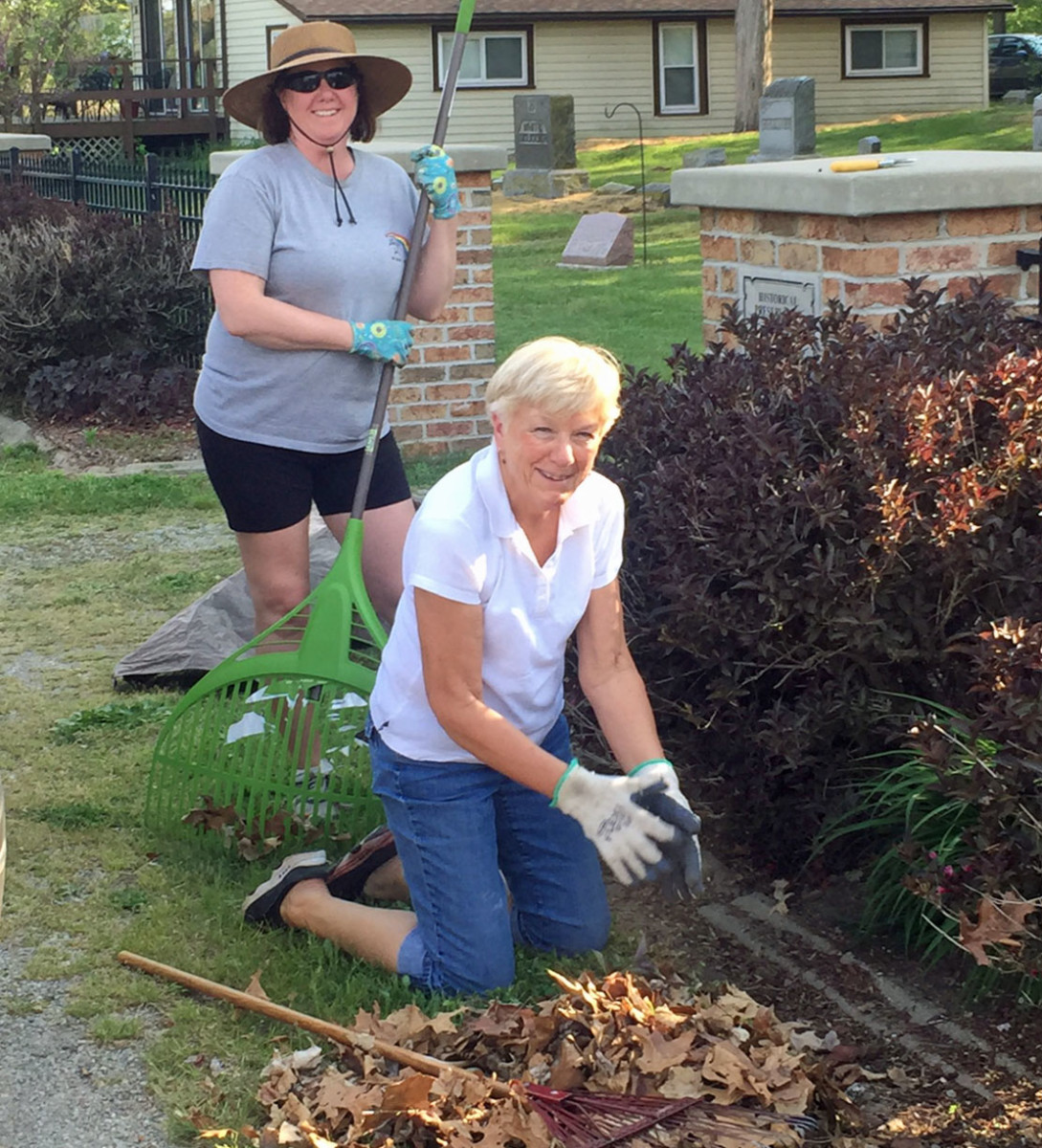 While the Garden Angels were busy transforming the triangle at North Lake and Ocean Beach and the gardens of the Community Center on Wednesday (5/24/16), two more Clark Lakers were volunteering their efforts in beautifying the Columbia Township Cemetery at the west end of the lake.  Ann Swain reports that the leaves under the bushes were being stubborn, but out they came.  Thanks go out to Ann Swain and Janet Larson, who in addition to many others, make Clark Lake a better place through the volunteer work that they do.

The clean up at the Cemetery is all the more important and timely since Memorial Day activities will be held there.  At the conclusion of the parade on Memorial Day Monday, spectators and participants gather around to hear inspiring words followed by the playing of Taps.  What is particularly stirring is the way it is performed.  Taps is first played on one bugle at the front of the Cemetery, and then echoed from the back of the park by another.  You can view the video from last year below.