The Columbia Township board voted to set public hearings for Monday, June 7th, and on Monday, June 21st, regarding the paving of the dirt portion of Eagle Point Drive. That section begins where Eagle Point Road and Eagle Point Drive intersect, and continues east to where the pavement resumes.    Some of the residents in the area proposed a special assessment district be created.  The property owners would be charged for the work over a three year period.  The County would pick up part of the cost, and improve drainage.

Previously, hearings had been held, and a vote to establish the district appeared imminent.  But it was discovered that one property owner, Eagle Point Marina, had been omitted.  So, the process faces a do-over.

For details on what residents had to say previously, and for more information on deliberations, please click here.

Other items of interest:

The evening ended with a pleasant sunset, which is a clear reason why Clark Lake is famous for them. 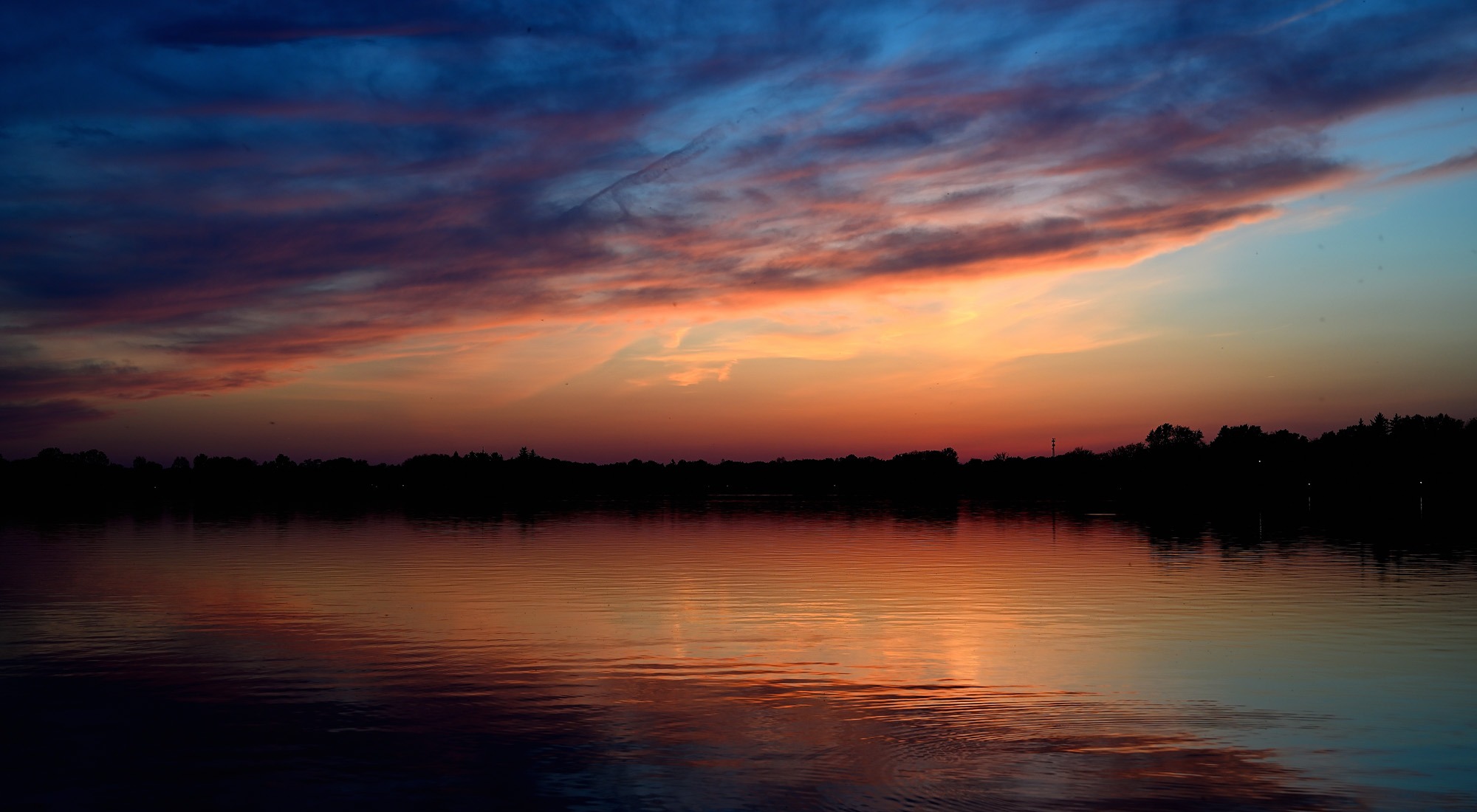