Paving the dirt section of Eagle Point Drive just hit a speed bump.  Last night was to be the first of two public hearings to move the project forward, with the final one taking place at the regular meeting of the Columbia Township board on May 17th.  The affected Cove property owners are from the junction of Eagle Point Road and Eagle Point Drive, then heading east to where the pavement resumes.

During the process, one property owner was omitted–Eagle Point Marina.  Because of that, the two hearings will be rescheduled,  re-advertised, and repeated.  That will delay the final vote of Township trustees.

Fifty percent plus one is required for creation of a special assessment district.  According to Kurt Parker, an attorney for supporters of the project, nine out of the 13 property owners favor the proposal.  If passed, the proposal would assess all thirteen owners over a three year period.  Jackson County has agreed to pay for a portion of the cost, and to do the paving.

Both residents who favor, and those who oppose, spoke at last night’s meeting.  In this video, you’ll hear their thoughts on the project.  Most comments in the video are presented in the order that took place in the meeting.  The video was edited for time purposes. 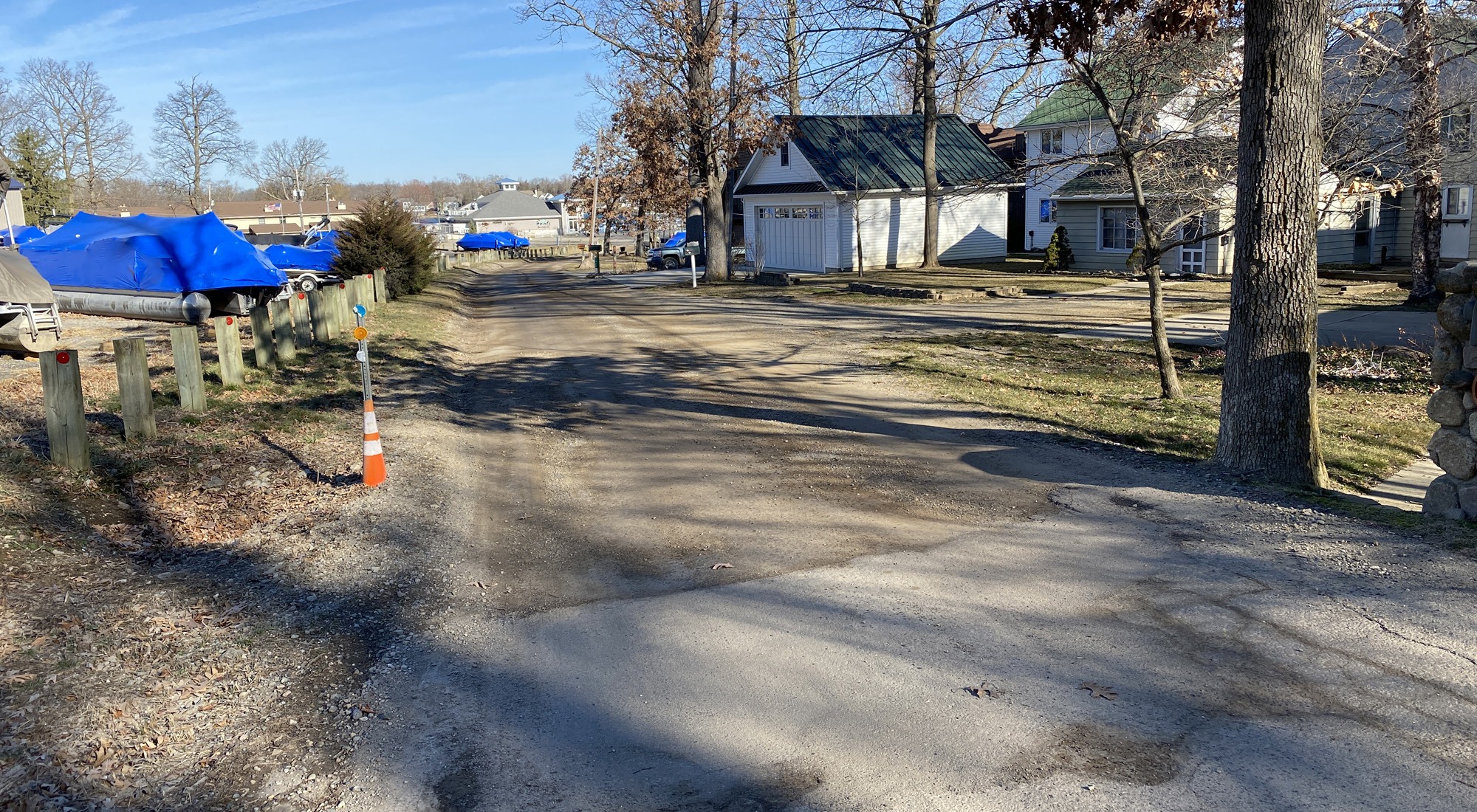 Click here for a previous story regarding this project.