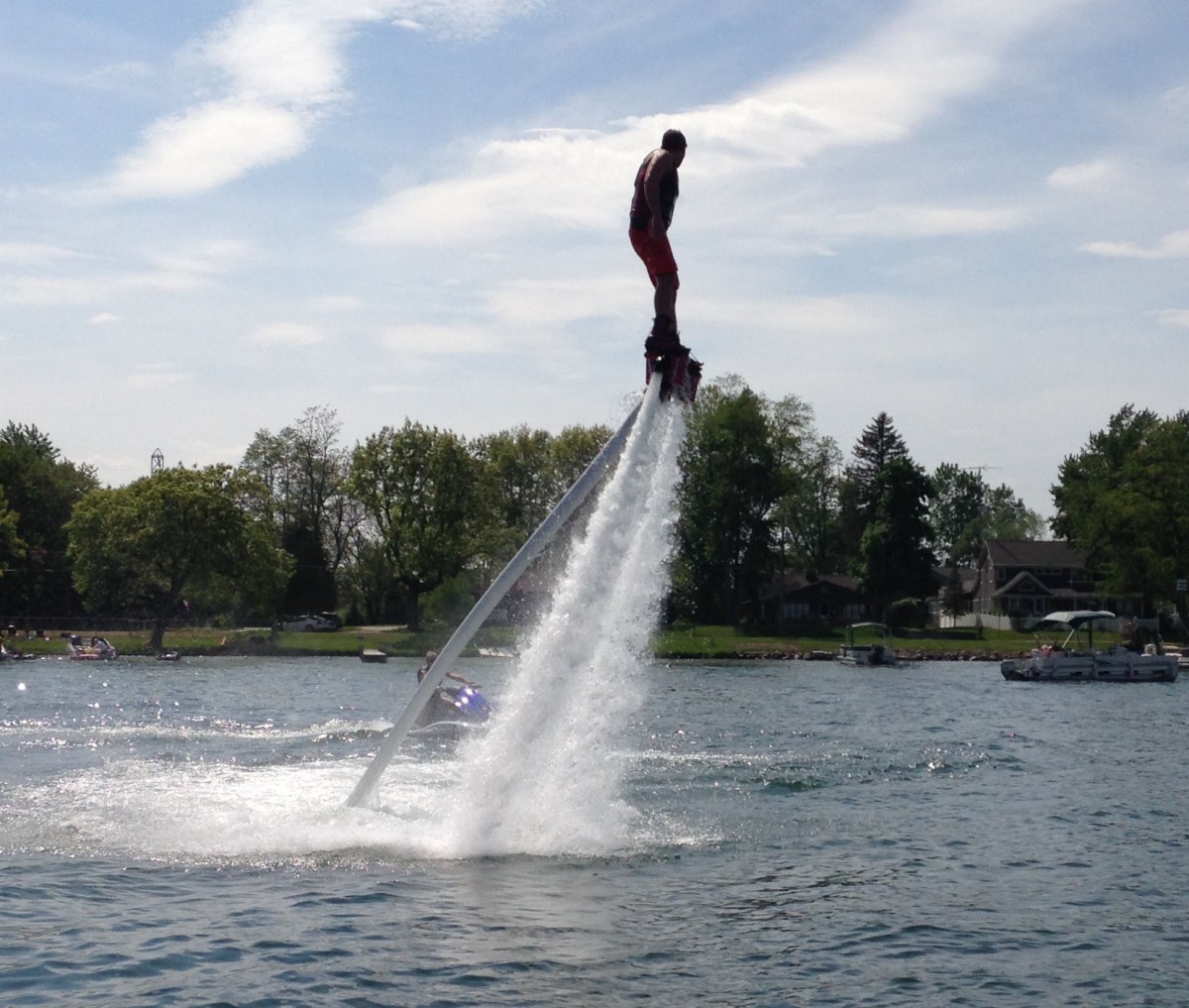 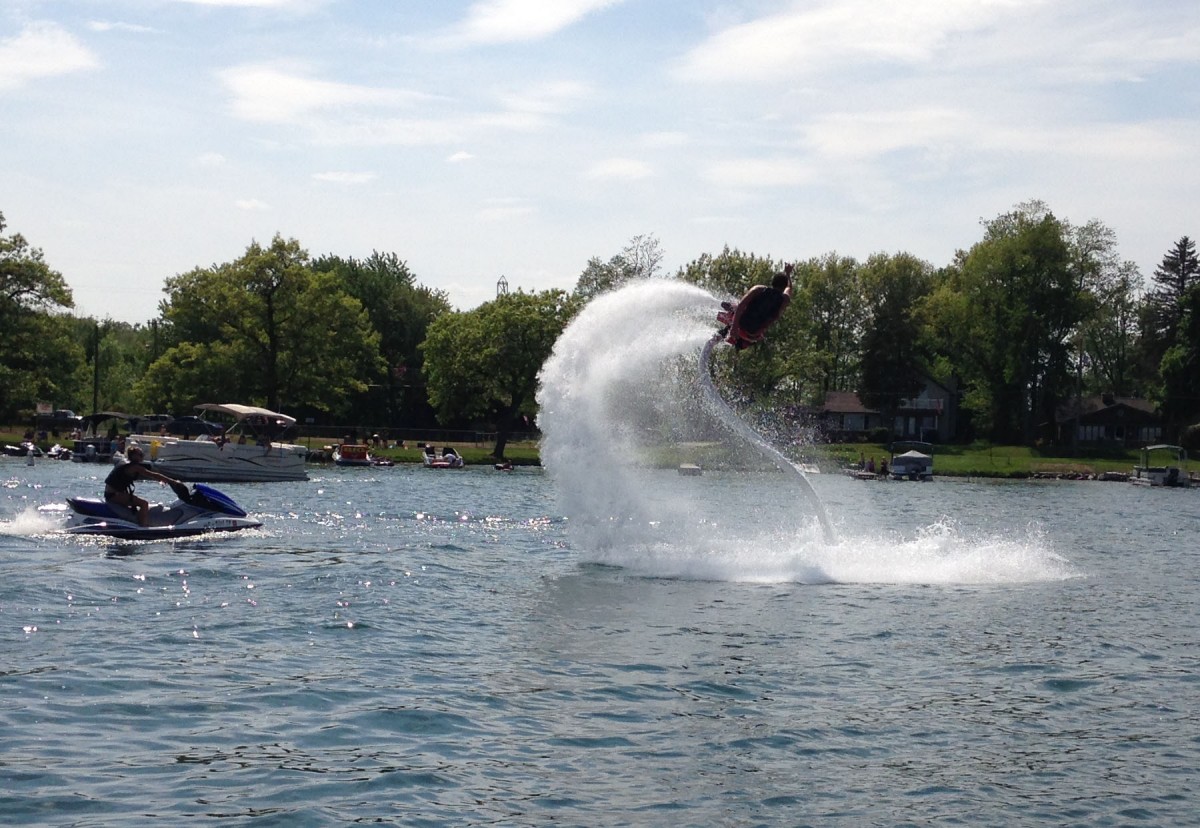 The Jet can be maneuvered several ways–straight up 30 or 40 feet, flips or dives

The Jet Lev made another visit to Clark Lake today.  These photos were taken near the Columbia Township Park at the head-of-the-lake.  The person levitating straps about 28 pounds of equipment on his back and is hooked up to a jet ski.  The jet ski generates thrust via a stream of water delivered at 1200 gallons-per-minute to turn the user into a human projectile.