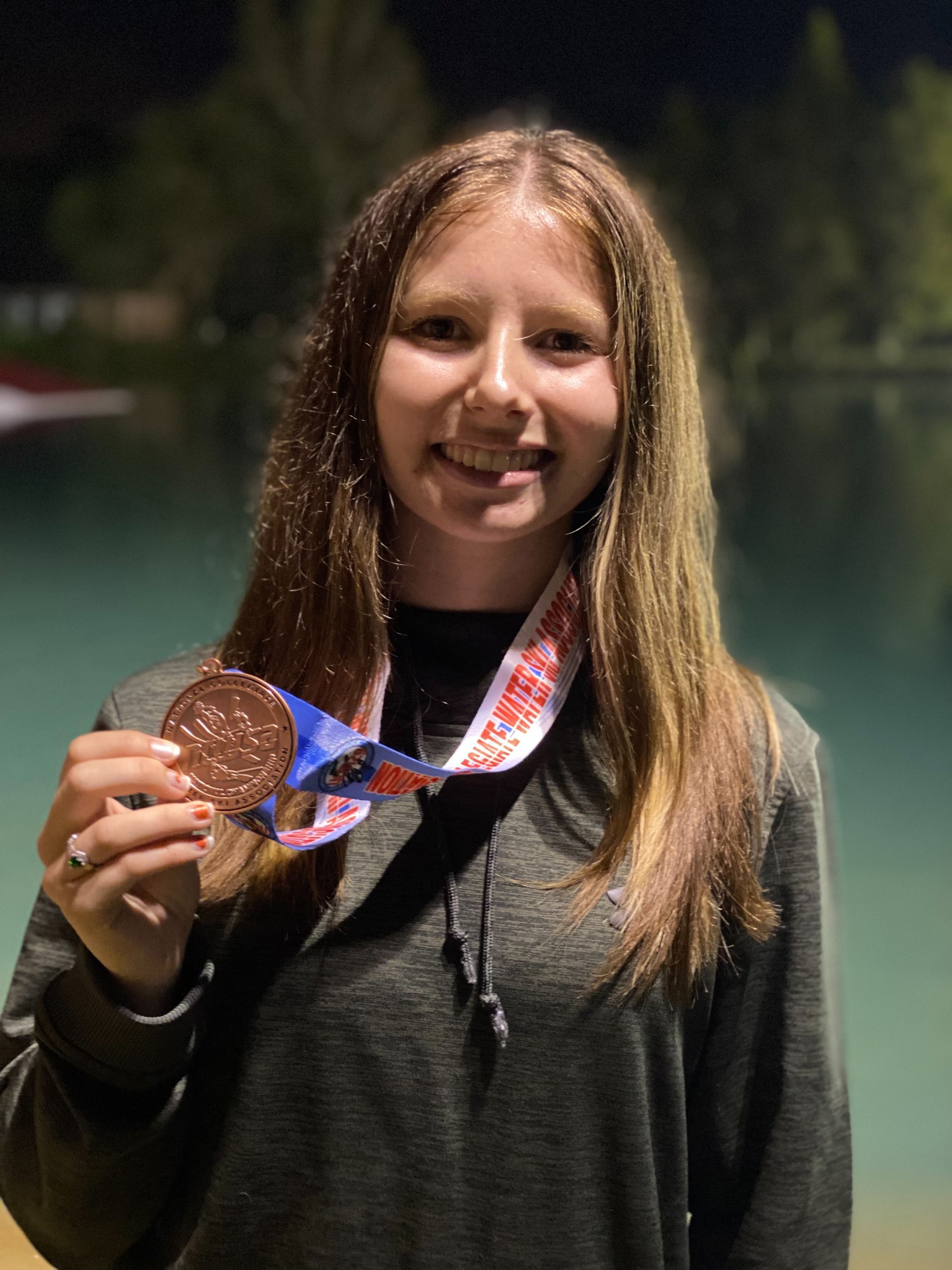 Clark Lake’s Olivia Morea is following a family tradition.  Like her father, Dan, she is adding trophy upon trophy for her performance in water ski tournaments. Olivia’s most recent win came at the Syndicate Water Ski 2021 Collegiate Nationals. Clark Lake’s Pine Riders of decades ago will be interested to know there are still three main events—tricks, slalom, and jumping.  Olivia’s specialty is tricks.  Competing against many in this national event, she brought home 4th place honors making her Michigan State University team proud.

The Nationals were held near hot and humid Zachary, Louisiana.  When you enter a tournament like this, it’s not only the heat that brings the pressure on.  Over the three-day competition, trick skiers get only one 20 second pass, your only chance to show you’ve got.  In Olivia’s case, she scored 840 points.  In earlier qualifying tournaments, her run brought her 920 points.   One of her tricks at the Nationals was disallowed.

What does it take to participate in this tournament?  Quite a lot.  You must succeed in state competitions and the regionals to get to the Nationals.  Twenty-four teams go to the Nationals, putting you in the presence of 300 potential competitors.  Intimidating?  Probably.   But practice hones your skill.  Olivia and her dad, Dan, practice in Florida, but also much closer to their Eagle Point home.  You may have noticed the MSU senior being towed behind the family’s Nautique early mornings in the calm of the Cove.

So, with all of one’s effort concentrated on a 20 second trick run, what else happens at the tournament?  Turns out, plenty.  Parties, more parties, and an awards banquet top the non-skiing agenda.

Clark Lake is home to many waterski triumphs, and Olivia’s dad has many.  He’s joined by others who helped the sport thrive at Clark Lake.  Some of these names will have a familiar ring to them (in alphabetical order)—Buzz Belcher, Jon Broderick, Phil Curtis, Larry Faling, Harry Faling, Gary Krupa, Tony Krupa, Roger Lyons, Joey Reynolds, Sally Searles, Charlie Timberlake, Billy Timberlake, Lynn Vermeulen, Kay Vermeulen-Nichols, and Sally Shawaker.

1956 was the year that took Clark Lake’s waterski reputation beyond its shorelines.  The Jackson Citizen Patriot sponsored a waterski tournament and called it a “Ski Derby.”  Being the sponsor, it only made sense to publicize it on the front page.  These photos appeared just below the banner headline on September 4, 1956. 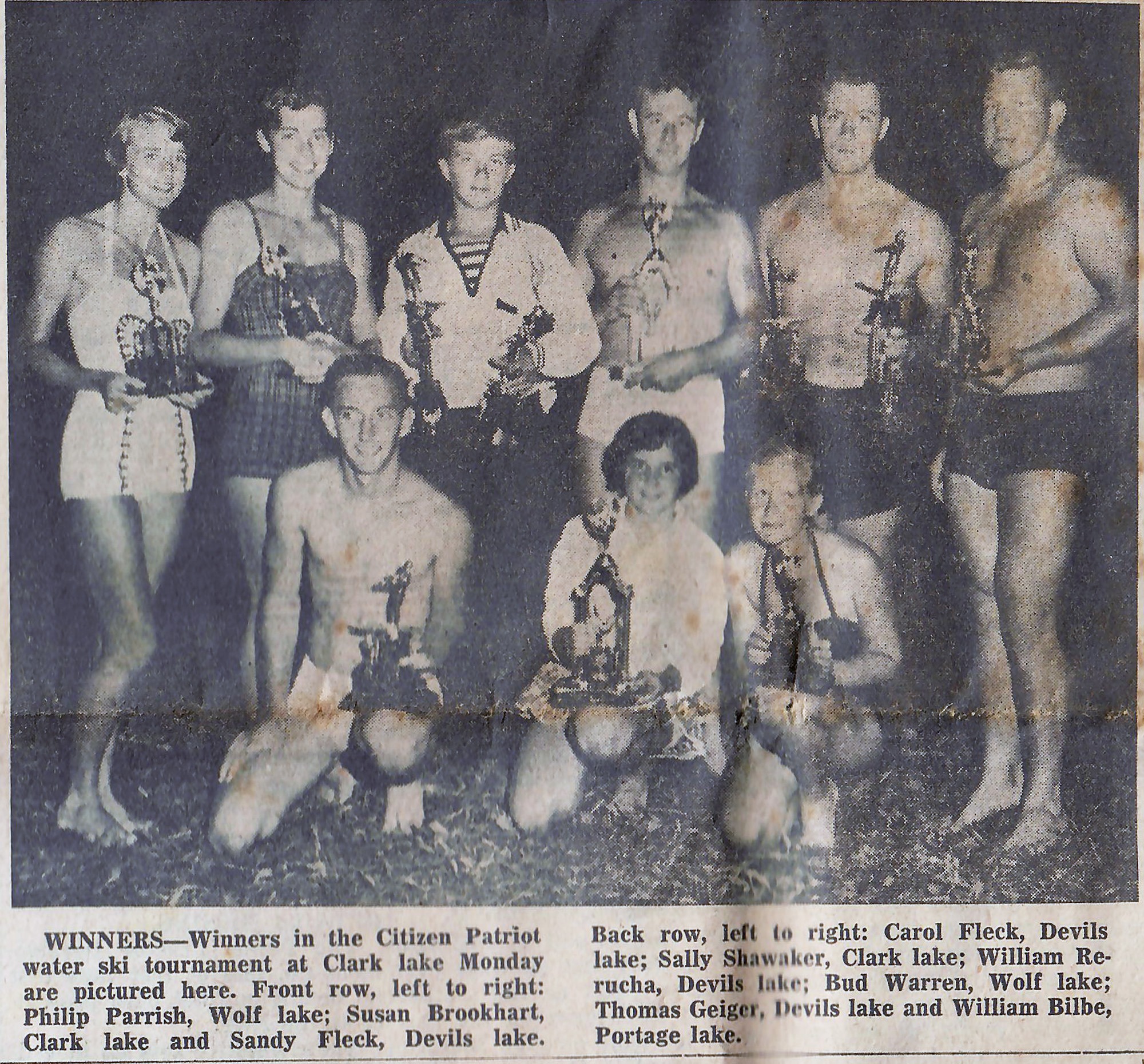 The Cit Pat eventually discontinued sponsoring the tournament.  But it didn’t go away.  Clark Lake’s Pine Rider Waterski Club stepped up and kept it alive for several years, as well as putting on a junior tournament and ski shows. 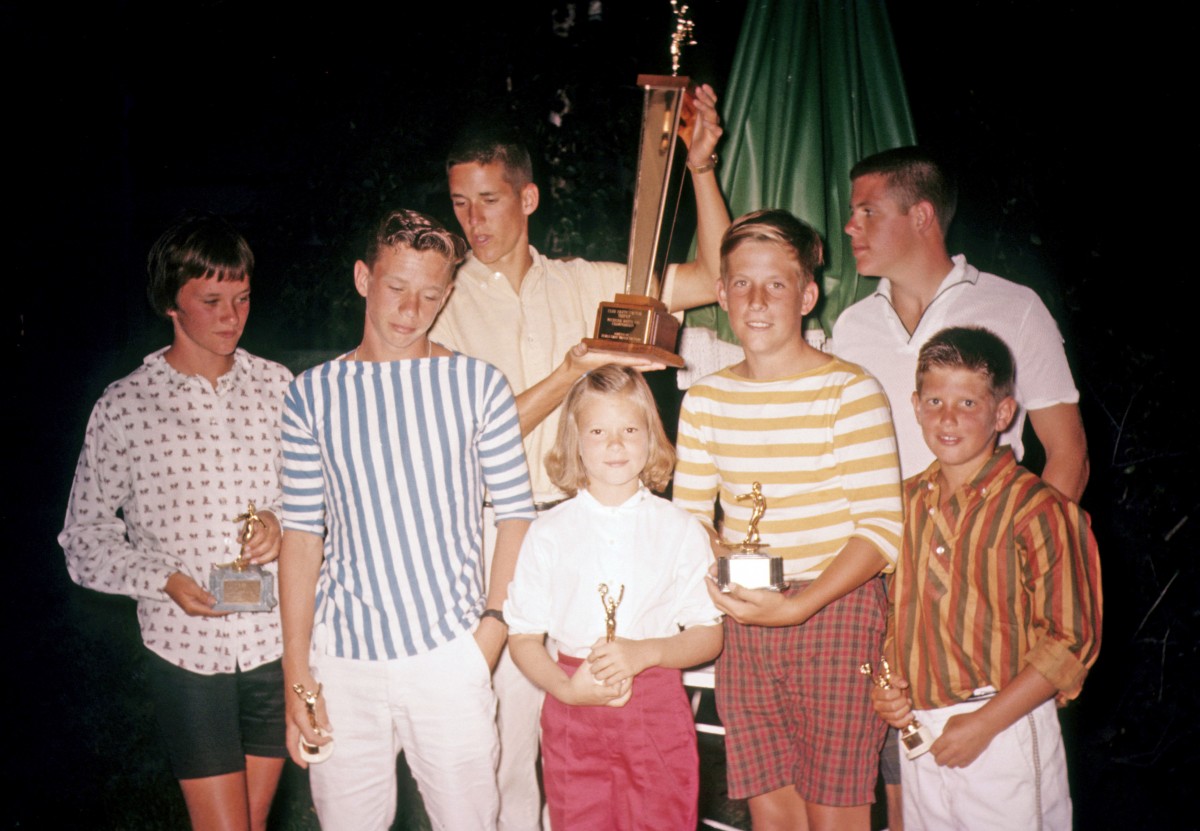 Today, you can see a Pine Riders jacket ensconced in glass on the wall of the new Eagle’s Nest. 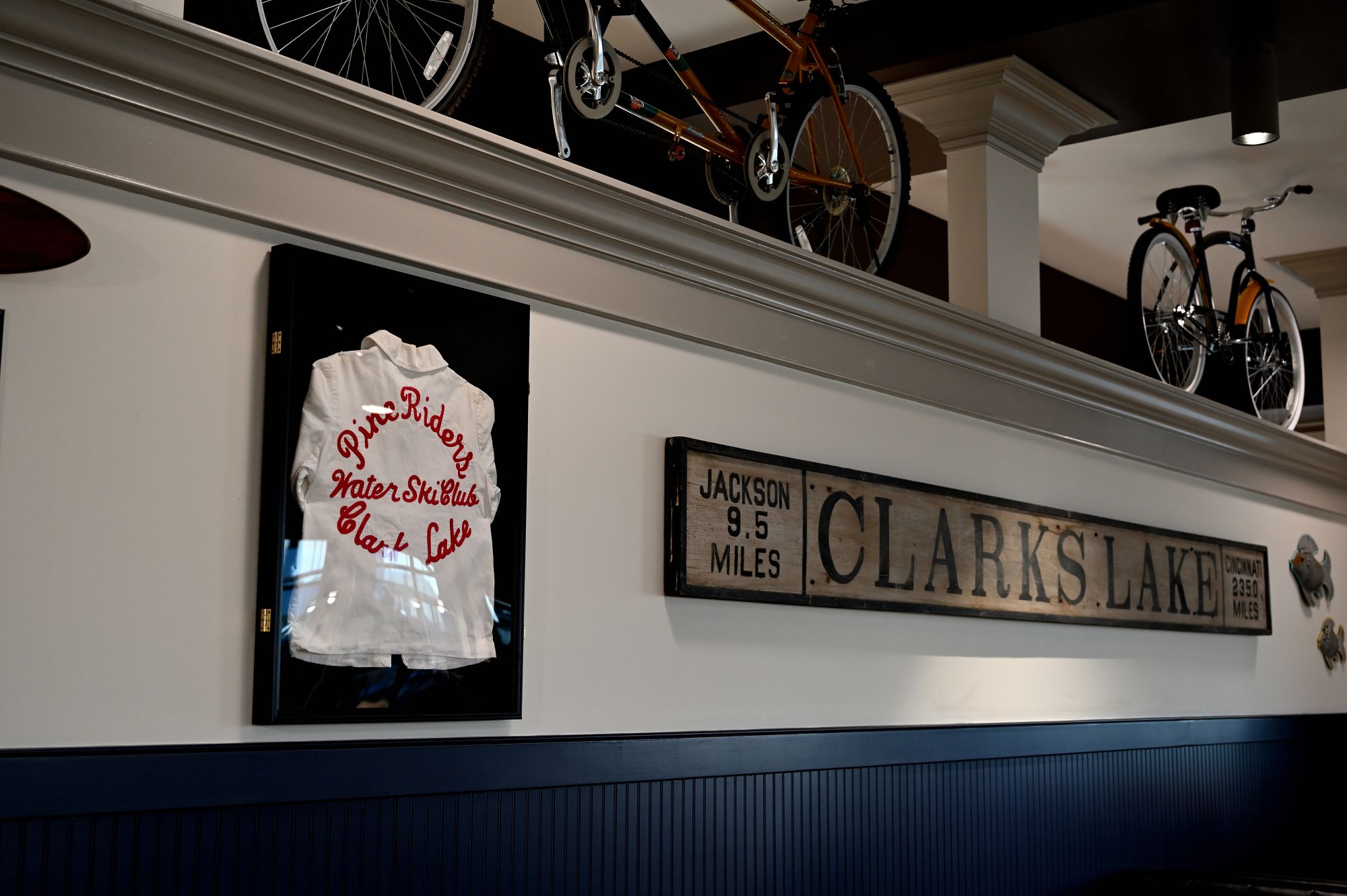 Some more about the Pine Riders:

Pine Riders put on a show.