by Laurie and Bob LaZebnik

Bob and I are gravely concerned about the intention of the board of the Clark Lake Community Center. They plan to give the Center away. Their idea is to build a covered structure west of our current building as a venue for larger events. The new structure would be funded by a generous Clark Lake donor. And then the board would sign over ownership of the buildings to Jackson County.

The architecturally significant historic building is on this site thanks to an incredible outpouring of support, sweat equity and in-kind contributions from people around this lake, not from the Jackson County Parks Department. The building that has become the Clark Lake Community Center is here today because we saved it. All of us. And Clark Lakers have continued to make the repairs necessary to keep the old summer cottage in its grand, original state. I suspect we all will continue.

Back in 1996 when Bob and I decided to raze the old Kentucky Homestead and construct our current cottage, the outcry from Clark Lakers was loud. “You can’t destroy that building. It’s the oldest building still standing on this lake.  That clapboard-sided building houses the history of one of the first families to settle on Clark Lake. It holds the lore of servants sleeping in the attic and ghosts rattling around on the second floor. It is a rare example of turn-of-the last century architecture. That building marks the beginning of Clark Lake changing from a rural agricultural-horse and buggy community to an active recreational lake with big bands, row boats and summer theatre. The movement to Clark Lake at the time the Kentucky Homestead was built was driven by the Cincinnati Northern railroad dropping passengers at the village end of the lake and steamboats delivering families to their summer get-a-ways up and down the shore.”

Bob and I heard from generations of families who have lived and still live at this lake. They wanted to preserve this old building because it represents memories of generations friends and families who were part of a community here at this lake.  Some partied with the Graziani family who built the Homestead in 1895, or someone’s grandpa slept there when it was the Clark Lake Yacht Club.  Holding on to those memories brought this community together to fund the floating of the building across the lake and turning it into a place where we can all hold family weddings, birthday parties and rites of passage ceremonies. Clark Lakers want their kids and grandkids to know their roots. Bob and I heard your screaming. We cancelled the demolition crew. We donated our cottage to preserve it and the communal history it represents.

A $100,000 donation was the seed for the planned 40’ by 42’ pavilion. Location would be between the west side of the Center and the adjacent neighborhood. The covered structure would accommodate 100 to 150 people in addition to the current building capacity of 25. 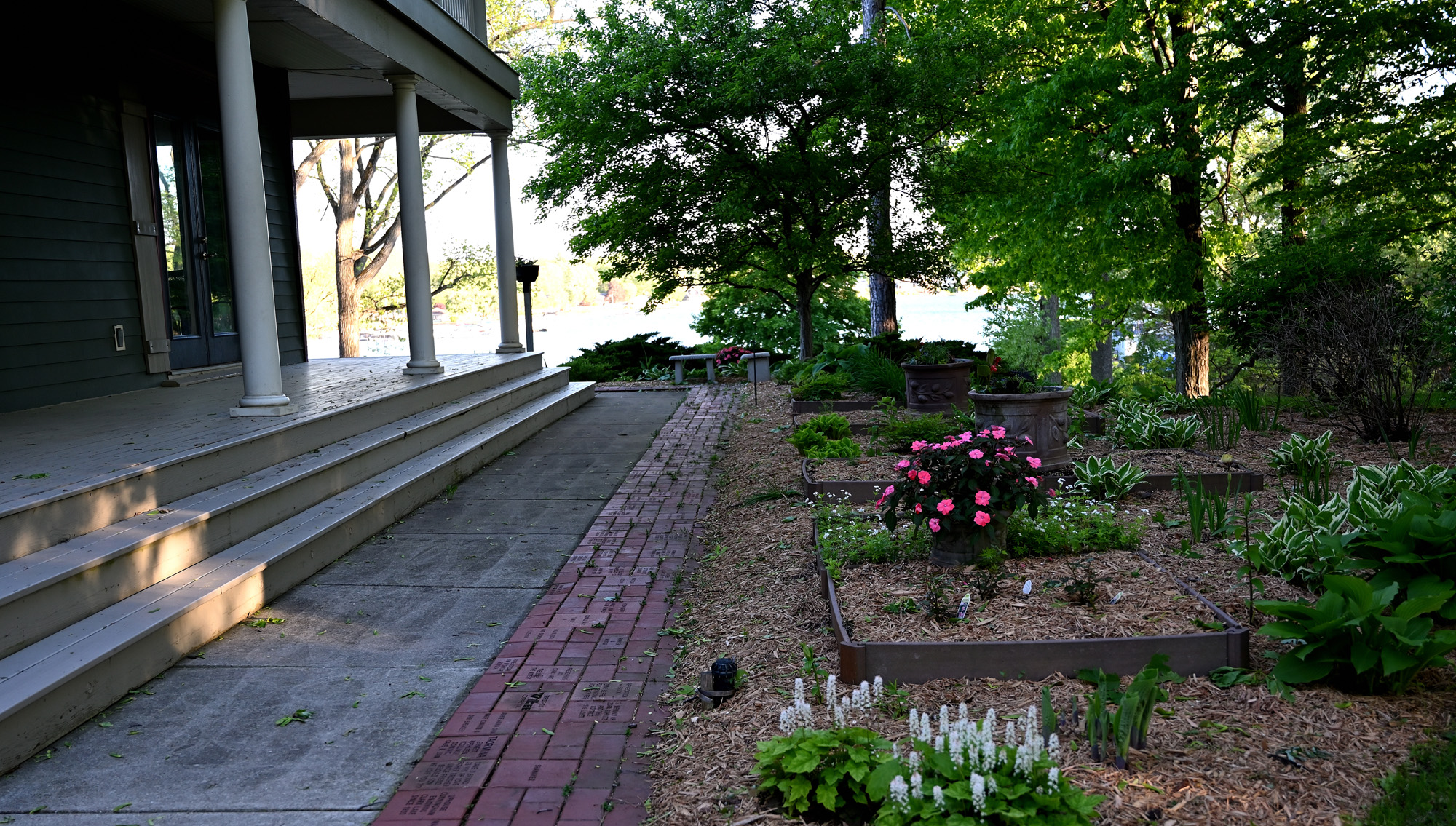 To be sure the extra income from raising rates from the current $300 for an event would help maintain the Center, but has the board considered the ensuing issues? Will bands and party revelers, that could go into the night, be tolerated by adjacent neighbors? Has the board thought about the additional traffic and parking for 150 at the already busy Beach Bar end of the lake? The proposed open, pole barn structure does nothing to embellish the old treasure next to it, the building that the U.S. Department of Interior sited as a rare example of architecture from a time and place in the history of Clark Lake, Michigan, a building important enough to list as a National Historic Site.

The board plans to give the buildings to a government entity.  Ownership makes a big difference. Jackson County Park administrators may give the board a nod today, tell them all is well and we can continue to rent the facility and pay for upkeep on the building. But administrators change. The Jackson County Parks will have its own agenda, and it may not continue to be ours. The board’s plan doesn’t make sense to me.

We urge board members of the Clark Lake Community Center to reconsider these plans.

Editor’s note:  Here are earlier postings about this topic.

Flip Reynolds responds the news of the Community Centers plans