This morning (Tuesday 5/24/16) a team from the Columbia Township Police and Fire Departments removed a rotting deer carcass from Clark Lake.  As reported yesterday on this website, the partially decomposed deer lurked about a foot below the surface posing a potential hazard to boaters and water skiers. The deer was anchored about 400 yards from the north shore, east of Pleasant View, in about 8 feet of water.

Columbia Township acted quickly.  Upon initially learning of the situation from this website and hearing from concerned citizens, the departments joined forces to remove the carcass this morning. 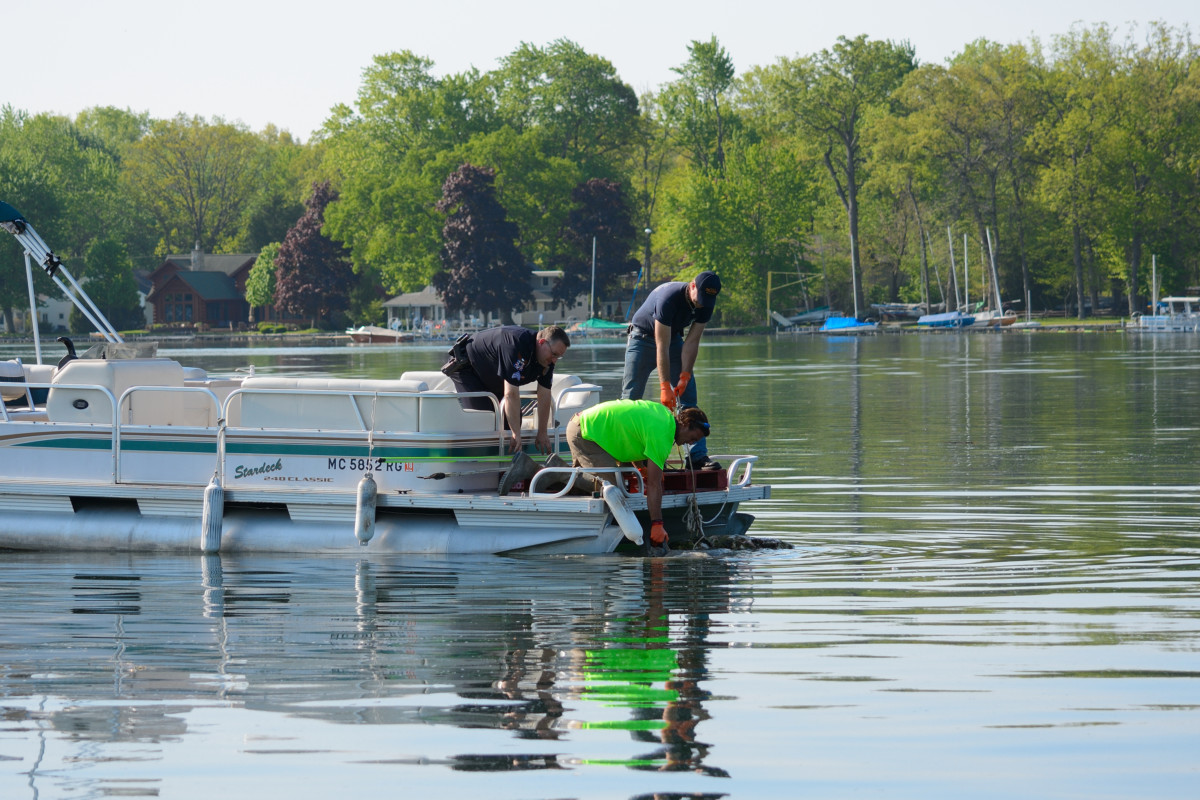 The removal operation was accomplished this way by Columbia’s three man crew–from the Police Department, Sgt. Jay Niles and from the Fire Department, Lt. Jeff Simpson and Firefighter Brian Sleeman.  Their first step was to grab hold of the anchor line and tie it to the raft.  They then backed the raft to the nearest launch at the Beach and Boat Club.  From there, they dragged the carcass into a position so that it could be pushed onto a front loader.  After shoving the still-intact carcass into the scoop, they then drove the front loader onto a platform truck.

Sgt. Jay Niles, who piloted the raft, explained that it had been loaned by Fred Newton, an assistant chief from Somerset Township.

Below find the sequence of events in pictures.  Click on the first photo.  That will enlarge it.  To advance to the next one, move your mouse over the right edge of the photo and click on the arrow. 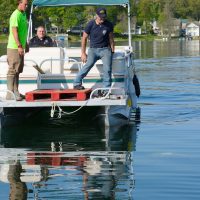 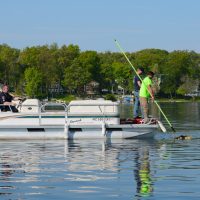 Grabbing hold of the line 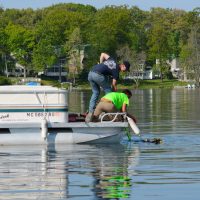 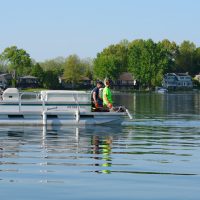 Dragging it toward shore 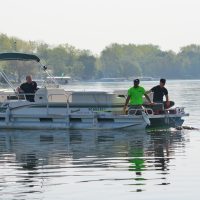 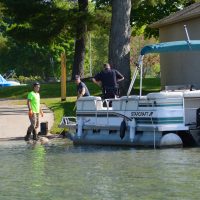 At the boat launch 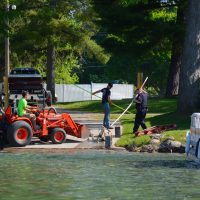 Shoving it into the scoop 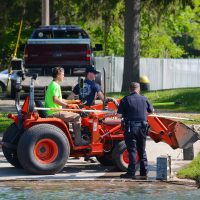 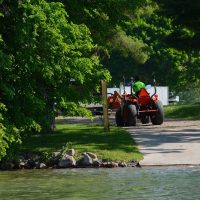 The photo below was taken yesterday. Both the photo and location were posted yesterday on this website so boaters could avoid the potential hazard. 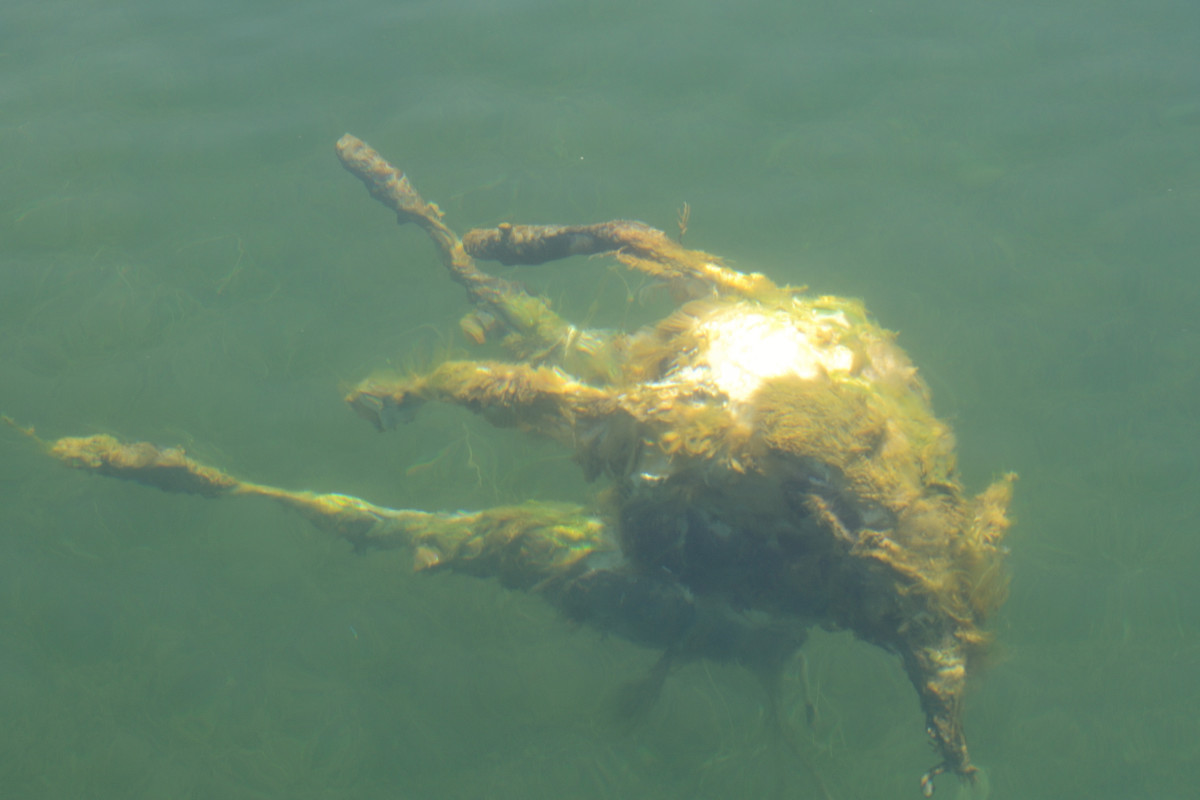