A Clark Lake Wedding with a Twist

Clark Lake is a destination for weddings.  Unforgettable days, visual charm, and friendly surroundings often contribute to the decision to marry at the lake.  And of course, summer is when most take weddings have taken place.  As you read on, you’ll learn of one wedding ascribed to Clark Lake history that took place perilously close to fall.

Sometimes creativity has played a role for the ceremony itself and/or what happens afterwards. On Sunday, Brett Potter and Denise Denman married.  They committed to each other just after 6 am Saturday.  The fog was lifting as the sun’s first rays illumined the wedding party.  Brett is Jill Bentley’s son.  The vows took place on the shore in front of the former Every cottage, now owned by Jill Bentley and David Nichols. (To learn more about the purchase of the Every cottage, please click here). 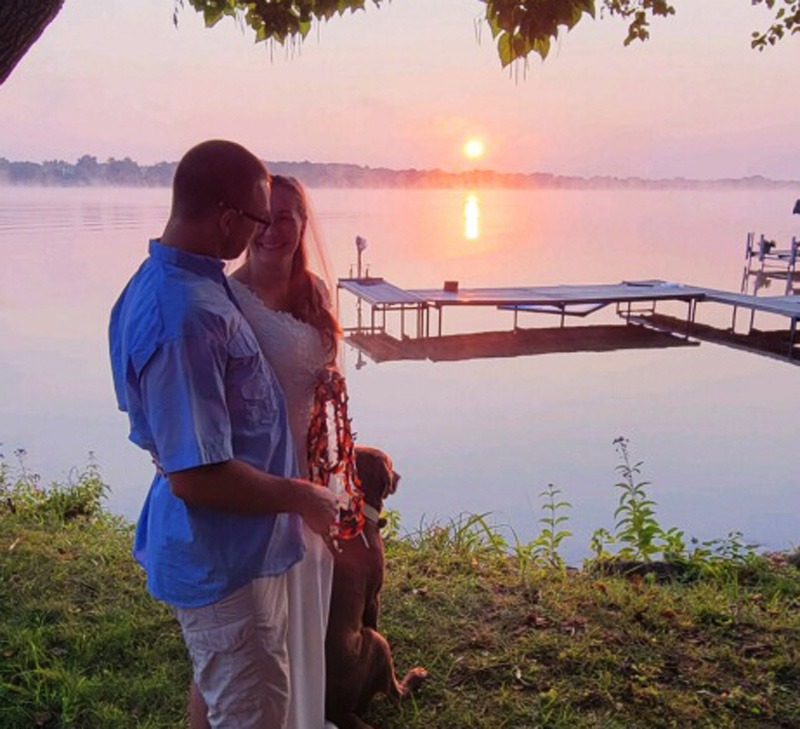 The wedding reception lasted most of the afternoon.  Then came the creative twist–a toga party.  When that inspiration first dropped in on the couple, the question also arose, where do you get a toga?  In the Animal House movie, the producers needed only requisition them from the Universal Studios costume department.  Of course, you could manipulate bed sheets, if you have the talent.  But this 2021 and we have a thing called the internet.  Brett and Denise, and their party, found togas readily available at, you guessed it, Amazon.

In the evening twilight, the party donned their garb, and headed back to the shore in front of the former Every cottage. 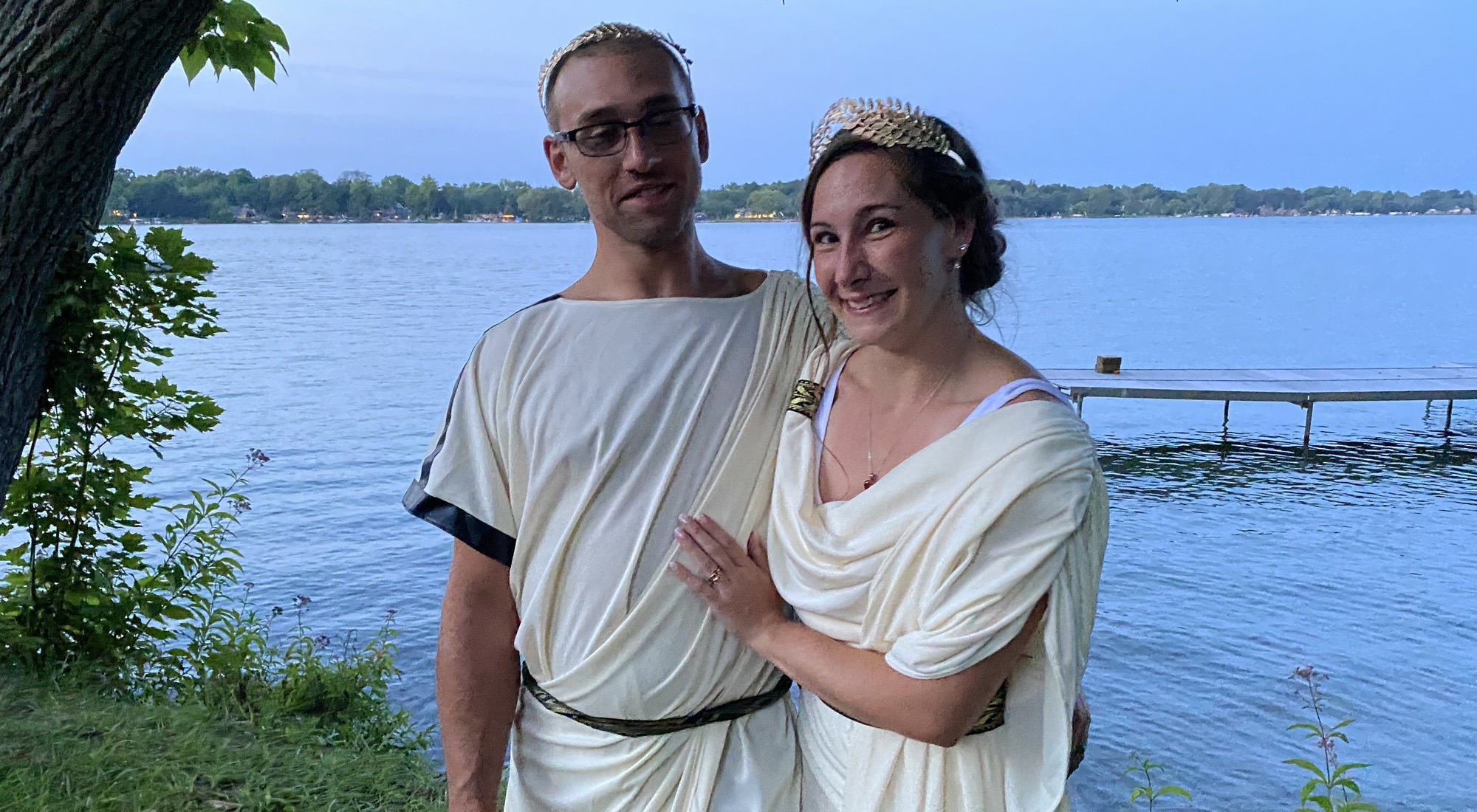 An interesting twist to Brett and Denise’s creativity has to do with the location of the toga event.   Rollo and Virginia Every, who owned the cottage for years, were Clark Lake trailblazers.  How they married nearly a century ago would have been considered highly creative back then, given how they expressed both their love for each other and for Clark Lake.  Ted Ligibel, who wrote Clark Lake–Images of a Michigan Tradition, interviewed Virginia Every on August 1, 1986.  She told him the story.  Their wedding took place on the water, September 3, 1926 at sunset.  The wedding party were in two boats that had been tied together.  As their ceremony proceeded, the boats drifted across the lake, nearly going ashore at what was then the Gilbert place.  Through the years, others weddings would follow on both lake and shore, with variations.  No doubt Brett and Denise’s creative turn on the shore will be replicated, but in what way?  Only the future holds the answer, but it is sure to happen. 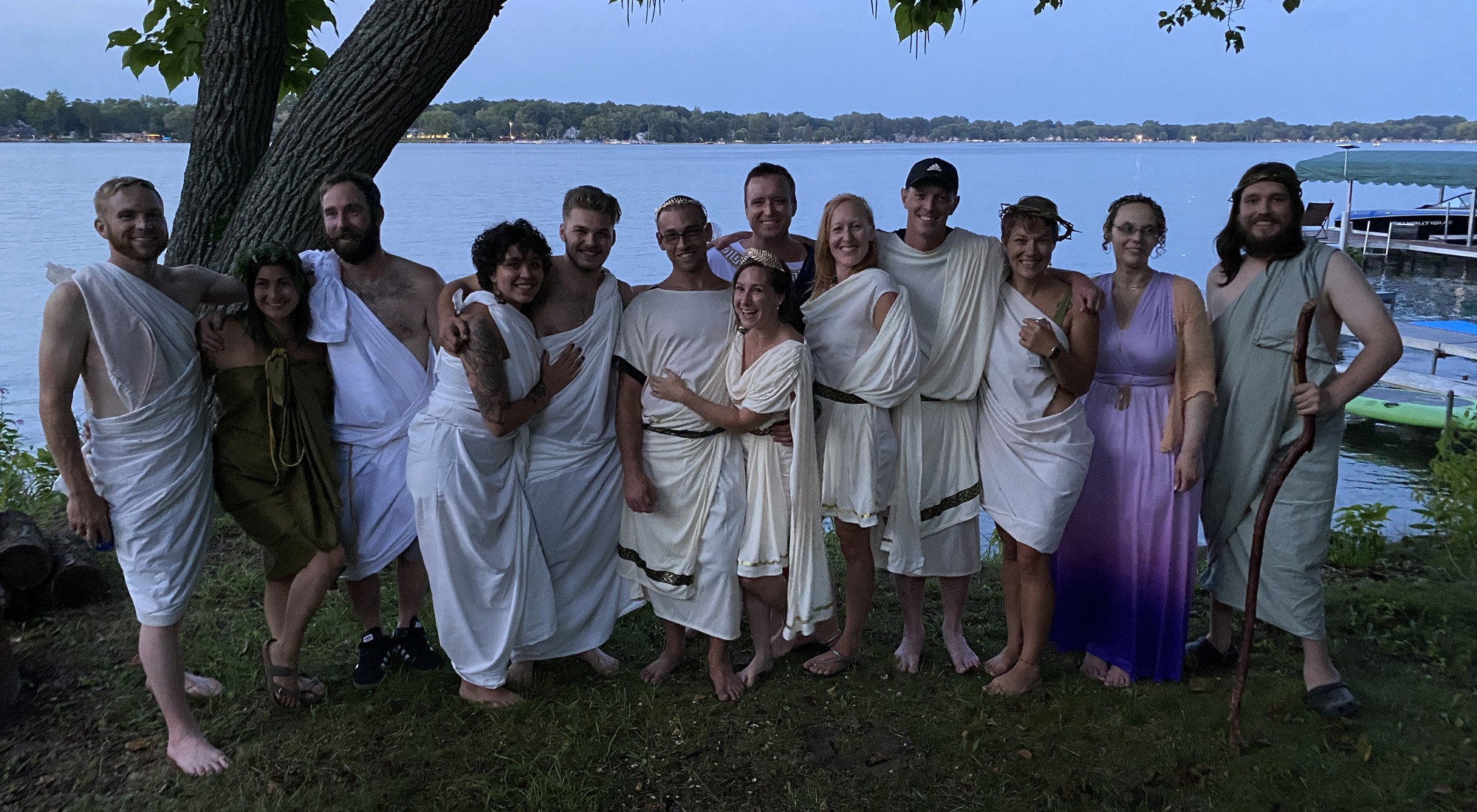