Turning 90 is a remarkable milestone for anyone.  But it’s even more remarkable when it’s someone with the Clark Lake Spirit of Angela Rensch Ligibel.

On Saturday, Angela’s family surprised her on her 90th birthday.

Family and friends gathered together inside the Clark Lake Community Center as they awaited her arrival by raft.  Her family had spun a tale that her help was needed to identify some historic photographs at the Community Center.  Little did she know what was really in store.  The raft with Angela’s entourage docked at the Beach Bar and the group headed up the hill to the Center.  Once through the door, the 90 or so who were waiting let loose with “surprise!” and two enthusiastic choruses of “Happy Birthday.”

(Photos: click or tap to enlarge; repeat, to reduce) 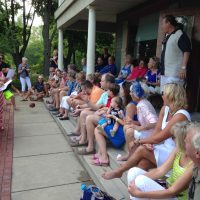 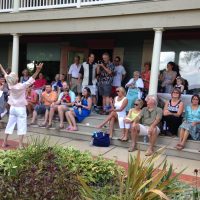 After the performance, Angela, with hands in the air, adds her own thoughts and accepts the adulation of the crowd 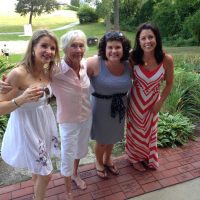 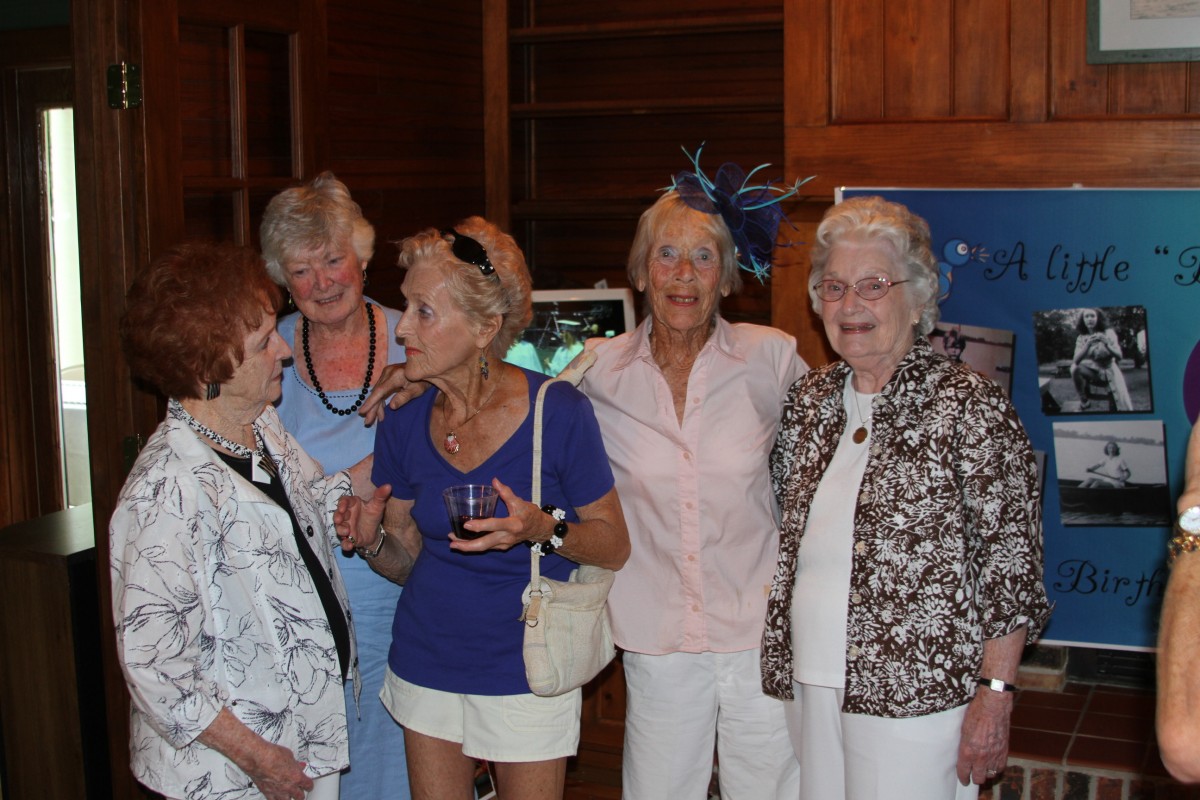 Angela Ligibel has a large family–9 grandchildren and 8 great-grandchildren.  Not only does she have a wonderful family, but a large number of friends.  Faraway family members,  flew in, some of them under a cloud of secrecy, to preserve the surprise. Four of those friends who attended were fellow students from her elementary school days. 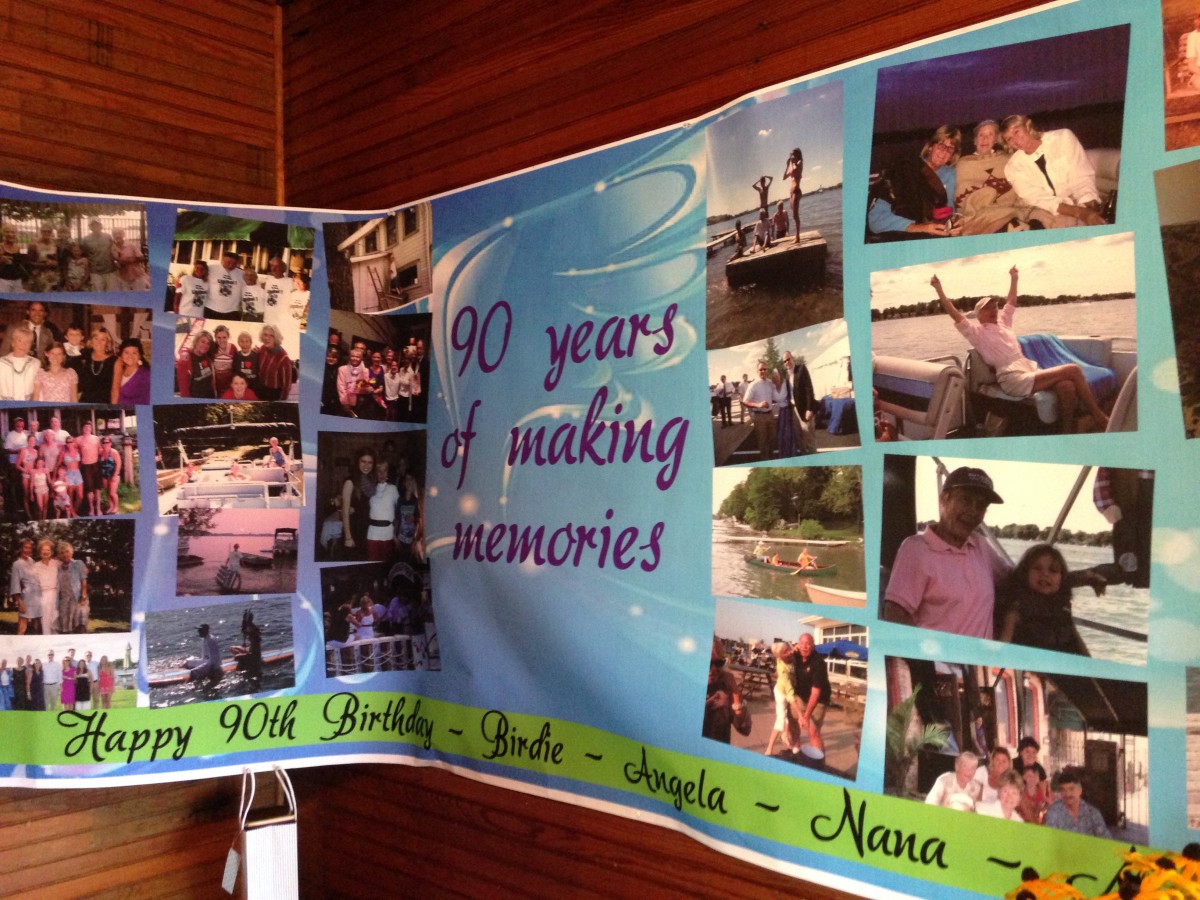 Many photos of Angela and those she loves were posted on the Community Center walls. Dotty Karkheck assembled the photos into banners and Joe Collins enlarged many individual shots that decorated the walls.

Angela’s children and their spouses (Mike and Nancy Ligibel, Ted and Pat Ligibel, Jim and Angel Dandar, Beckey Ligibel and friend Barry Adams) started work on the surprise party on a cold day in March.  After many meetings and lots of creativity and hard work, it all came to fruition on Saturday–without a hitch.  Angela said “I was totally surprised–and overwhelmed!”

Clark Lake memories multiply over 90 years.  You can read Angela’s My Clark Lake Story that she wrote by clicking here.  And every year she adds to those Clark Lake memories.  An example is her several year involvement with Raft-O-Rama. Most recently she was part of the crew for the “South Pacific” entry in this summer’s competition. When you consider what Clark Lake Spirit is all about, without a doubt Angela Ligibel more than amply fills the bill! 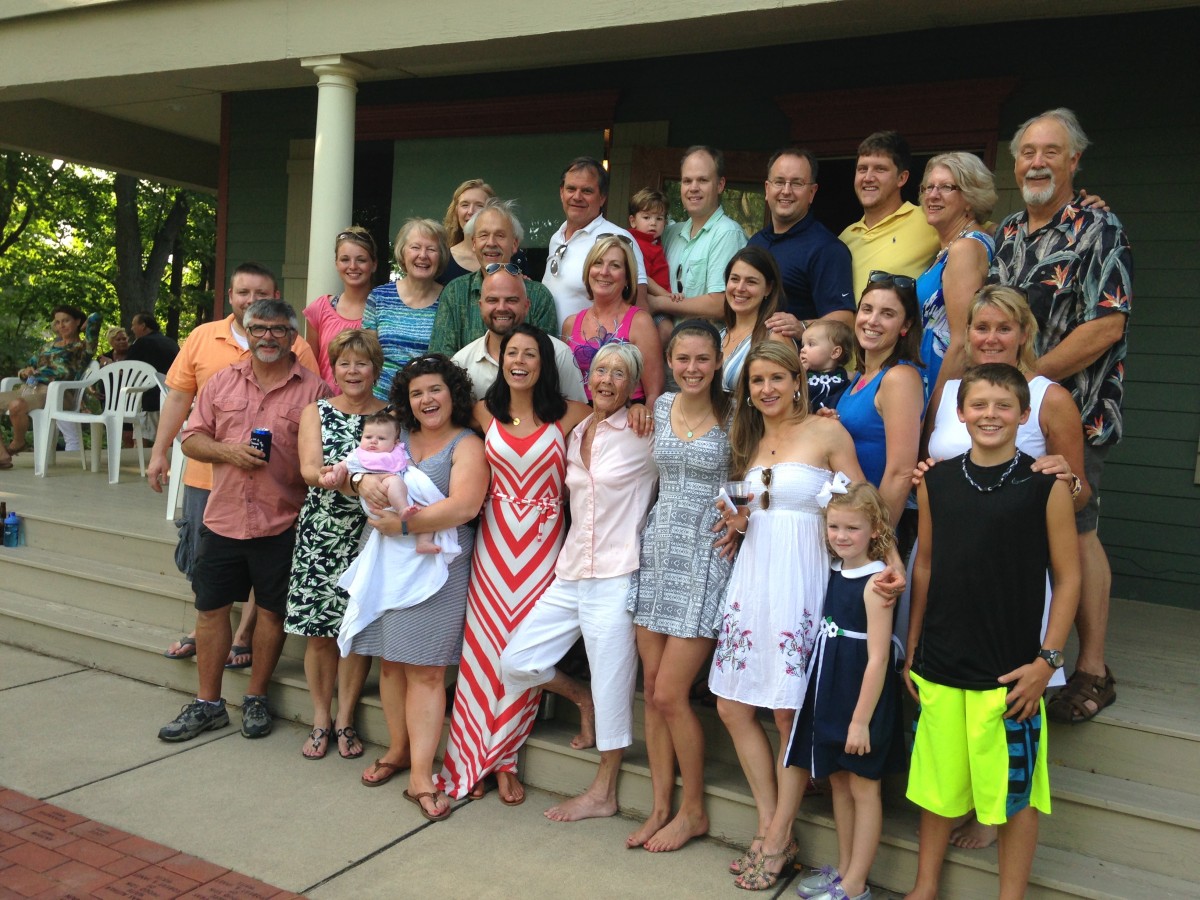