The sky at Clark Lake came alive the night before winter begins.  Bill Leutz captured the moment from the Eagle Point shoreline. 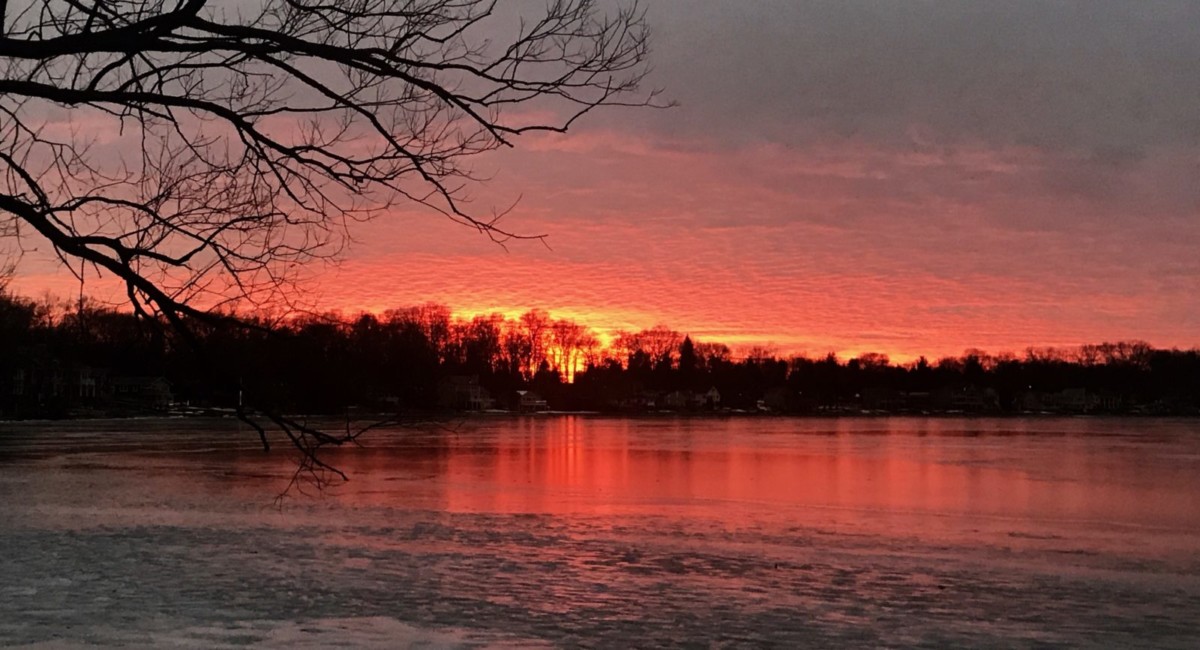 A bit later, the deep colors softened, but left some of the texture intact. 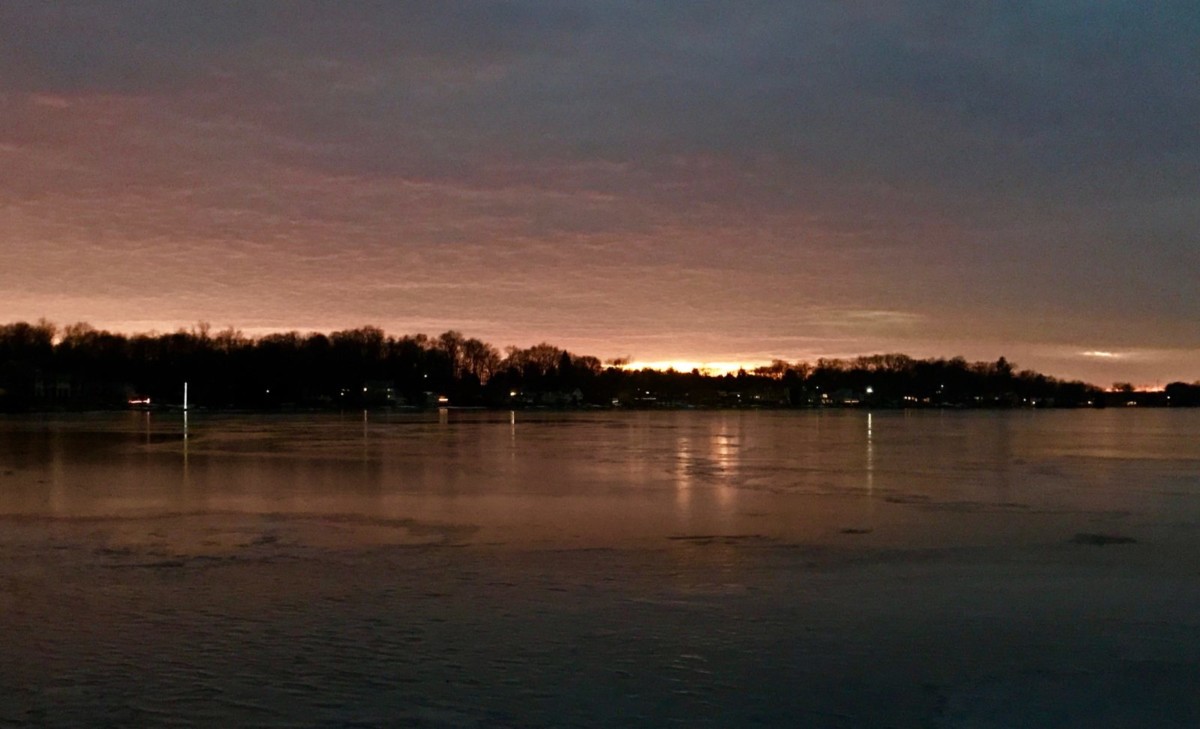 If you were watching the DamCam, you could also view tonight’s sunset (along with the odd greenish tint to the north shoulder). 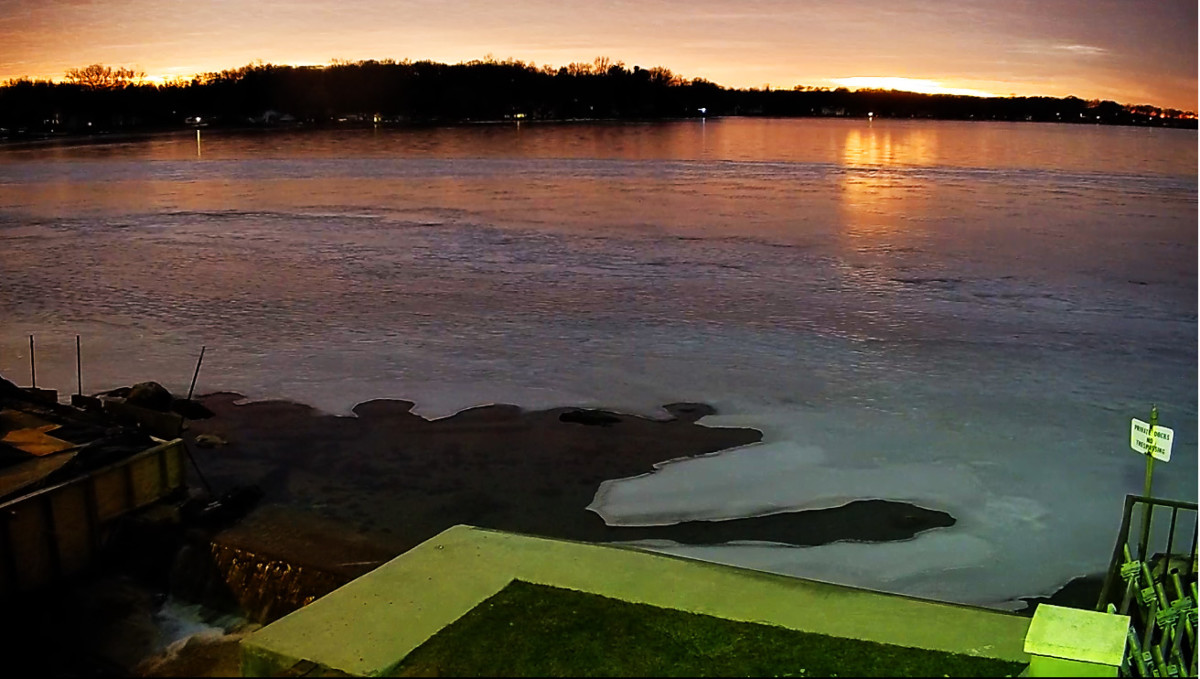 As you can see, ice remains on the lake in spite of temperatures recently rising above freezing. Bill says there is about 3 inches of ice, but that may have receded somewhat.  It was enough to lure  Pete and Elizabeth Shawaker out on the lake for some skating.  With caution in mind, they stayed close to the shore.