Friday started with the forecast snowfall, says Bill Leutz.  By 9 am, he had an inch and a half on his walk.  While the snow came down heavily, it was the lighter variety.  So he was able to sweep the snow off walks, and did so 3 times.  By 4:30 pm, there was 9 inches of snow, reports Bill.  Two to 3 inches of it were leftovers, and the new snow added to it by about 6 and a half inches. 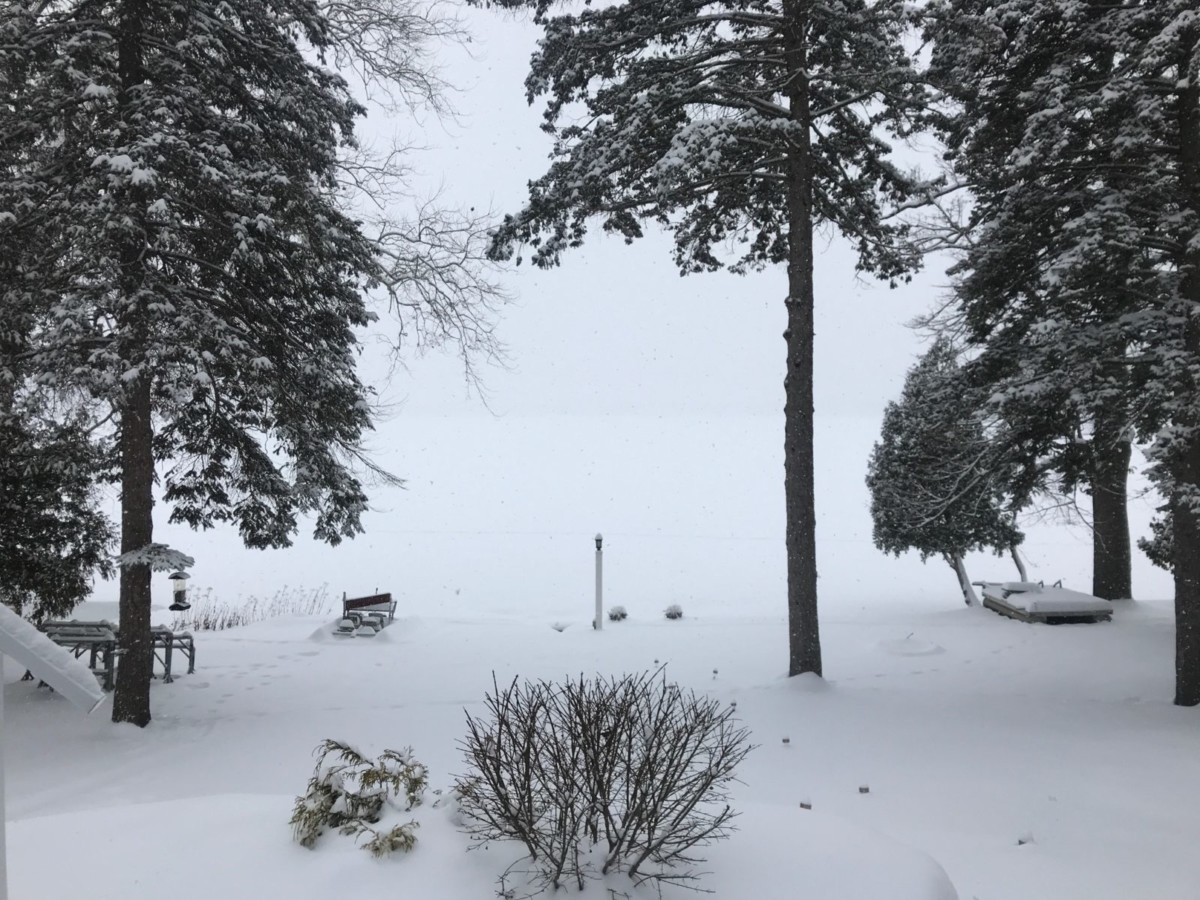 WHAT…Heavy snow. Total snow accumulations of 6 to 10 inches are expected.

Just like Bitcoin’s decline, the snow is not yet done with Clark Lake.  Below is the current National Weather Service forecast, as found on the main page of this website (as of 5:30 pm). 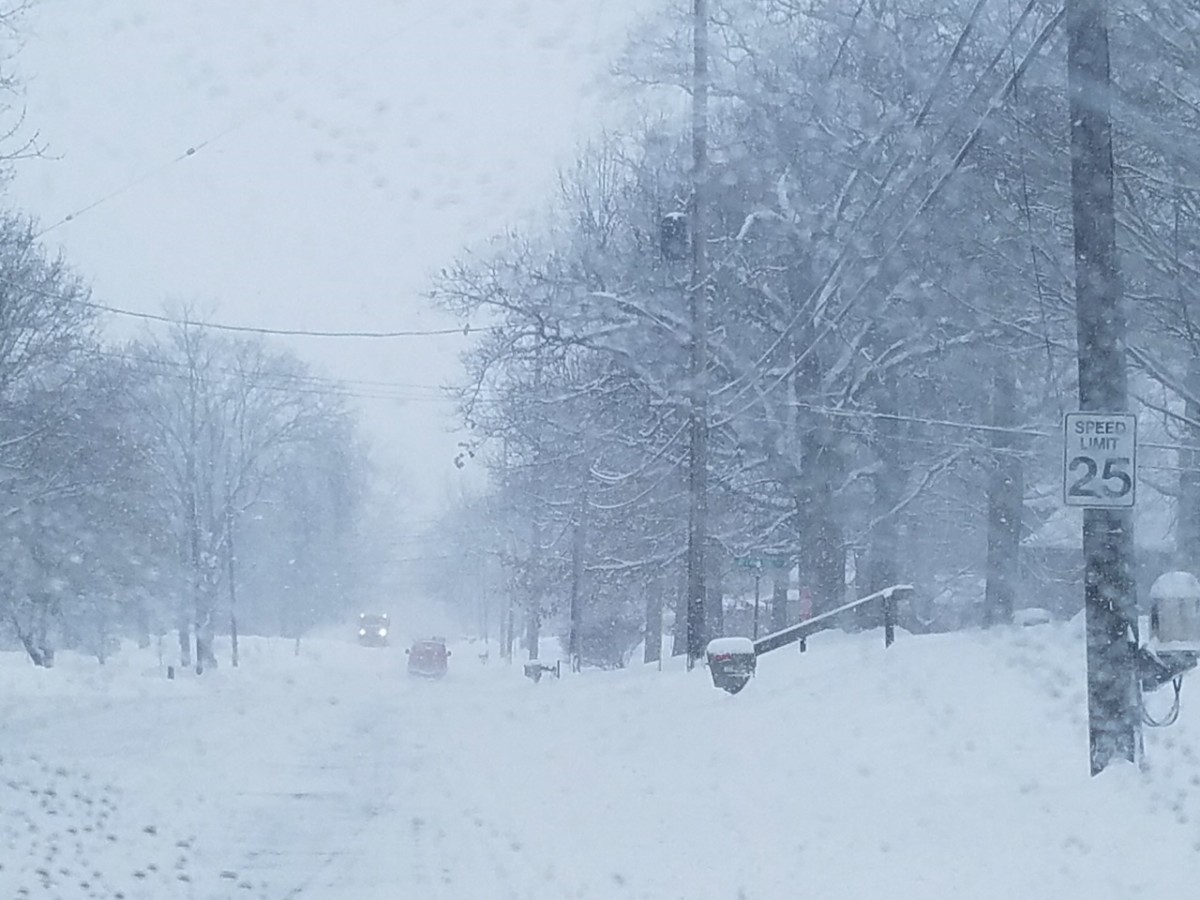 Meanwhile, the DamCam stands guard at the east end of Clark Lake. Views will vary depending on conditions. 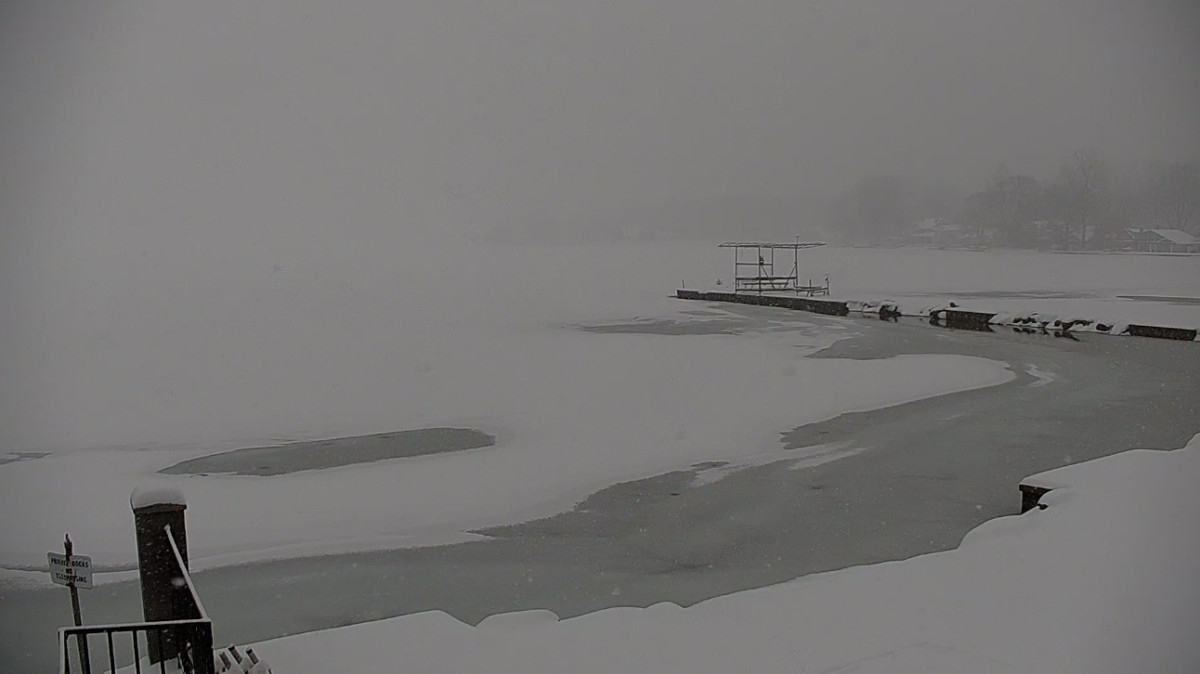