As you will see in the video, Clark Lake’s two hockey teams left nothing on the table.  For this annual event, Eagle Point was the home rink.  Almeda Court was the challenger.  This hockey match, now in its 6th year, pits one end of the lake against the other.  It’s all done in friendship, of course.  But like Raft-O-Rama, victory is always sweet—and diligently pursued.  Comments that it was a hard-fought, clean game were widespread.  No fights…or is that statement accurate?  Watch to see the teams in action and expect the unexpected.

There were plenty of smiles as spectators and players enjoyed a Clark Lake February afternoon.

This winter has not been known for long stretches of extreme cold.  The ice seemed safe enough.  But when the teams gathered for the photo ops, it felt as if the ice was struggling. 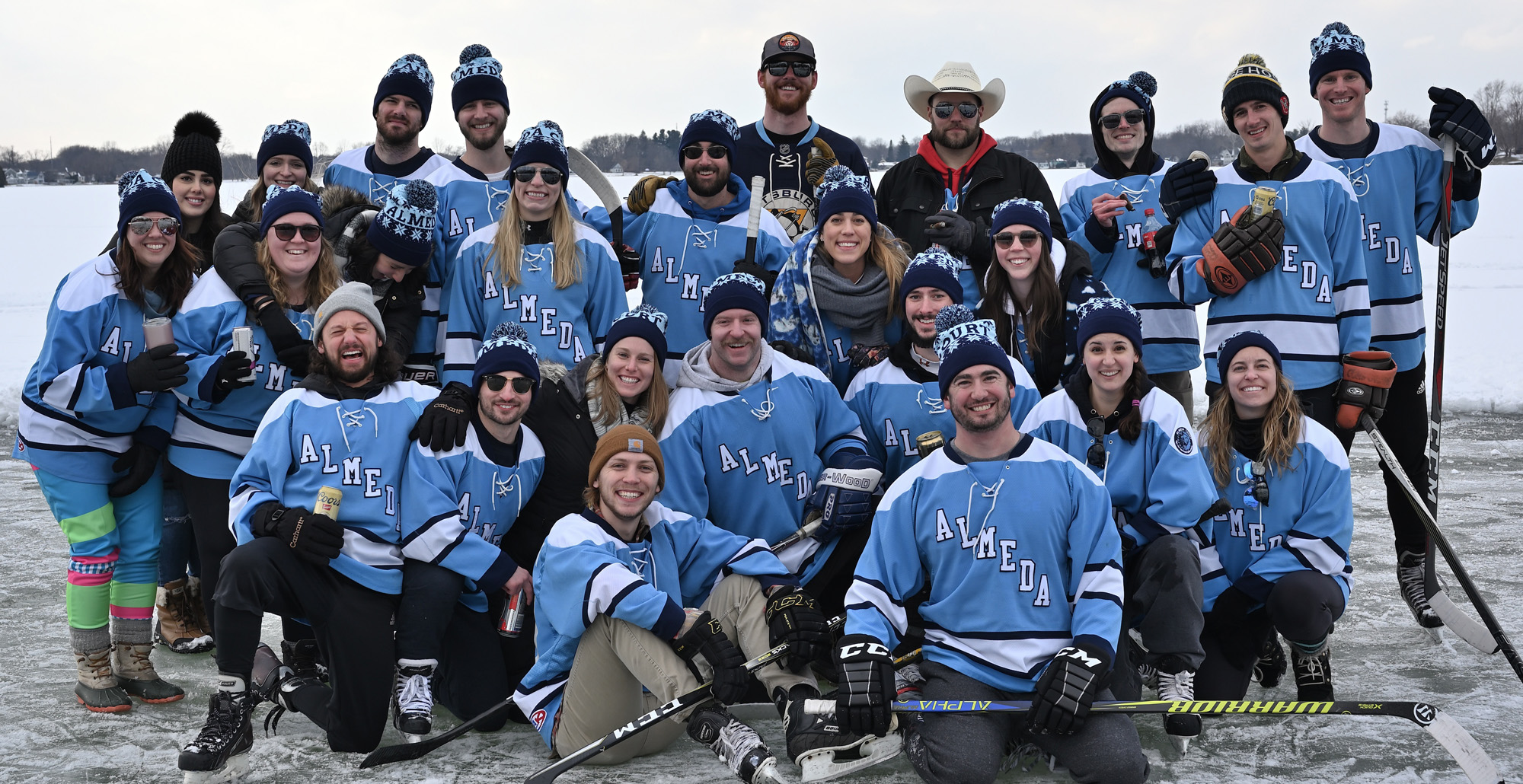