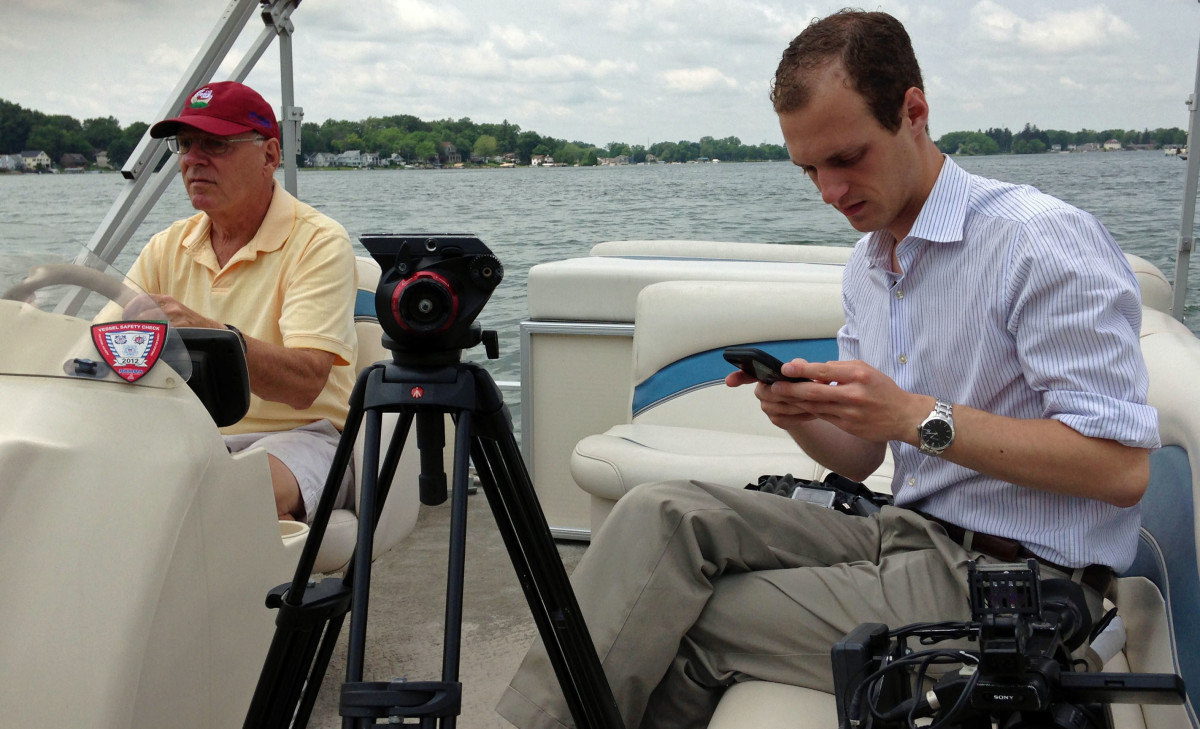 WILX-TV’s Lorne Fultonberg visited Clark Lake today to investigate something that many residents here know about–the invasive aquatic weed, hybrid Eurasian water milfoil (HEWM).  The reporter surveyed the lake by raft and spoke at length with Clark Lake Invasive Species Committee Chairman John Deming, and also talked with committee member Beth June.  One of the lake locations that was scrutinized was near the County Park at the east end where HEWM is already breaking through the water.

To view the story as it aired on WILX-TV at 6 pm today, please click here.

The reporter spent time thoroughly examining the evidence, even taking GoPro video to show the plant under water.  As you can see in the TV news story, Lorne took a piece of the HEWM back to the studio to illustrate what it looked like out of water.  To preserve the weed for the trip back to the studio in Lansing, John Deming had preserved it in a Mason jar. Before that, Lorne, not without a sense of humor, revealed his view of the invader in this video as he wondered aloud what he would do with it.