Welcome, A Plus Electric!

Please welcome Carl Evanson’s A Plus Electric as a new sponsor to this website.

As you may know, this website is published by the Clark Lake Spirit Foundation, a non-profit organization dedicated to the benefit of Clark Lake.  No one who provides content, edits, or publishes the website derives any compensation.  But there are third-party expenses such as hosting, domain names, and development costs (when coding is necessary).  So support from community-minded sponsors and contributions from individuals are important to continuing the activities of this website. 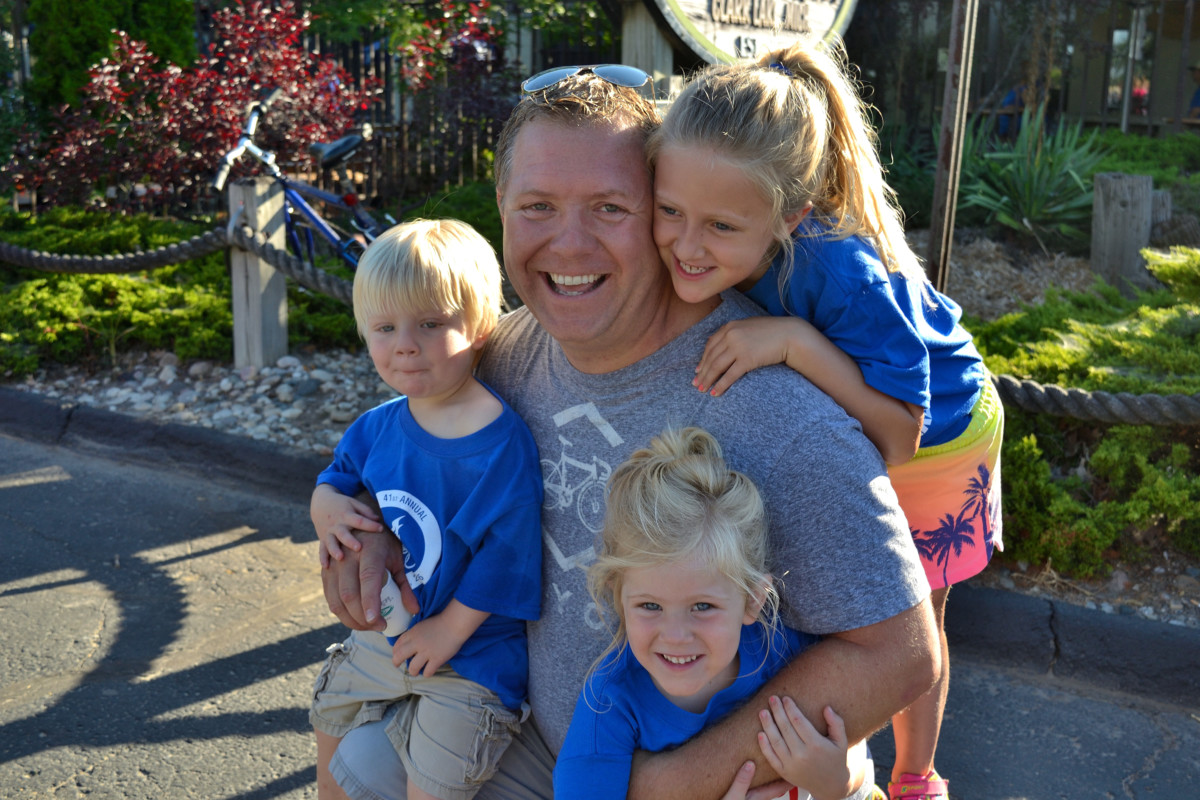 Carl and his kids at Run Clark Lake

Carl Evanson is all about Clark Lake.  It’s where he, his wife, and kids live.  From their deck, he can see his parents place across the lake.  His sister and her family live on the north shore. Clark Lake is also where his business started. In April, A Plus Electric celebrated 11 years of growing.  How did it start and where is it going?

On April 19, 2006, after nine innings of play, the Tigers were victors over the Oakland A’s 11-4.  It was the same day that Carl Evanson launched A Plus Electric.  Would his turn at bat as an electrical service company, also lead to a win?

It sure looks that way!

Carl explains “it was a chilly 43 degrees at 5 o’clock that Wednesday morning, and that’s how I felt—a bit nervous, but excited.  I sat down with a blank paper in front of me at Bob Evans, ordered coffee, and began to sketch out a client list.” 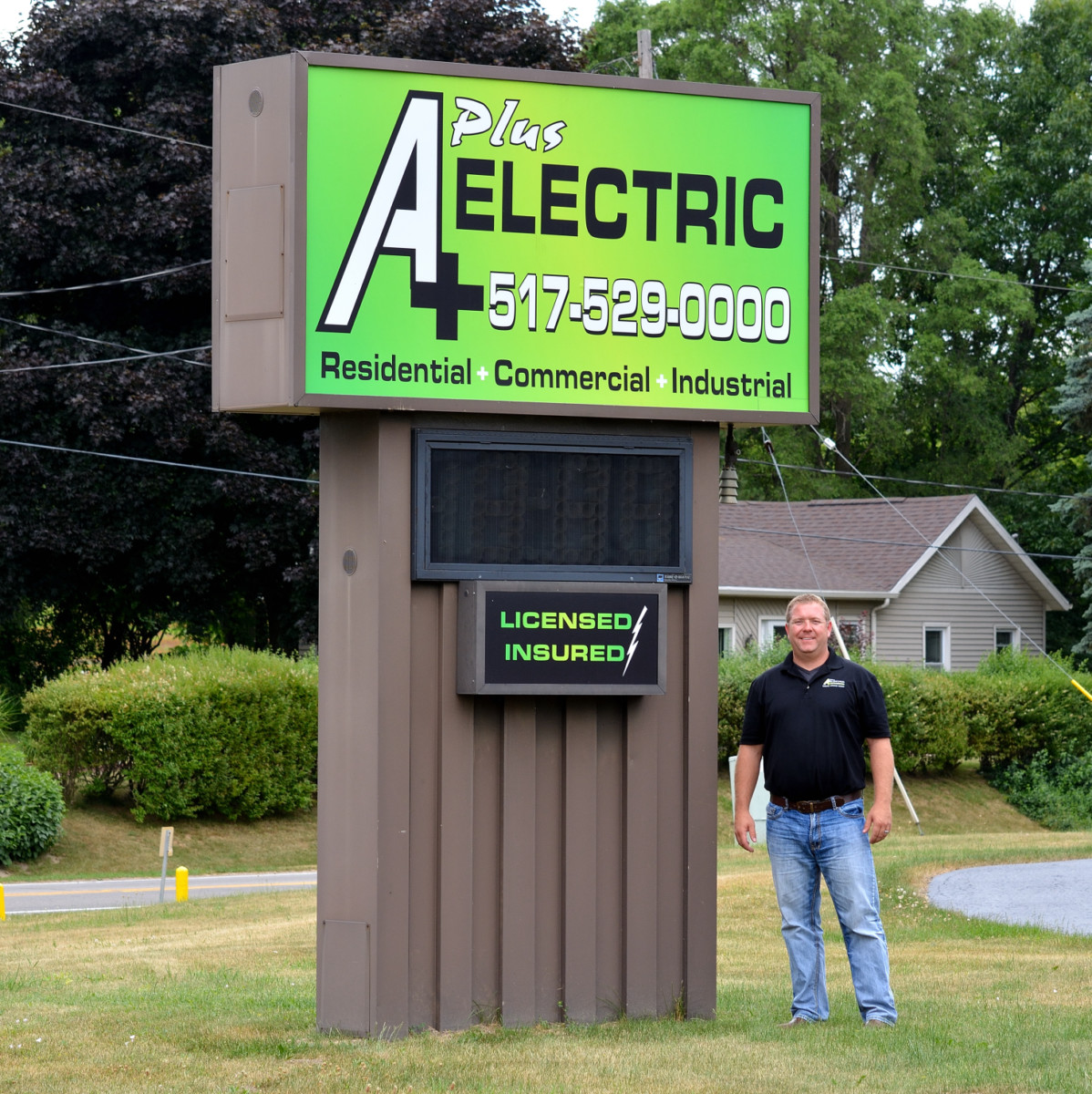 Carl likes to say his business began out of a closet.  “That’s where I stored my equipment. For a while, I was the entire company.”   A year into the start-up, he hired his first employee, and then a second.  Both are still at A Plus Electric.   Today he has 13 electricians in the field, and four people in the office.

What were early challenges like? Carl says “we sacrificed…we took jobs anywhere, anytime, and did what it took, no matter what lay in front of us whether it be some knotty problem, snow or a midnight call. And we’re still the go-to guys because we haven’t let up.”

Looking back over the eleven years, Carl remarks “I am tremendously grateful to our customers and to our team who believe in their work–and perform like the pro’s they are.  Our business is built entirely on one customer recommending us to another, and you don’t get referrals unless you’re good at what you do.”

A Plus Electric sums up the approach to business this way–quick, quality and affordable.  Carl adds “we serve homeowners, companies large and small, and are at construction sites.  Our team understands the need to innovate, and we’re very much at the heart of it, setting up sophisticated electronics at home or at work.”

Carl remembers that Wednesday in 2006 warmed up—to 71 degrees.  “I had filled my notebook with potential customers I planned to call on.”  Kelly Fuels was his first customer.  And if A Plus Electric were a baseball game, what inning would it be? Carl smiles, “we’re in the middle of the 2nd with bases loaded, and we’re heading for the playoffs.  Stay tuned!”

Carl and his family are active at Clark Lake, and regularly participate and sponsor events.  A Plus Electric is also highly visible in the community. Here is a sampling.