Bombs bursting in air, the rockets red glare…it was all there, Saturday night at Clark Lake.  As part of their family reunion, Nikki and Andy Weeks lit up the lake with a fireworks display.

Great Lakes Fireworks positioned two barges in the middle of the east end of the lake.  Before the show began, neighbors treated the lake to patriotic music, including the National Anthem.  Once the fireworks began, they commanded center stage.  But in the video, you’ll hear the Star Spangled Banner as it was heard while the lake anticipated the show.

The barges arrived at the west end boat launch late morning.  From there, they were floated to the Yacht Club where the explosives were loaded onto them.  The pyro crew continued to work on the set up in front of the Weeks’ Q Lane location during the afternoon. 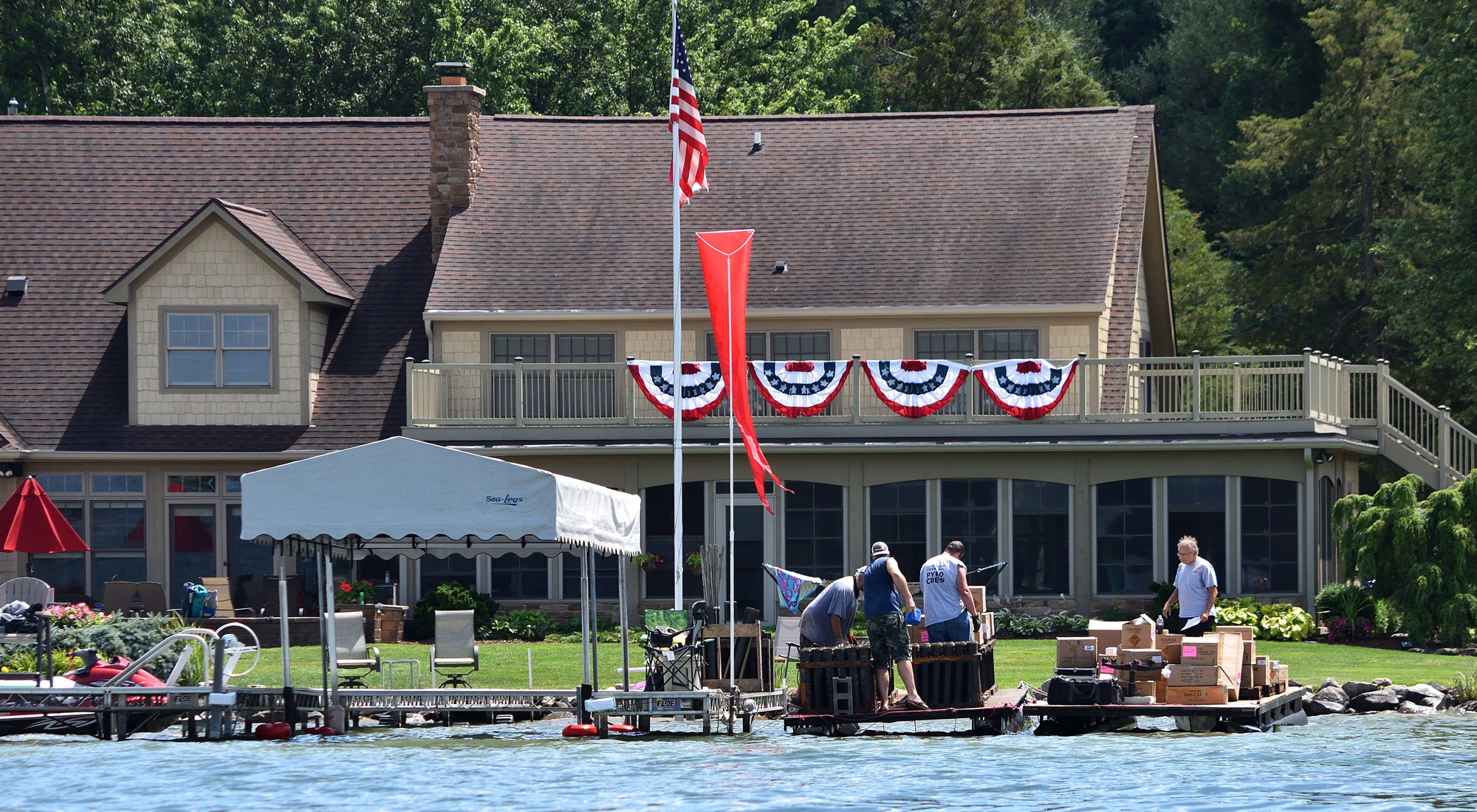 The Columbia Township Fire Department was on hand during the set up and display.