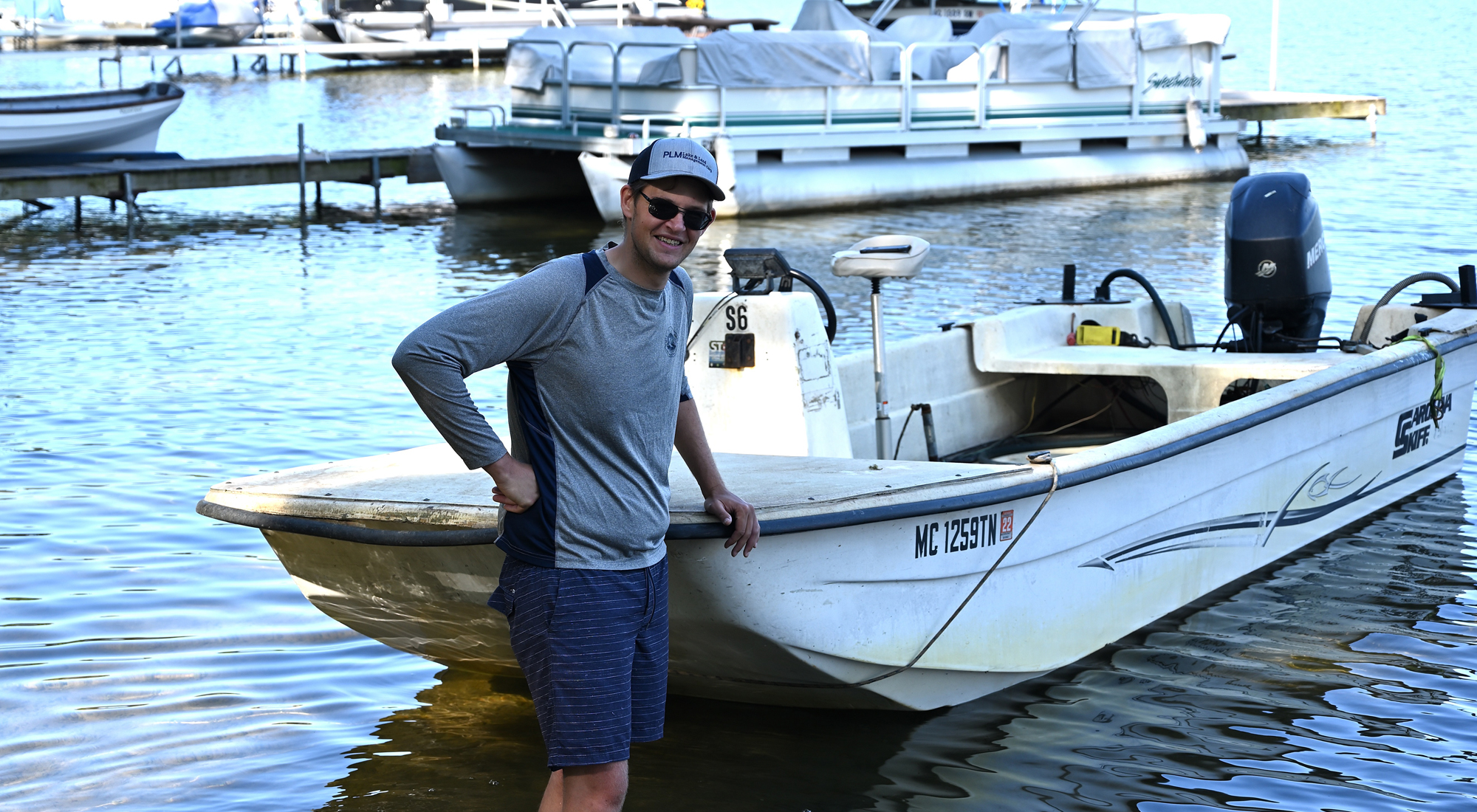 Last summer’s major attack on hybrid Eurasian water milfoil (HEWM) was successful.  But vigilance is key to the future.  The survey Friday revealed some stray HEWM, but the many large sections were not evident.

Another invader found in Clark Lake is starry stonewort.  This algae has been very destructive in some lakes.  Last summer, it was found in the area around the County Park.  PLM treated it. This summer it had not returned in the primary area, but some of it survived near a neighboring dock.  Starry was also found last summer at the Eagle Point boat launch, and Friday PLM found it was here again this summer.  Once the results of the survey are compiled, it’s likely that PLM will be back to take out starry where found.

It’s not always easy to identify HEWM, but spotting it is important.  Once this invader gets a foothold, it takes major work to reverse the infestation.  Below are three weeds found in Clark Lake.  James Scherer points to the HEWM.  The other two are native, and don’t pose the same threat. 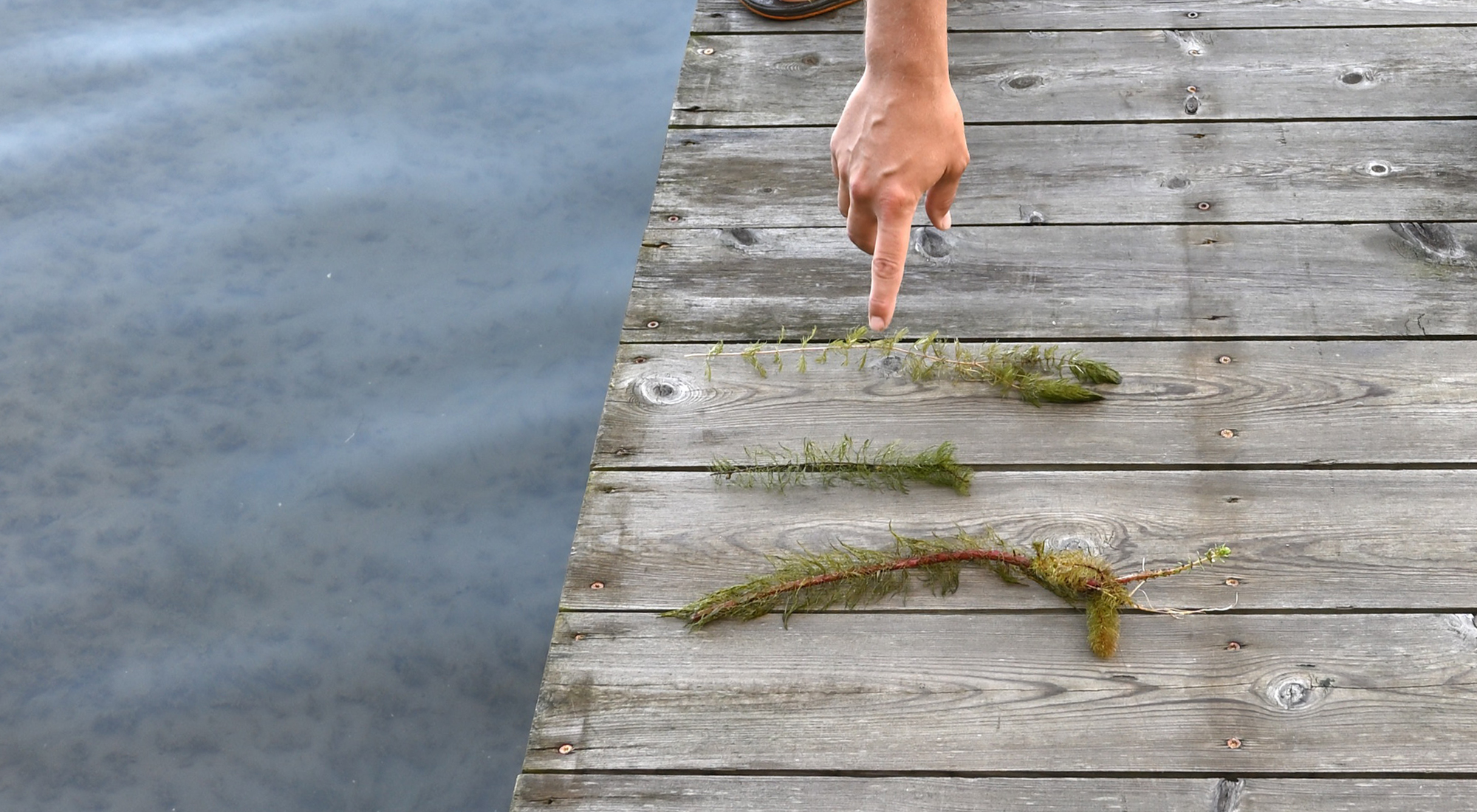 The leaf sections of HEWM are farther apart from each other.