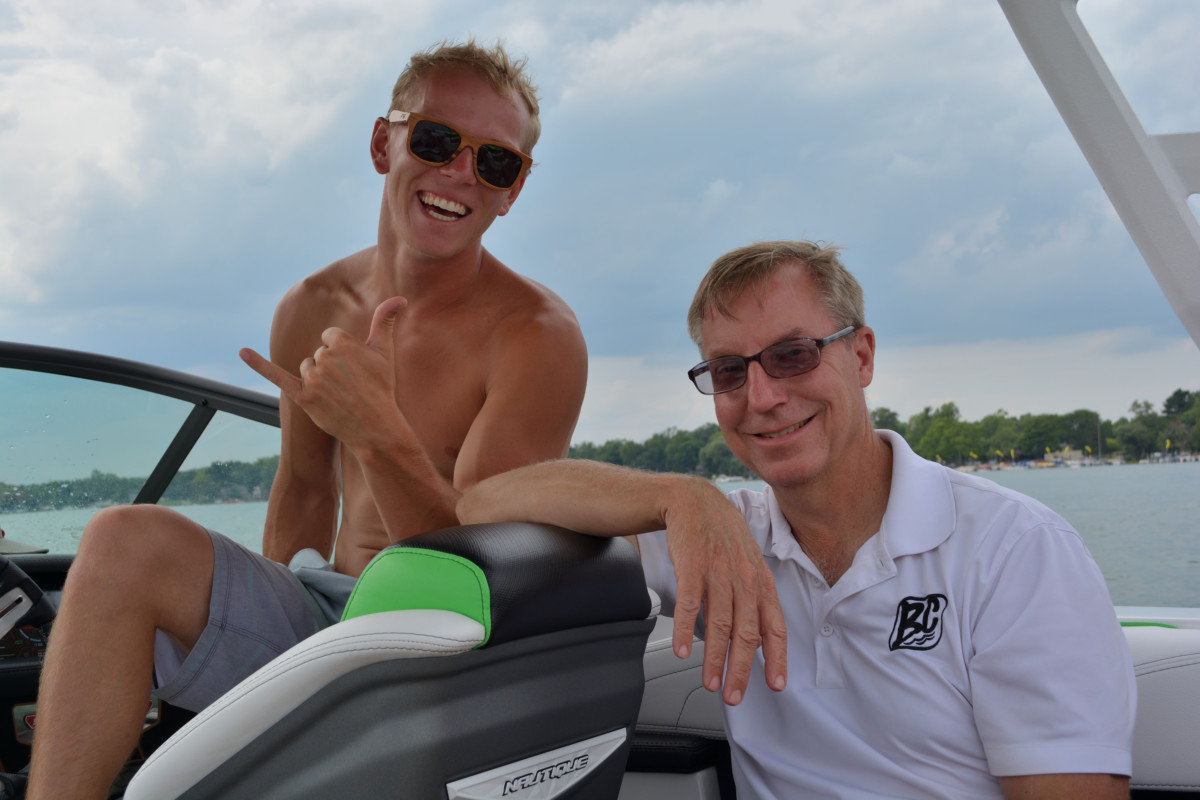 Nautiques are the inboard boat of choice for skiers and wake boarders.  Until now there were separate models for each.  The slalom Nautique minimized wake and created maximum high-speed stability.  The wake board version created lots of wake and speed was a secondary concern.  Now Nautique is introducing the 2017 GS20 for either at the push of a touch screen.

On Tuesday (8/10/16) Andrew Lajdziak and Damon Bundy, from Boaters Choice in Brooklyn, introduced it to Clark Lake.

To make the point at the GS20’s ability to produce great wake board waves, they brought in Tommy Czeschin from California.  As you can see, he surfs on the boats wake, sans tow rope.  That’s the same kind of wake needed for wake boarding. 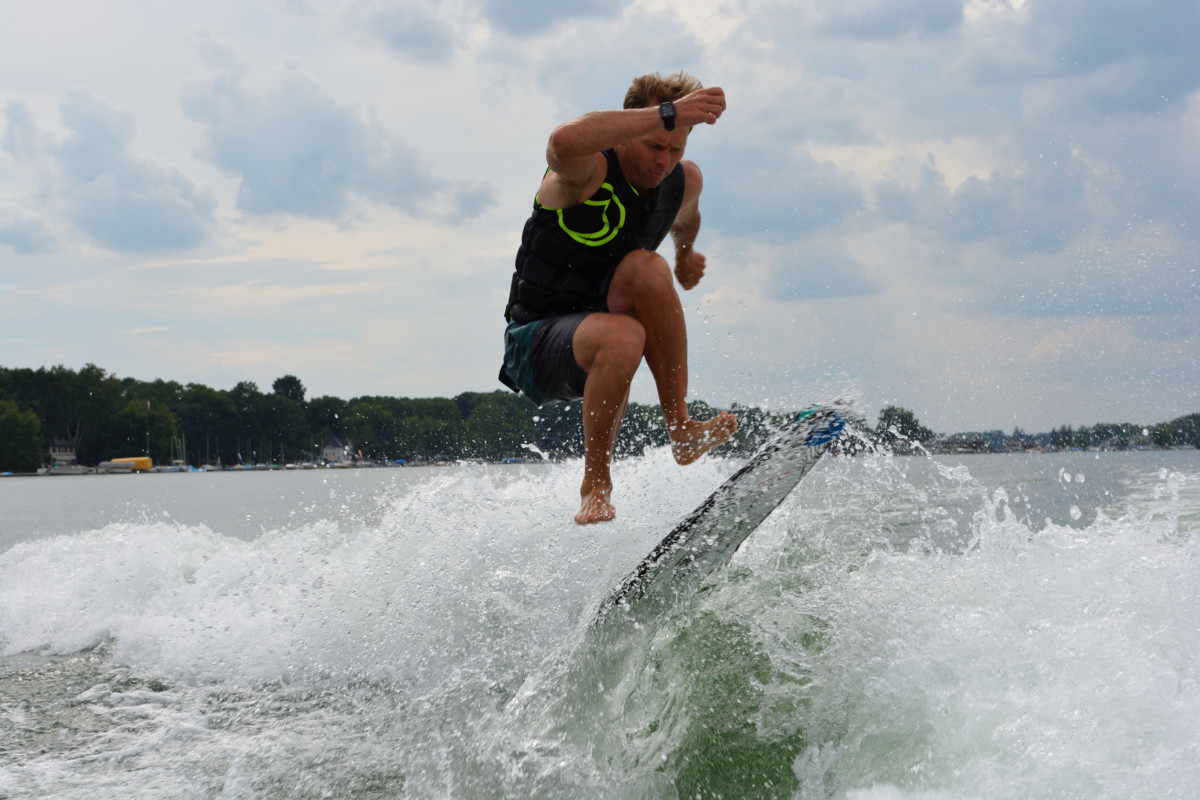 Here’s how the boat converts.  If you want to use the GS20 for wake boarding, you fill the ballast tanks.  To use it for slalom runs, you empty the ballast tanks, tap the touchscreen, and the electronics automatically compensate by altering the Nautique’s NCRS plate on the hull.  In slalom mode the PCM H5 Direct Injection power plant maxes out at 42 mph.

Next, see the GS20 throw off a big wake for surfing or wake boarding and then switch to minimal wake for slaloming.

Here are some more photos and videos.

To enlarge, click on first photo. Go to the next one by placing your mouse over the right edge, find the arrow, and click. 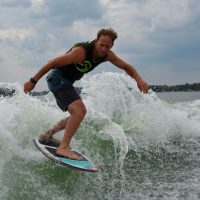 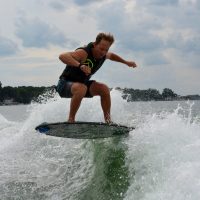 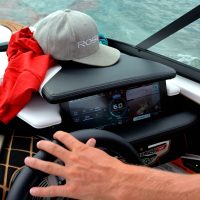