As previously reported on this website, Columbia Township has proposed a new ordinance (20.11) that would govern residential outdoor living areas or ROLA.   Why is this relevant to property owners?  This new law, if passed, will significantly change what you can have in your yard now and in the future.  Opposition to this ordinance has been growing.

Recap: The purpose of this ordinance is to ensure you do not obstruct your neighbor’s right and left views, as well as straight ahead.  It impacts both lakefront and non-lakefront properties, and is specifically targeted at “back yards.”  (To the Township your back yard abuts the lake, and your front yard faces the street).

What could be affected?  Possibilities include decks, fire pits, grills, and retaining walls. Although the ordinance language does not specifically restrict plantings such as trees and shrubs, it doesn’t exclude them either.

When adding something to your outdoor living space, expect the following.

What’s new:  The Columbia Township Planning Commission has been working on a rewrite of the zoning ordinance to bring them into line with current state law. Now completed, the zoning ordinance package next goes to the Columbia Township Board of Trustees to be voted into law.  Section 20.11 or ROLA was not part of the planning commission’s work, but was crafted under the direction of the Township Board of Trustees.  Having learned of this add-on, the Planning Commission recently took a roll call vote.  They recommend the Board of Trustees pass the ordinance “without section 20.11.”

The trustees will vote on the ordinance later this month.  Although not on the agenda for tonight’s regular meeting (Oct 15), it may be discussed during public comment.  Individuals have three minutes to voice their opinion near the beginning and end of the meeting.  The meeting begins at 7 pm.

Here is the ordinance and the illustration that accompanies it. 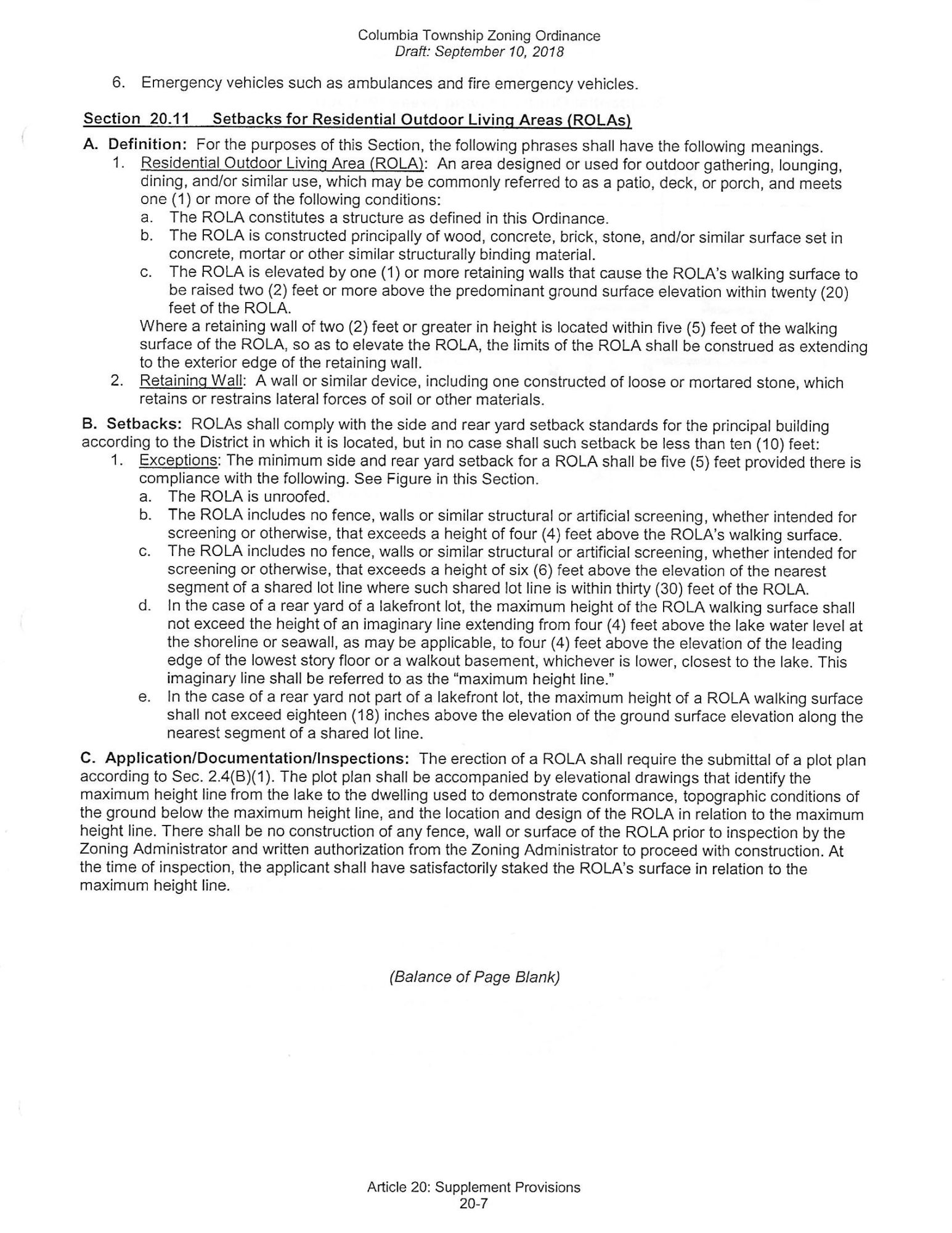 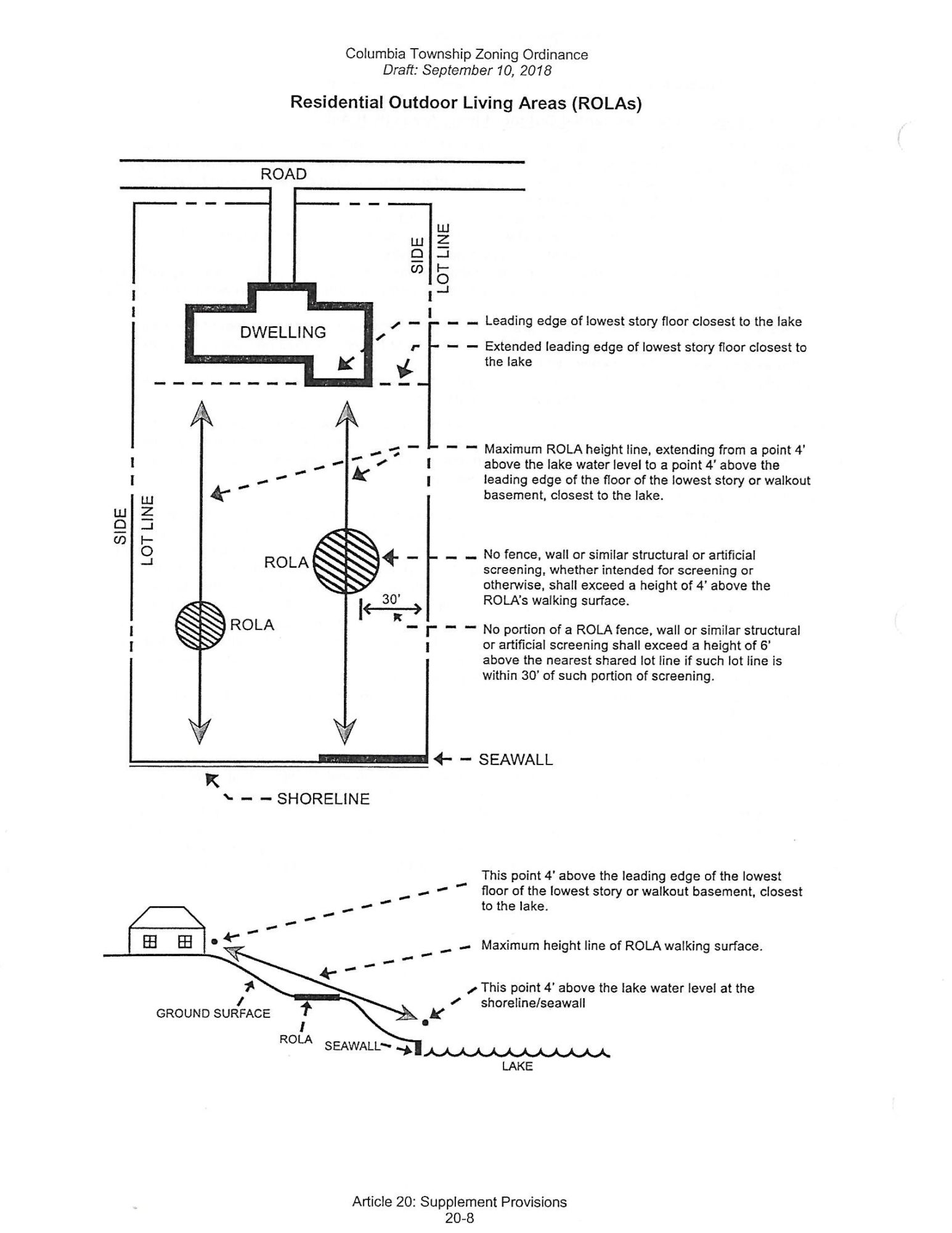 Mike McKay, who is on the Planning Commission, has either built or remodeled over 100 properties at Clark Lake. According to Mike, this new ordinance would create serious problems both for existing properties and for changes you want to make in the future.