It was hot today.  Good news if you were at Clark Lake because the water was perfect for a long swim.  It was cold enough not to be a heated swimming pool, but it wasn’t the Polar Plunge either.

Late in the day radar showed a storm was heading toward the lake.  It wimped out.  Just a few sprinkles that weren’t nearly enough to quench the thirst of lawns and plants that look like they could use a real soaker.  What did happen is this–a sunset afterglow full of pink, purple, blue, and from some perspectives, orange and yellow. 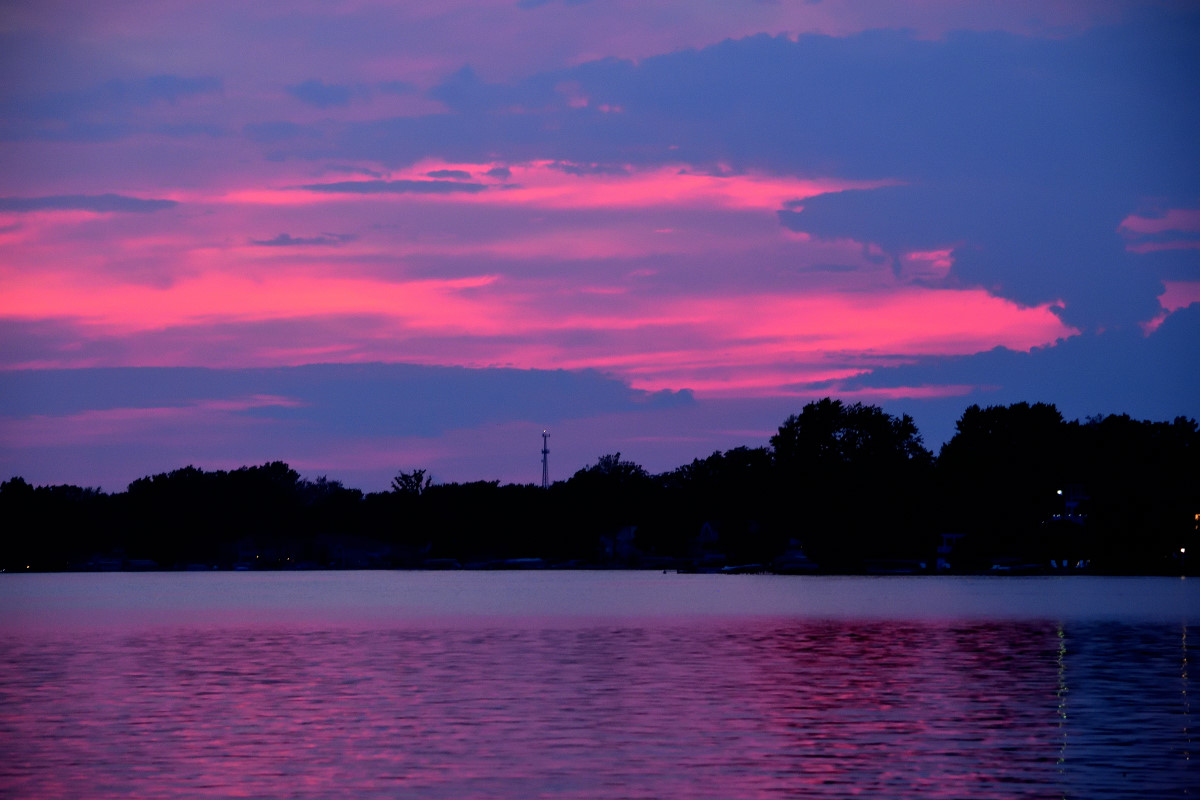 Bill Leutz, who also looks west along the Eagle Point shoreline, framed the sunset from his location that revealed some of what was going on above.  Check it out, below. 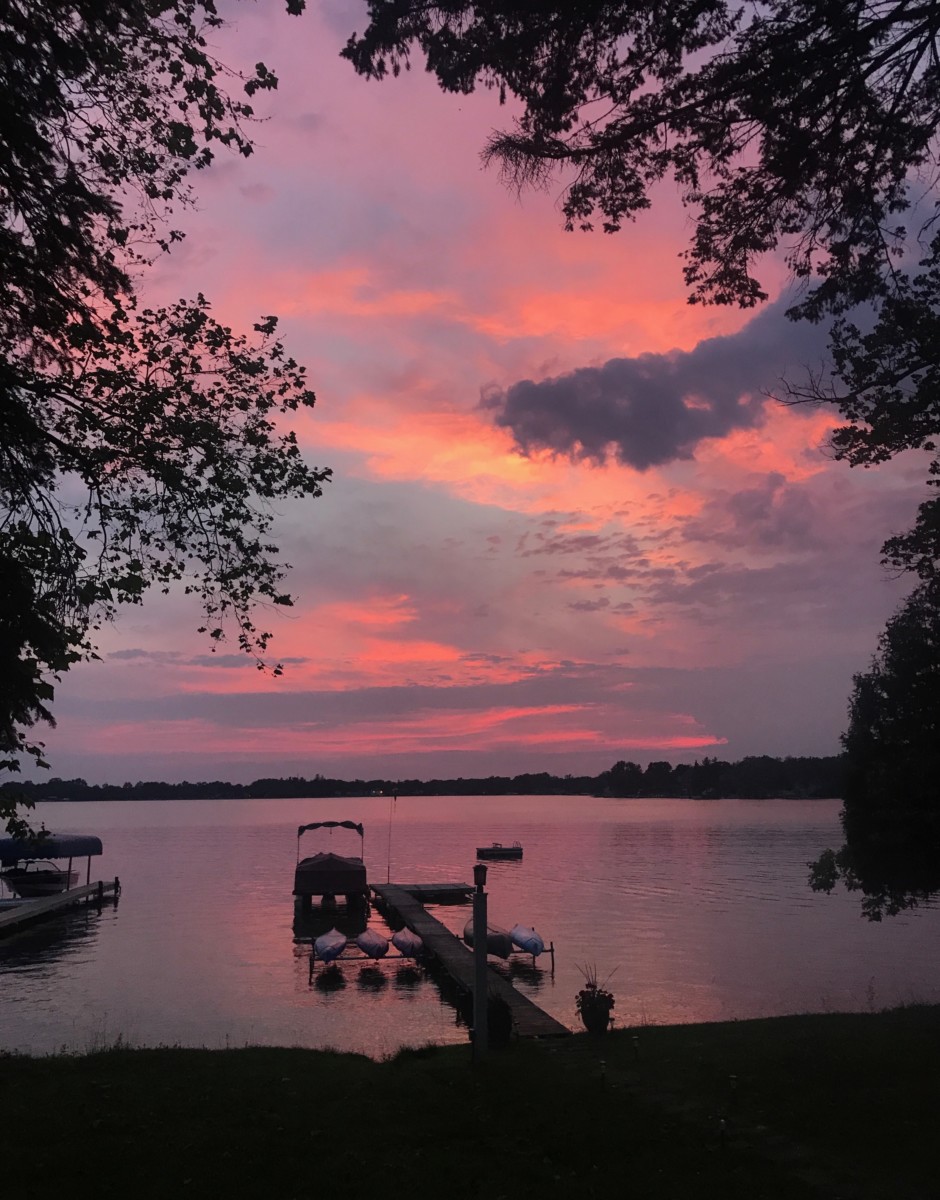 Sometimes sunsets show promise as their hour approaches, but then fizzle.  That happened Monday.  Once the sun headed toward the horizon, it slipped behind a bank of gray clouds.  Sunsets are hard to predict, and that’s part of the fun.  Here it is while it stilled showed promise. 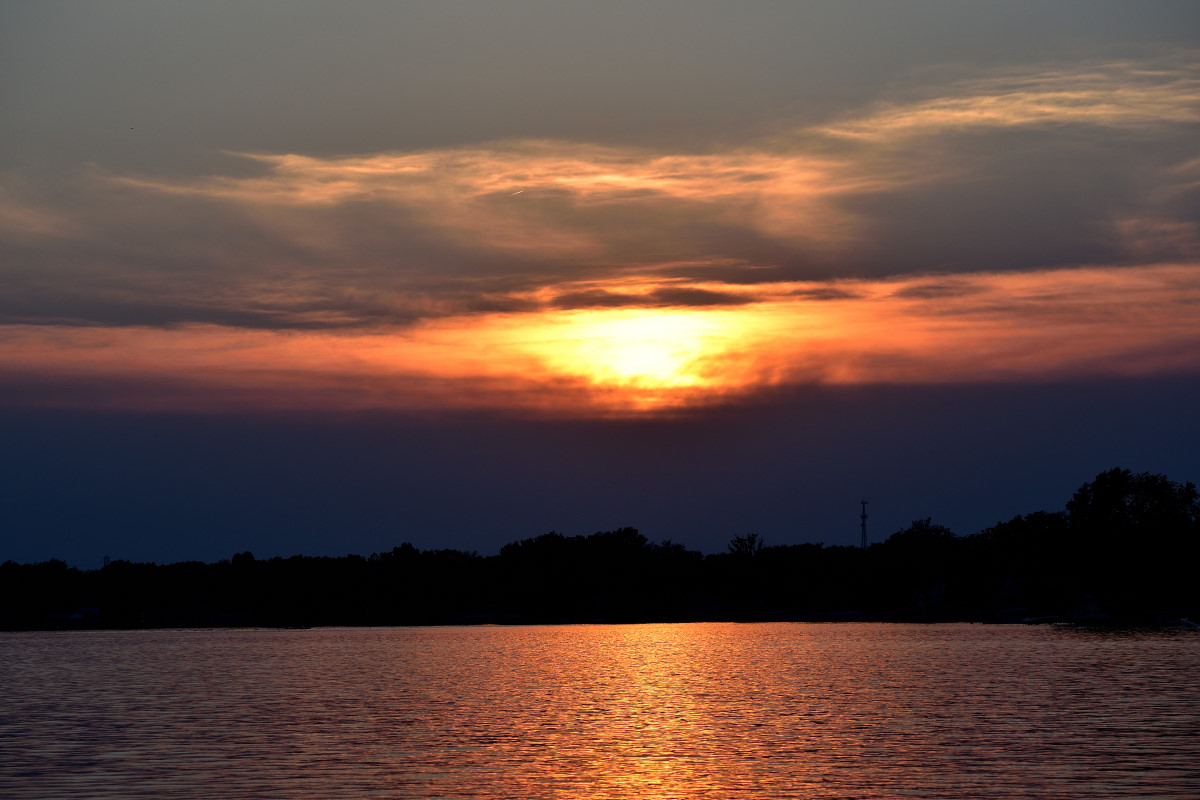