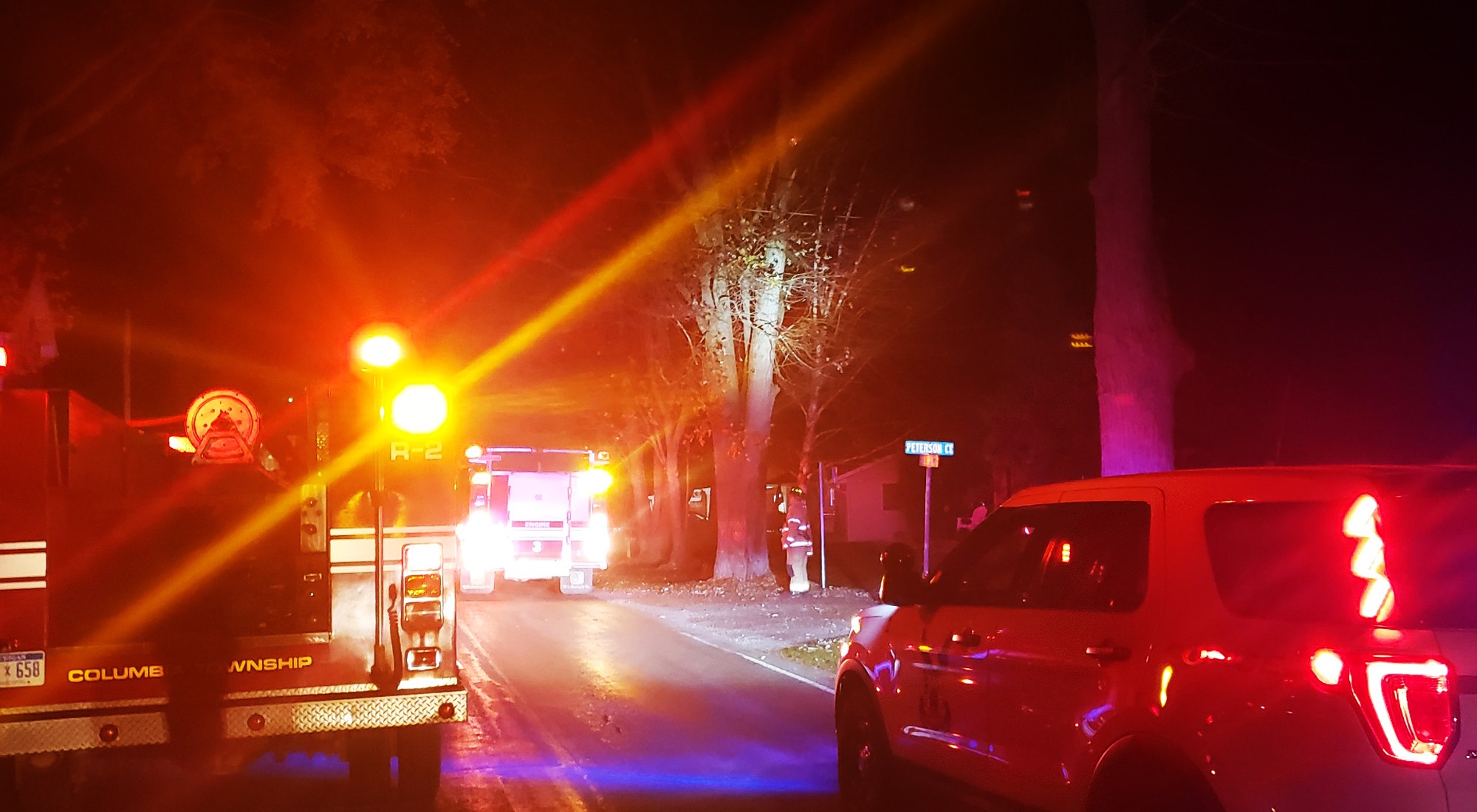 Flames from a burning tree could be seen by those at the east end of Clark Lake this evening, and brought out an assembly of neighbors.  Columbia Township Fire Departments arrived at the scene in the 6 pm hour to dowse the flames.   Acting Police Chief Jay Niles reports that the top part of the tree caught fire, probably from some leaf burning going on nearby.  The fire did not engulf the lower part of the tree—the flames were confined to the upper branches.

The tree is located near the corner of Ocean Beach Road and Peterson Court.   Photo from the Columbia Township Police Department.