When you hear the warning sirens at 2 pm today (Thursday, April 16), you can know it’s part of a test being conducted the Jackson County Sheriff’s Department.  The Emergency Management Division is “asking community members to prepare by participating in a statewide tornado drill at 2 pm,” according to the department’s news release (see release below).  The drill extends beyond Jackson County.  it includes Michigan and has been scheduled to occur simultaneously with similar tests in Wisconsin and Minnesota.

The Sheriff’s Department notes that the test will be called off if severe weather pops up (watches or warnings). 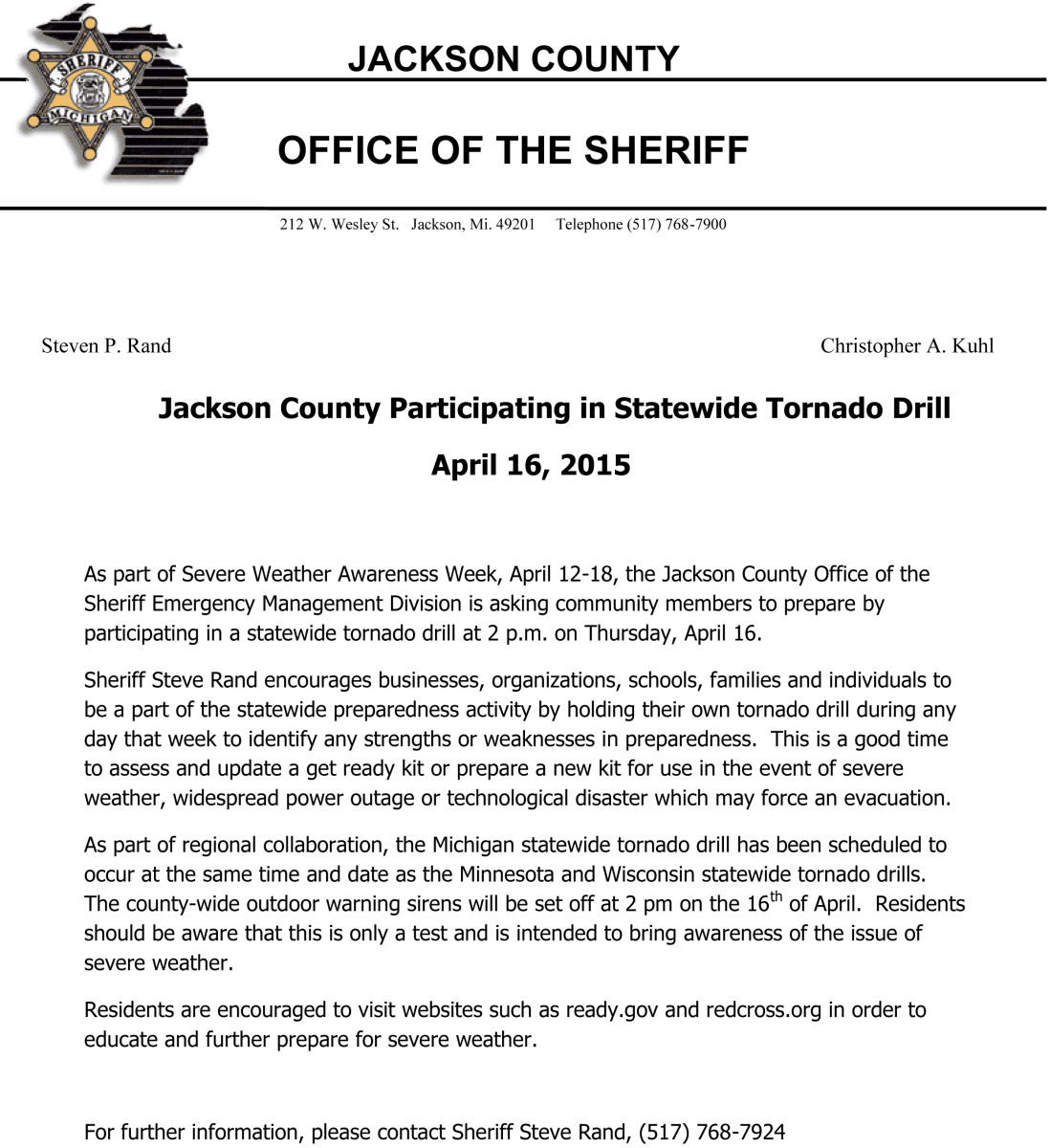