Thieves on the Water?

An east-ender thinks so.  The resident, who lives on the south side of the east end, noticed something in the water yesterday evening (Friday, 8/12/16).  It turned out to be someone with a bathing cap slowly maneuvering in the water.  When she shined her flashlight on the person and asked “what are you doing?”, the person in the water responded only with an obscene gesture. 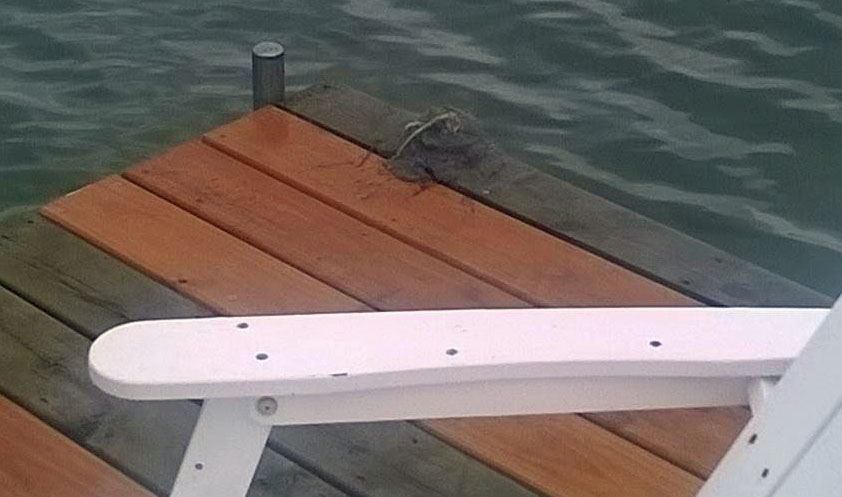 One of the deck chairs. Mud covered the led dock lights.

The resident, Diane Deming, asked her husband, John, to go out on their dock to investigate. Here’s what he saw–an object in the water that turned out to be the person pushing a white wooden folding chair under his dock.  He asked “what are you doing.”  The person did not reply and swan to the east toward another a neighbor’s dock.  In the darkness, John then lost track of the person’s location.

The next morning John returned the folding chair to the neighbor.  At that point it was apparent all of the chairs on that neighbor’s dock had been thrown in the lake.  What’s more, several led dock lights had been covered with mud.  John comments “What is suspicious to me is a stranger to the neighborhood swimming at 10:30 at night who wouldn’t respond to my question.  Add to that two more pieces of evidence–the attempt to obscure the dock lighting and a fitting on a boat that was disturbed.  The fitting looks like a gas filler cap but actually protects the socket for a running light.  This had been left opened. The neighbor never leaves it open because moisture could get in.  All of this leads me to suspect mischief was afoot. Was the target gas or something bigger?”

Columbia Township Police Chief “Unfortunately, when it comes to gas and other small things at the lakes, most people don’t usually report them.” 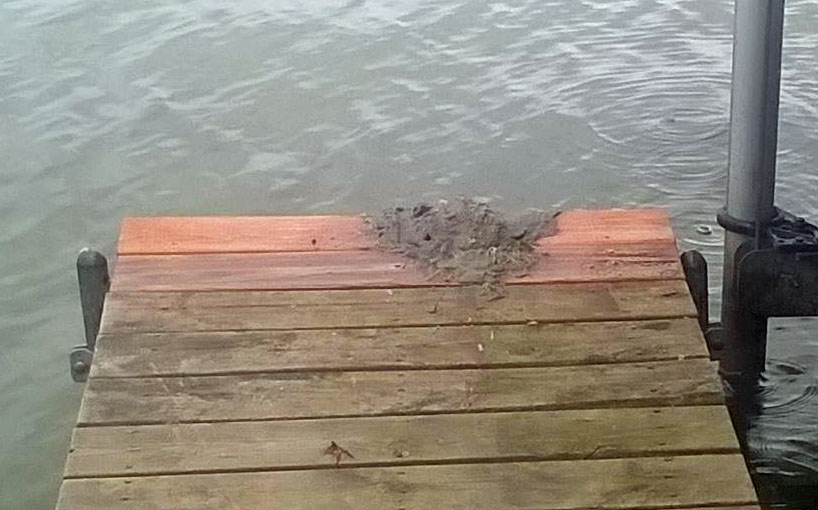 All four of the dock lights had been covered with mud.