The Stink Bug has returned to Clark Lake, or maybe it never went away.  This unpleasant creature has a revolting way about it.  Particularly if you’re outside working and unbeknownst to you, one drops down your back under your shirt.  Your hand instinctively slaps the location, thus squishing it.  Next picture?  An unscheduled shower.

The unpleasant odor and nasty liquid it dispenses are defense mechanisms. Birds and other predictors might eat it.  Like a skunk, it is armor plated by odor.  Fortunately for mankind, some birds are beginning to enjoy this snack.  And it’s the one time that a spider or wasp could be your friend. We can only hope…

Wikipedia reports that stink bugs first arrived from Asia, possibly China or Japan, in 1998.  They were first detected in Allentown, Pennsylvania, and have been spreading ever since. They feast on apples and other fruits, vegetables and crops.  And here’s nice thought “the stink bug injects saliva into the plant, creating a dimpling of the fruit’s surface and rotting of the material underneath.”  Truly they are threat to agriculture.  Not many pesticides are effective, although a web search indicates they don’t like vinegar or certain soapy solutions.  The Department of Agriculture is onto them, which has developed an artificial pheromone which can be used to bait traps.

Stink bugs can be found in every climate.  Michigan isn’t exempt because of our winter.  They will try to make your house their hangout during the coldest months, or even try to move in to your living space if you let them.

By the way, on the authority of the world wide web, it’s a myth that stomping on them will encourage more of them to appear.  So, go ahead, but hold your nose. 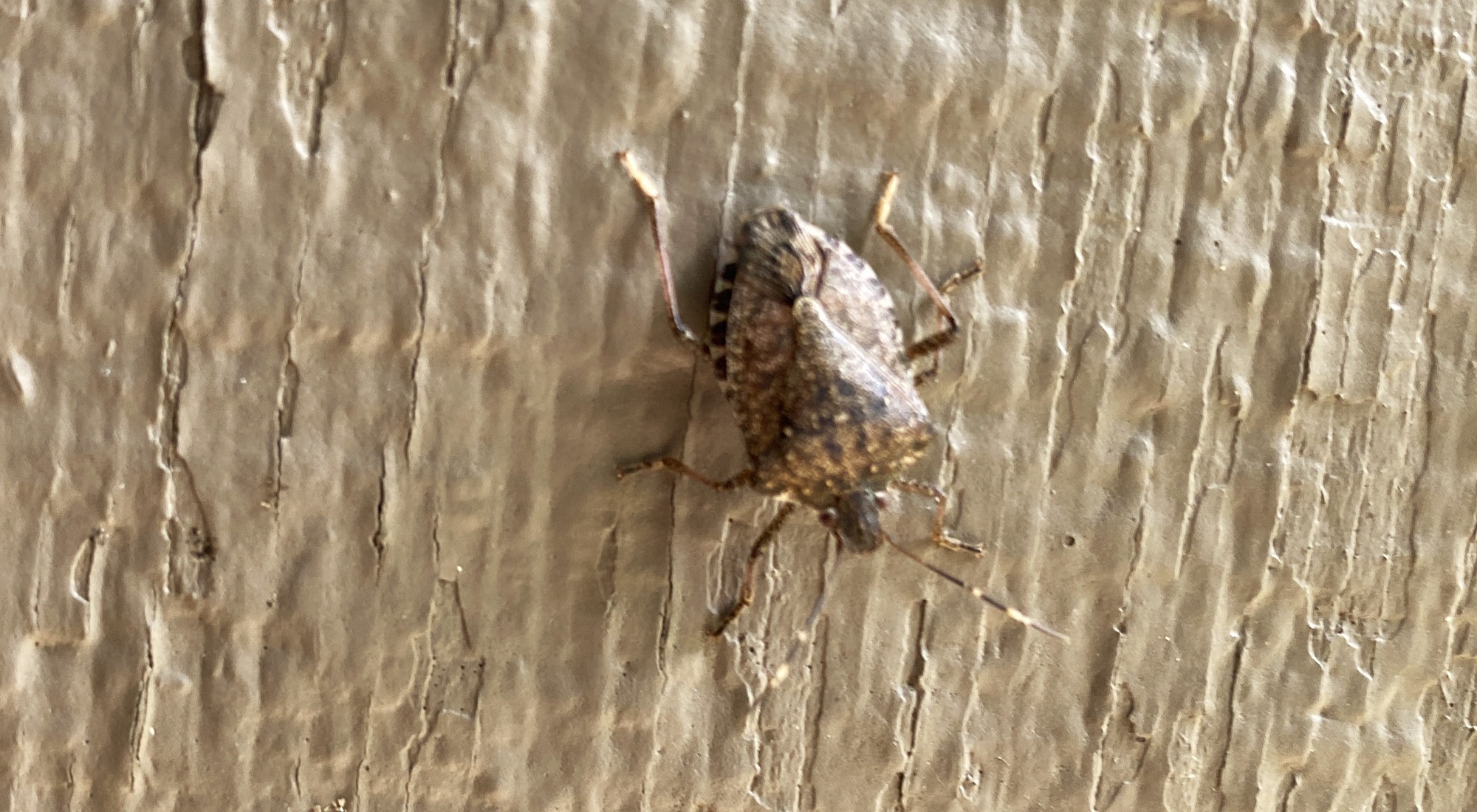