The Other Big Game

The “other big game” happens at Clark Lake Saturday, February 6th.  Clark Lake’s west end takes on east end in the third annual hockey matchup, starting at 5:30 pm. Last year’s game was hosted by the west end, and was played along the Eagle Point shore.  This year, the home advantage goes to the east.  The team names?  The west end: the Narrows.  The east end: Almeda Court.

Last year, Almeda was victorious.  As you will see in the video, a Narrows player commented that the win was due to Almeda practicing, and the Narrows “didn’t subscribe to that sort of thing.”  Be sure to check out the action from last year:

According to Almeda Court’s Denny O’Dowd, the hockey game evolved from an event called the Winter Classic.  It’s a group of about 30 from all over who gathered every winter on a particular weekend at Clark Lake.  They didn’t always stay at a cottage that was winterized, leading to challenges like lack of heat and plumbing.  But fun overcame all, and the annual tradition keeps going.  Part of the fun was a hockey game.  Two years ago, the game expanded by involving the west end of the lake.

Players are by invitation only–the rosters are fully set.

After east and west ends conferred yesterday, the new name of this tournament has emerged:  Clark Lake Cup.

The photo below was taken by Eagle Cam I in March of 2020. It shows how the west end ice rink broke away and floated toward the Point as the spring melt progressed. 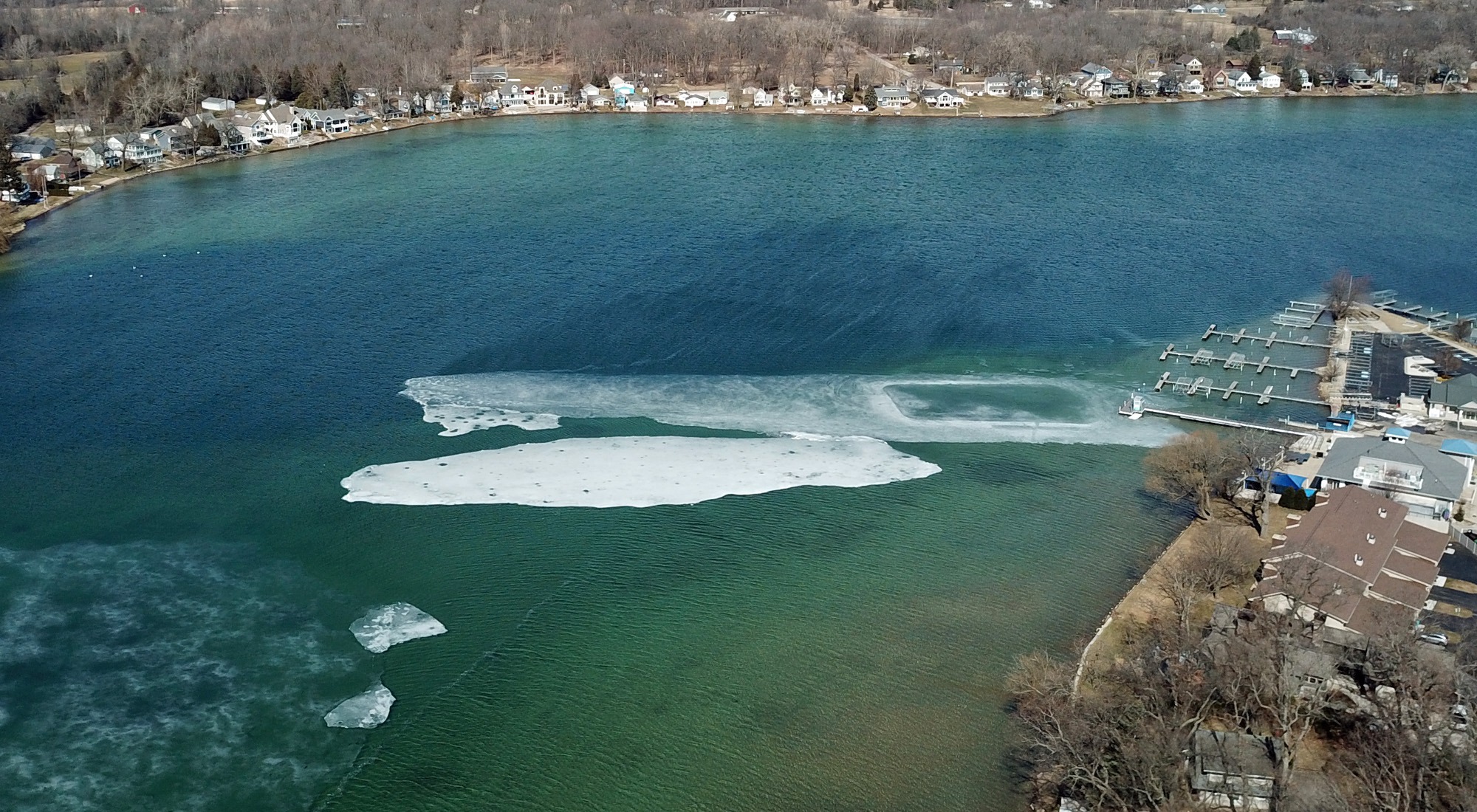 The Almeda Court team has improvised the Clark Lake version of a Zamboni.  The innovation will prepare the rink, located near Almeda Court.  If you watched the Motocross on Ice video, you can see the rink on the upper part of the screen.  With the puck drop scheduled for 5:30 pm Saturday, part of the game will be played in daylight.  As evening progresses, the lights go on.

Some photos of last year’s face-off.