It’s a badge of honor to say you swam across Clark Lake.  But what about swimming the entire length of the lake?  This morning (Saturday 7/23/16) three men did it–Ted Wray, Greg Childs, and Joe Hunter. They were flanked by a flotilla of kayaks led by Bill Locke.  Among the kayaks pilots were Bill’s daughter, Hannah, Tim Bany, Mark Larson and Gary Schultz.

The event start just after 6 am from the Columbia Township Park at the head-of-the-lake and finished at the east end boat launch near the Beach Bar.

The lake is 2.19 miles long, measured end to end using a straight line that does not touch any land along the way.  None of the three swam a precise straight line, so the water they covered was more than the 2.19 miles.

Ted Wray was first to arrive at the east end.  He’s being greeted by Bill Locke.  Bill Locke is a member of the Clark Lake Yacht Club and the three swimmers are from the Beach and Boat Club. 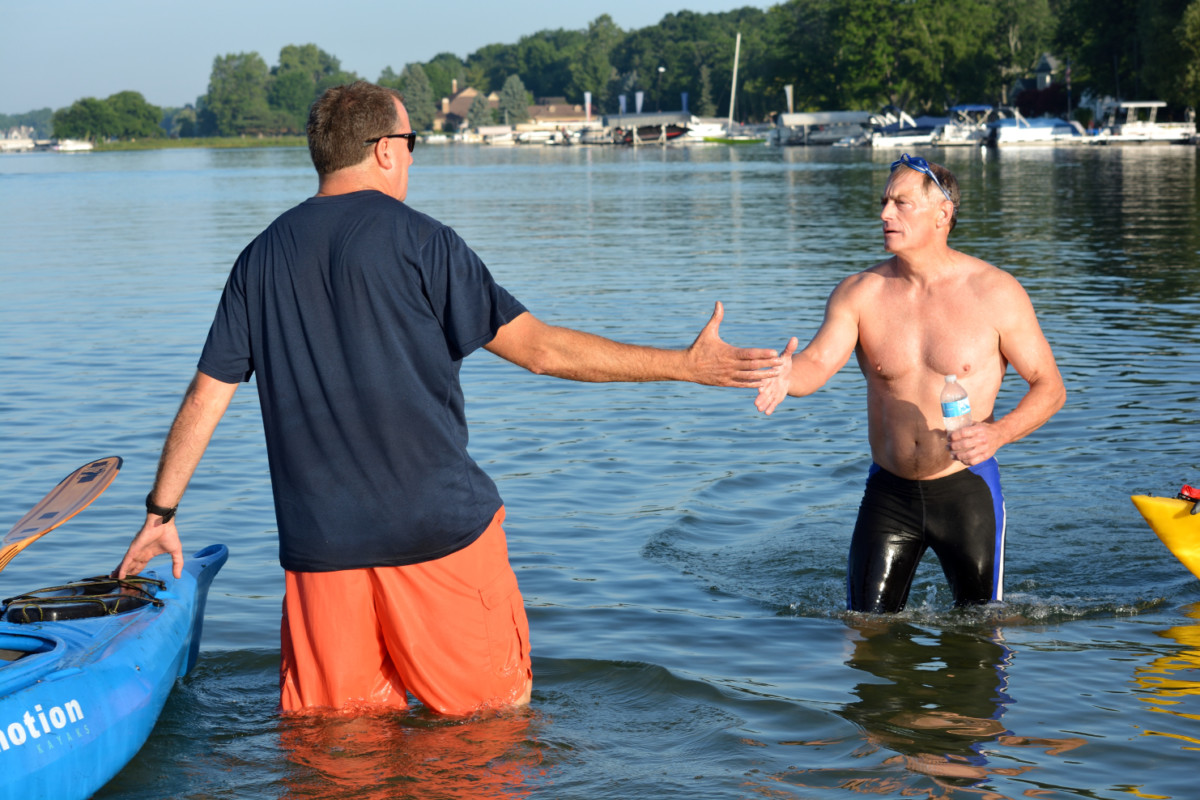 Clark Lake has many faces.  They change according to season, weather, lake activity and time of day.  This morning is a good example of the latter.  At 6:20 am, the moon was still bright as the sun began to rise over the horizon.  As the swimmers and kayaks embarked on their journey, the lake was also perfect for some barefootin’. Below the moon, the sun and some excellent skiing.