Birthdays are a time for friends and family to gather to celebrate. But when milestone years occur, something more could be in store.  That’s what happened today to John Rose on the occasion of his 90th birthday.  A group that filled the events room at the Beach Bar was ready to sing.  And Happy Birthday is what John heard as he stepped into the room this evening (Wednesday 10/5/16).

Not only was John surprised by the group waiting, but his son, John, Jr., who flew in from Florida, was among those who welcomed him into the room.

It’s said that lies abound in political campaigns, wars, and in the planning of surprise parties.  Marjorie Wilhite, his daughter who flew in from Philadelphia explains. “We tricked Dad. At about 5 pm he was getting restless and wanted to go the Beach Bar for dinner right then, but the surprise party was scheduled for 6 pm.  The full group would not be gathered until then. So I faked text messages.  I told Dad I had to text my son who is in Columbia and my daughter who is in Texas, and we had to wait as these ‘right now’ messages were important.  It worked!” So Marjorie, Dorothy, and John all arrived at the appointed moment. 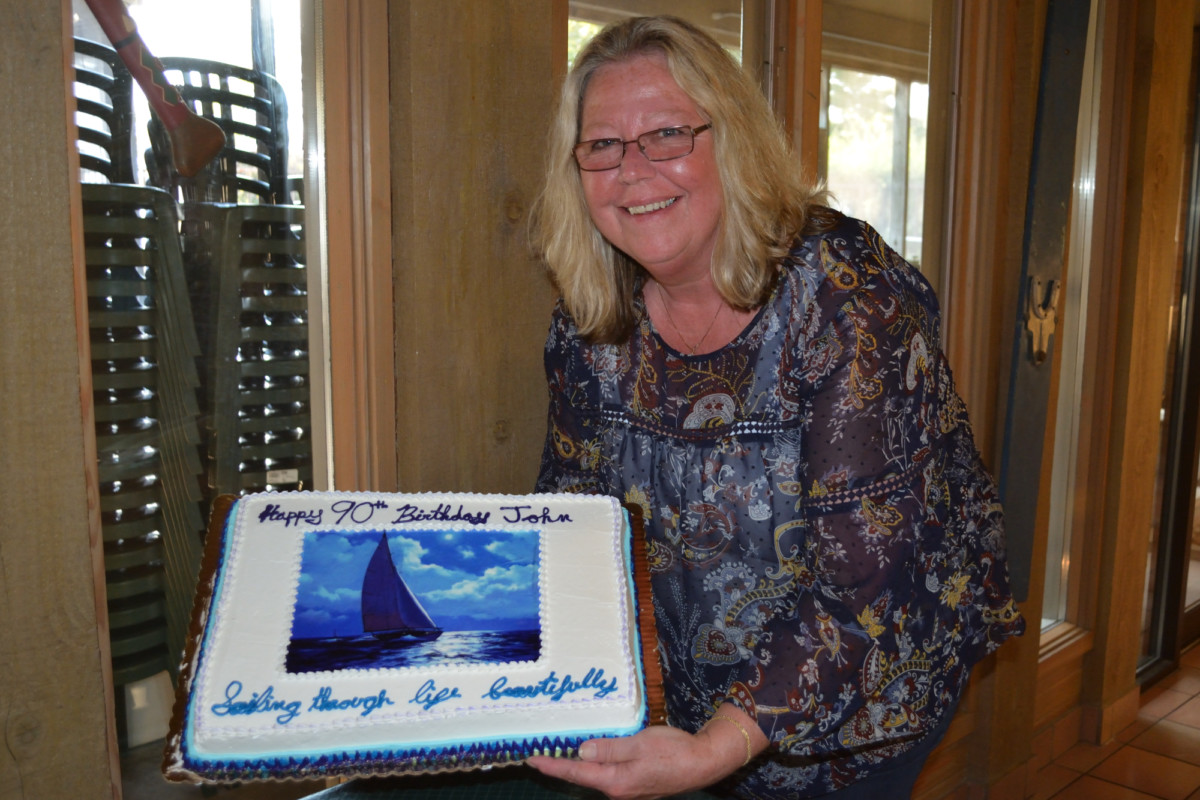 The party was organized by Mary Johns, who is a neighbor of the Roses at Clark Lake.  “We had a surprise party for John when he turned 70, and his turning 90 was good reason to do it again.” Mary is holding John’s birthday cake. 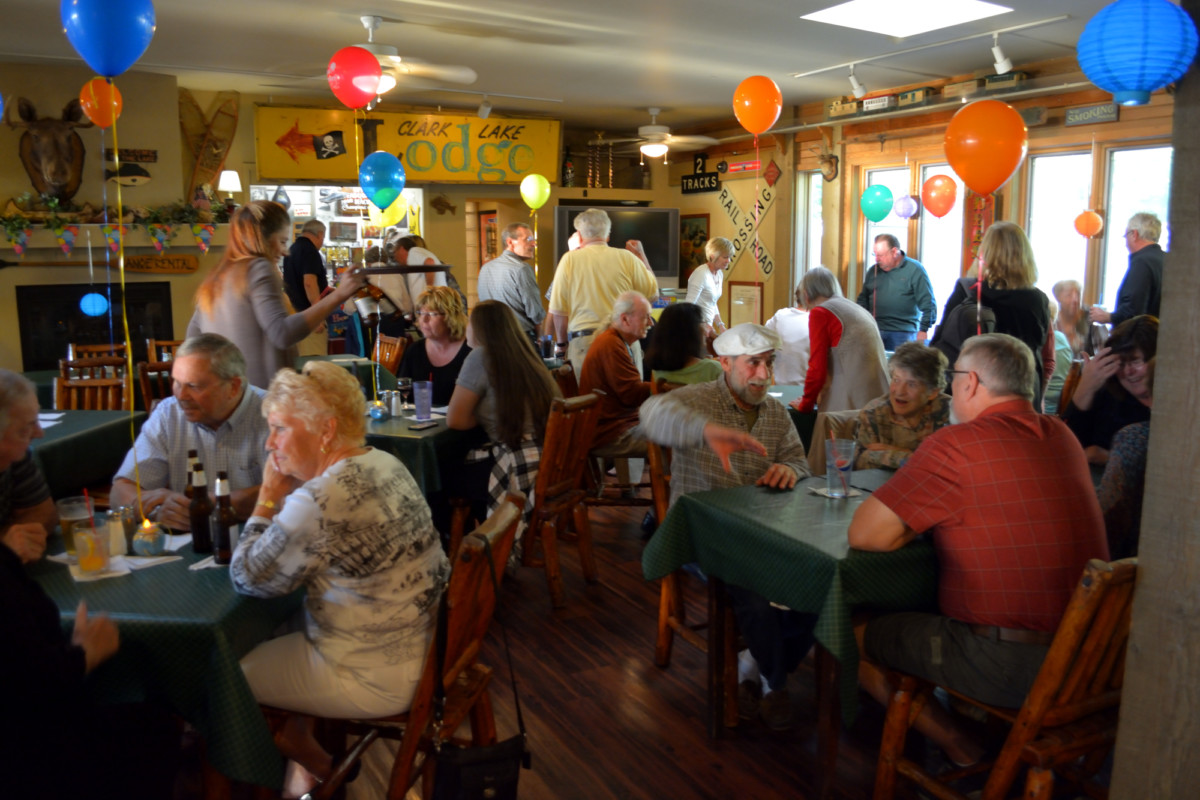 So how did the Roses come to make Clark Lake their home?  John Rose came to Jackson to own and operate Arctic Refrigeration, known for servicing HVAC and commercial refrigeration units. John struck up a friendship with George Carr, a member of the Clark Lake Yacht Club.  George invited John to crew on his Rebel for the Sunday races, and that’s how a love for the lake developed. In the early 1970s, the Roses bought a cottage. About 10 years later they winterized it, added onto it, sold their house in Jackson, and Clark Lake then became their home.

And sailing?  John and Dorothy continue to be members of the Yacht Club and have participated in races and regattas through the years. And as of tonight, their Rebel was still docked in front of their house, ready for the last sail of the season.  The destination is the Yacht Club boat launch where it will be taken out of the water and stored for the winter.