A secretive group of co-conspirators plotted to surprise Elaine Stewart in honor of her 60th birthday.  Conversations were sotto voce as her husband, John, put together the plans for the Saturday night event at the Beach Bar.  Friends arrived from near and far.  Elaine and John’s sons—Connor from Seattle and William from Cleveland—arrived home.  They were joined by their sister Katherine.  Many others included a large contingent from Clark Lake, and especially from the Eagle Point Cove where Stewart’s call home.

Was it a surprise?  You be the judge from Elaine’s expression as she entered the room. 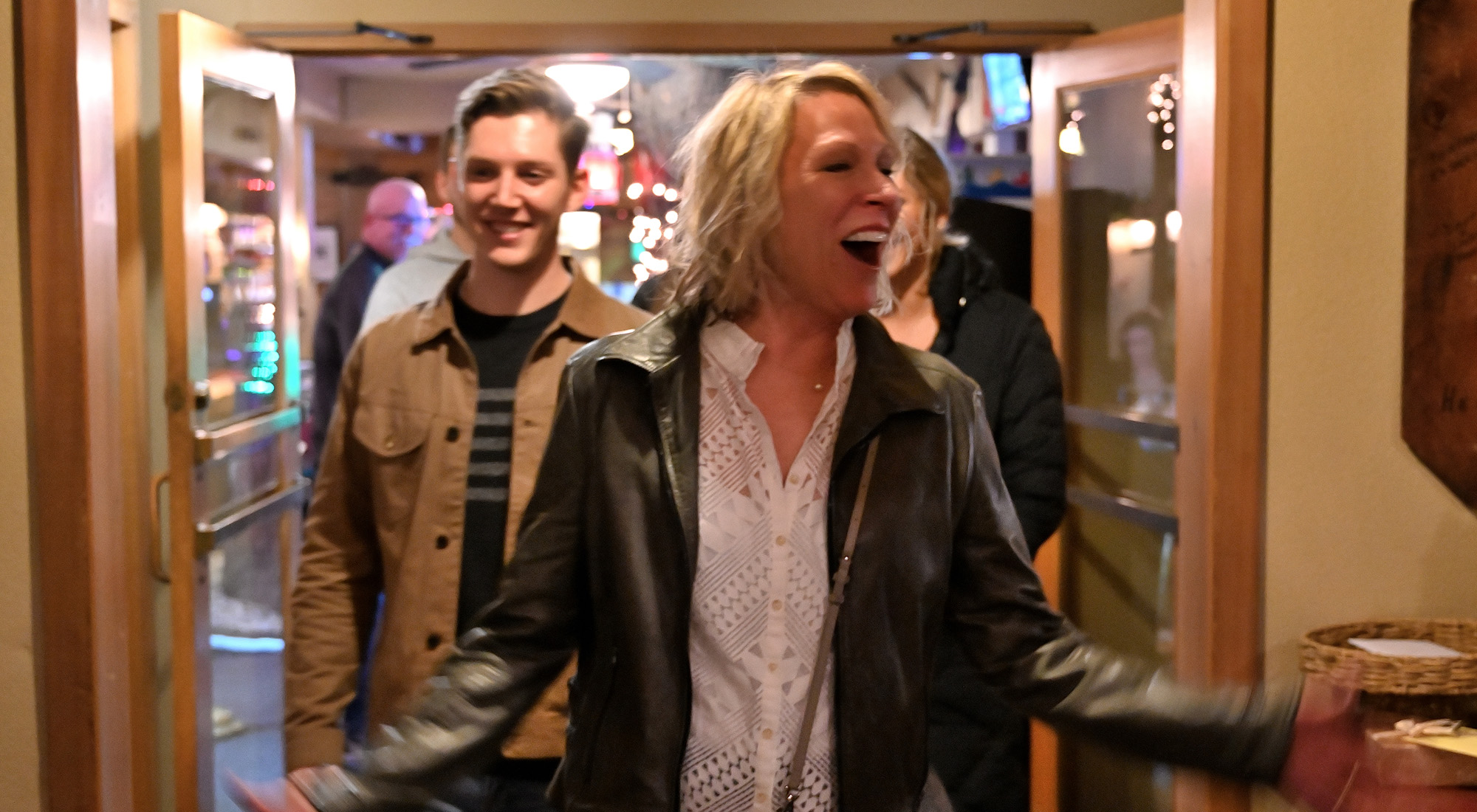 Below is the official family photo of the occasion.

More family and friends in this slide show.