Sunday and the Sea Plane 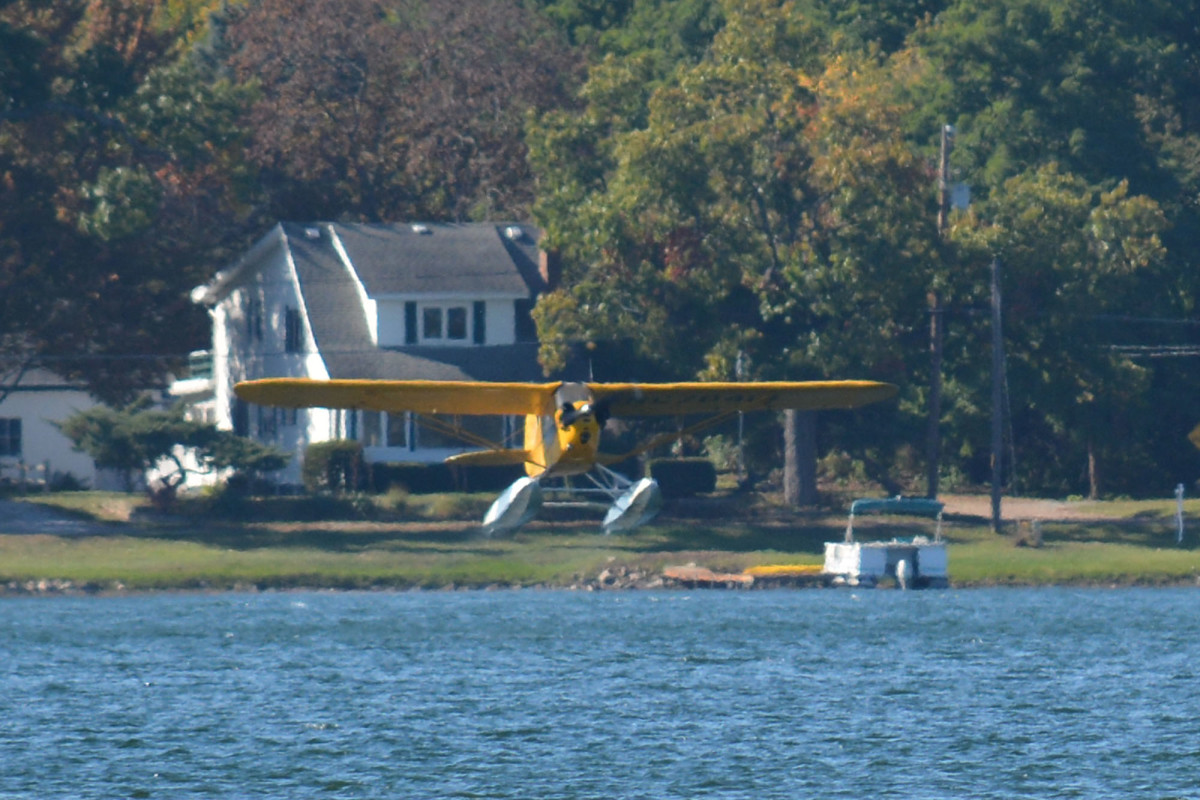 Sunday sparkled.  It was sunny, warm enough to be pleasant, and a breezy enough to make it interesting.  And it must have also seemed so to a pilot who landed and took off on our waters several times.

At one time, Clark Lake hosted two or more sea planes on a more less permanent basis. One of those was a seabee that was moored in the Pierce Bay area.  The propeller was mounted on the back of the wing, facing the tail.  It would pull up in front of a dock as far east as possible, rev its engine, spray anyone behind it, and take most of the length of the lake to gain liftoff.  More recent planes, including the one visiting this weekend, require much less space for landing and take off.  And if you thought that a plane must always take off going into the wind, the plane this weekend broke that myth.  In the photos, it took off to the east, with the wind at its back. 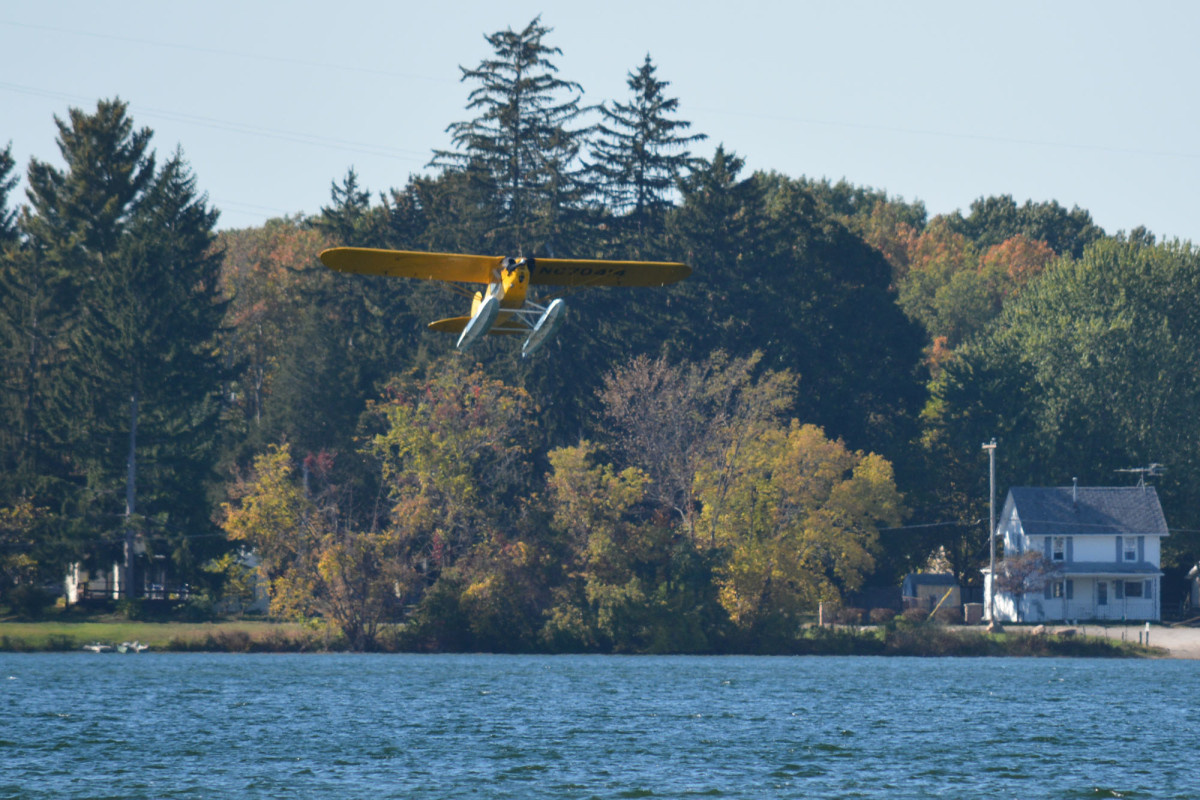 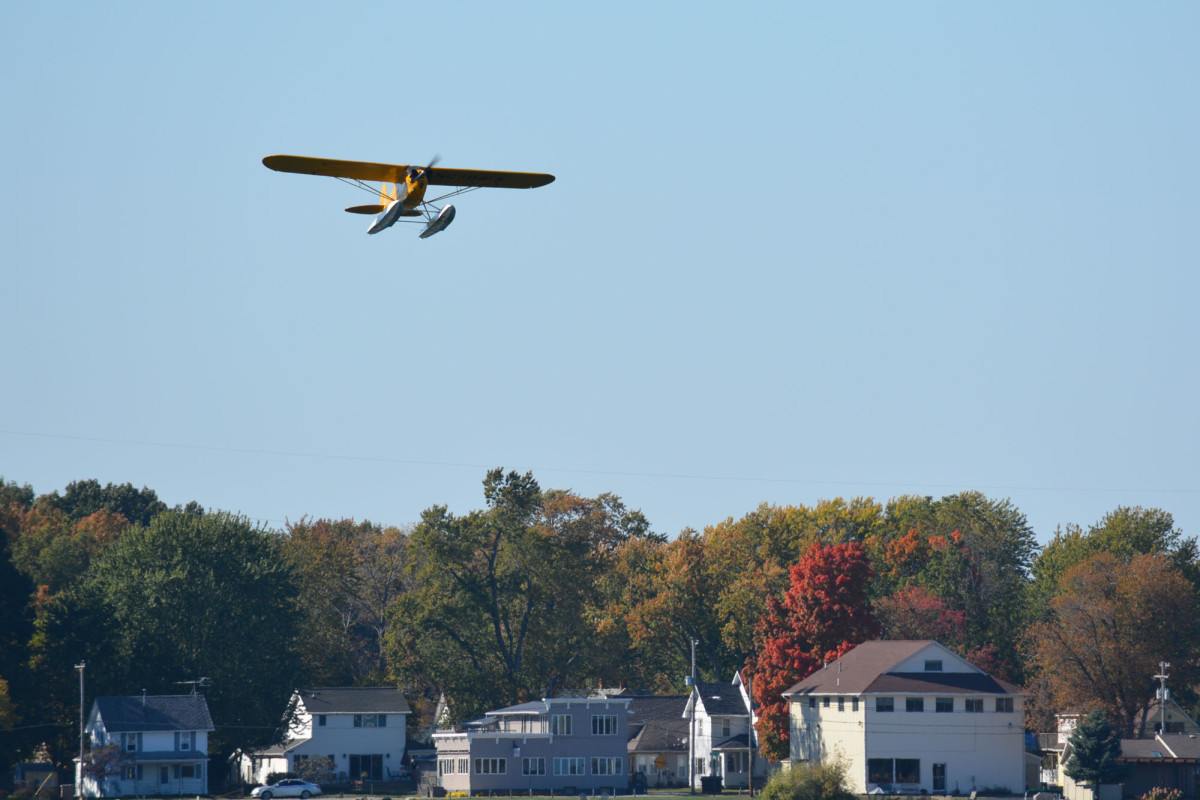 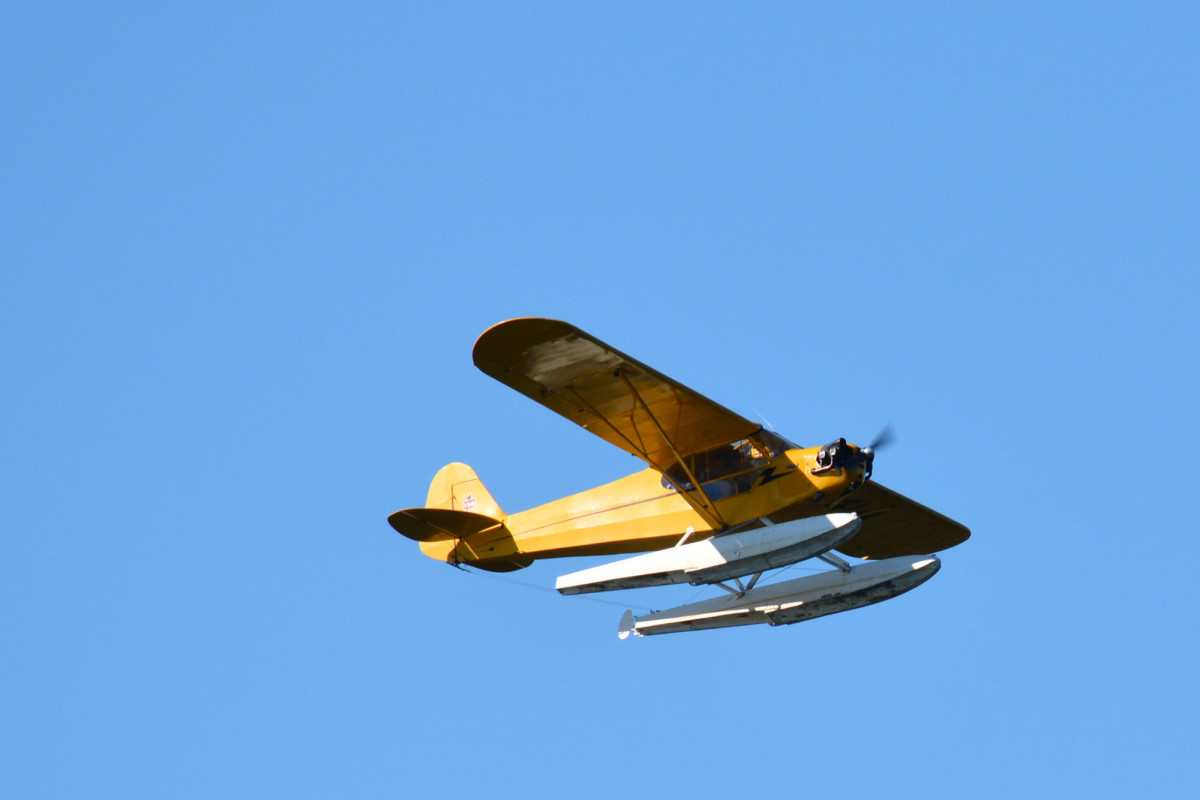