This fall’s remarkable warm weather changed in a flash, an almost instant change of season.  The weekend storm left thousands without power in Jackson County.  Many at Clark Lake had no Comcast service for an extended period.

Trees contributed to the storm scene as you can see in Bill Leutz’s photo taken about 1 pm Saturday at the County Park. 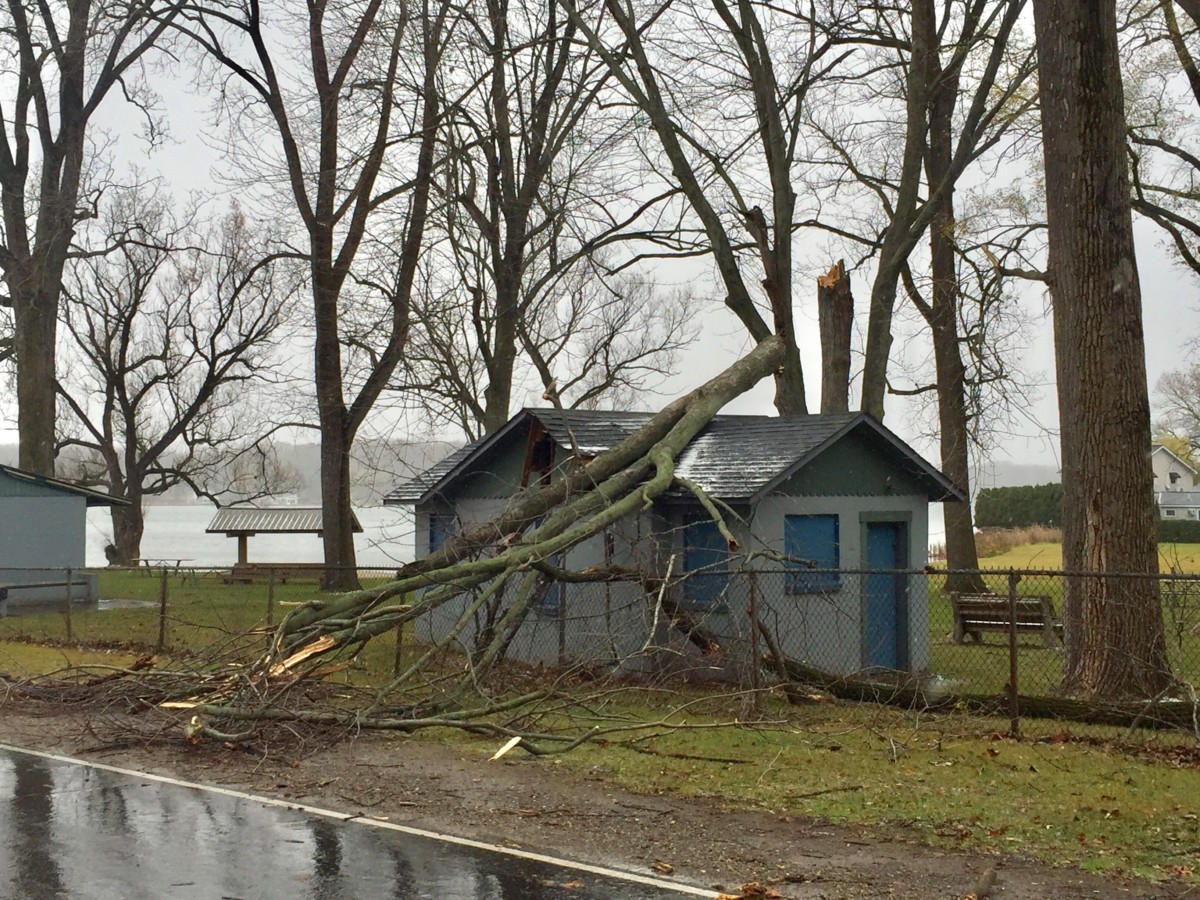 The wind was severe. Like others, Frank Hones, on Lakeview West, stacks his dock pieces at the front of his house. The storm’s blast knocked “two sections off the stack…only the second time in 15 years.” 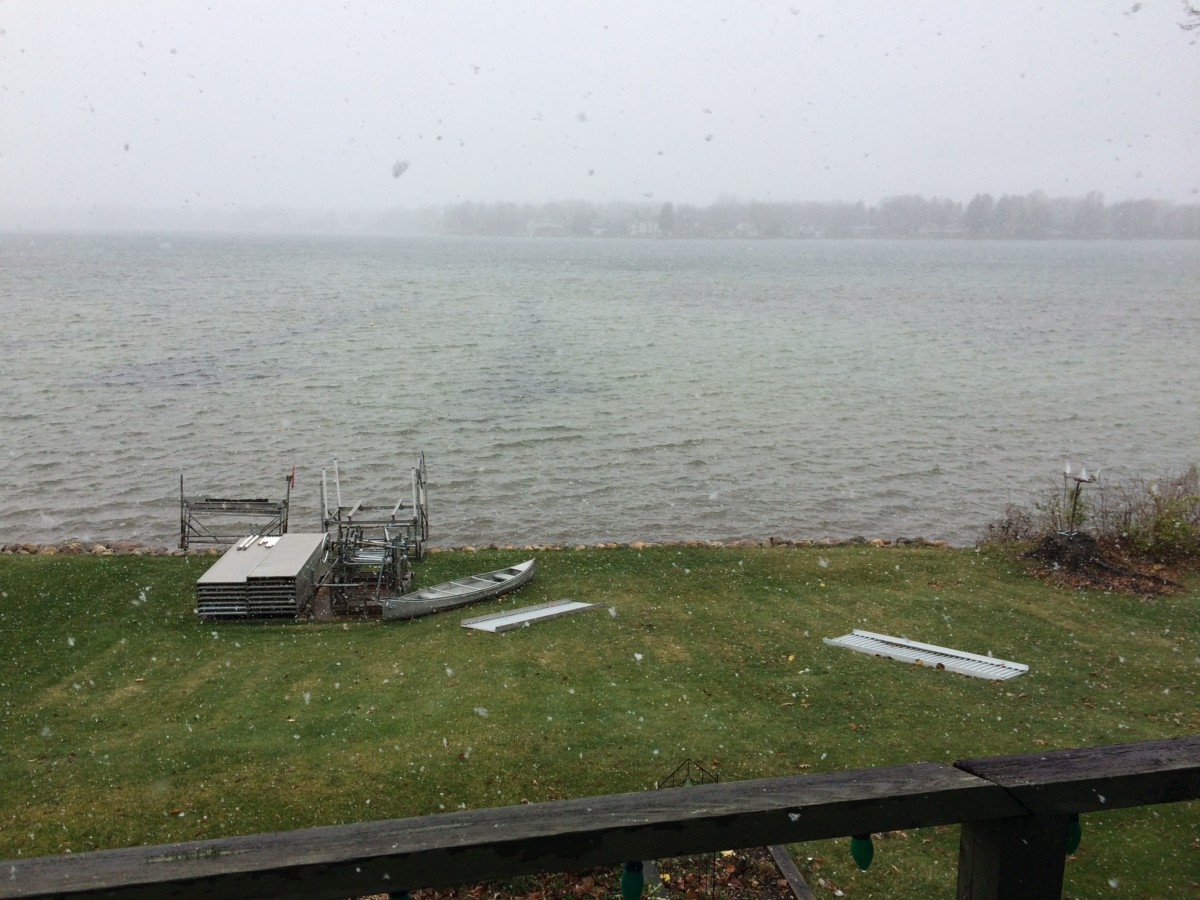 Consumers Energy outage map showed power out along the north shore at the west end, and at the east end of the lake.  That took that DamCam out of service for a time.  Now it’s back up and illustrates the chilly turn the weather as taken. 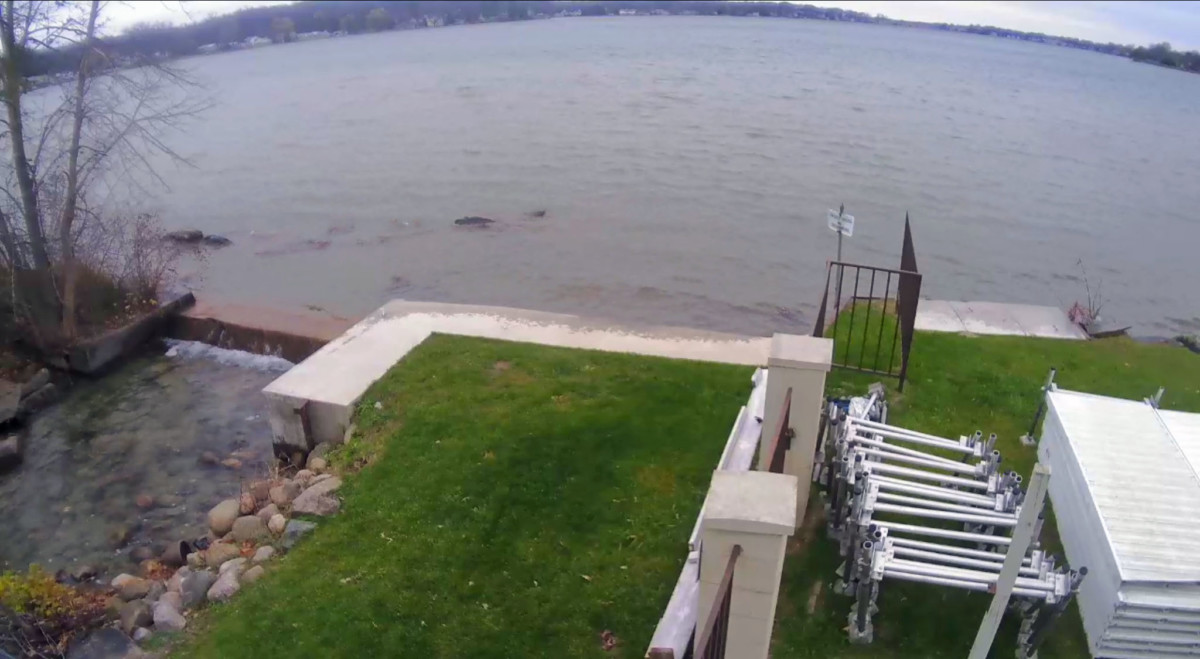 As noted on this website yesterday, Consumers Energy tracks power outages.  Here’s the link to keep in your cell phone for future reference.

Also on the CE website is a warning regarding downed power lines.  Here it is.