Spring on the Spirit Trail

It’s spring at Clark Lake.  Docks go in; boats and rafts will soon follow.  What also happens is the annual clean up of the Clark Lake Spirit Trail.  The purpose is to rid the Trail of what winter left behind, and prepare the Trail for use by runners, walkers and cyclists.  Usually, there is a day devoted to the clean up.  Right now, the committee is asking people to join in whenever and in whatever way they can.  For example, Bob Lajdziak has volunteered to spruce up the Trail from Hayes Road to the Magic Forest.  Tucker Boyers plans to venture into the Magic Forest and clear that path.  Chris White will take on North Shore from 5500 to 8100 and F Lane.  Mike Pulgini will work from the end of Woodland up the driveway and over to the curve on Sandy Beach.  Steve Harris cleaned up the Trail between Q Lane and Hayes Drive (Bentley’s barn).  If the past is any indication, they will be joined by others.  It’s a remarkable quality of the Clark Lake community that people come together for the Trail’s upkeep and improvement.

The Clark Lake Spirit was clearly evident when the idea of constructing the Trail was proffered by Tom Collins.  “If common cause is needed as a focal point around which to rally, let us build a PATH.” He went on to specify, “…let the creation of a safe, off-road, hard surfaced, multi-purpose trail for walking, running, biking, skating, etc., be the vision of the future.”  Tom wrote those words in 1996.  Solely through the efforts of the Clark Lake community did the future of the Trail become its present today.  No government agency stepped in with taxpayer dollars.  People who love the lake donated the needed funds, rolled up their sleeves, and came together to make it a reality.

The Trail unites the community by allowing passage from one neighborhood to the next, and through the common effort needed for its upkeep and improvement.  Will you help? 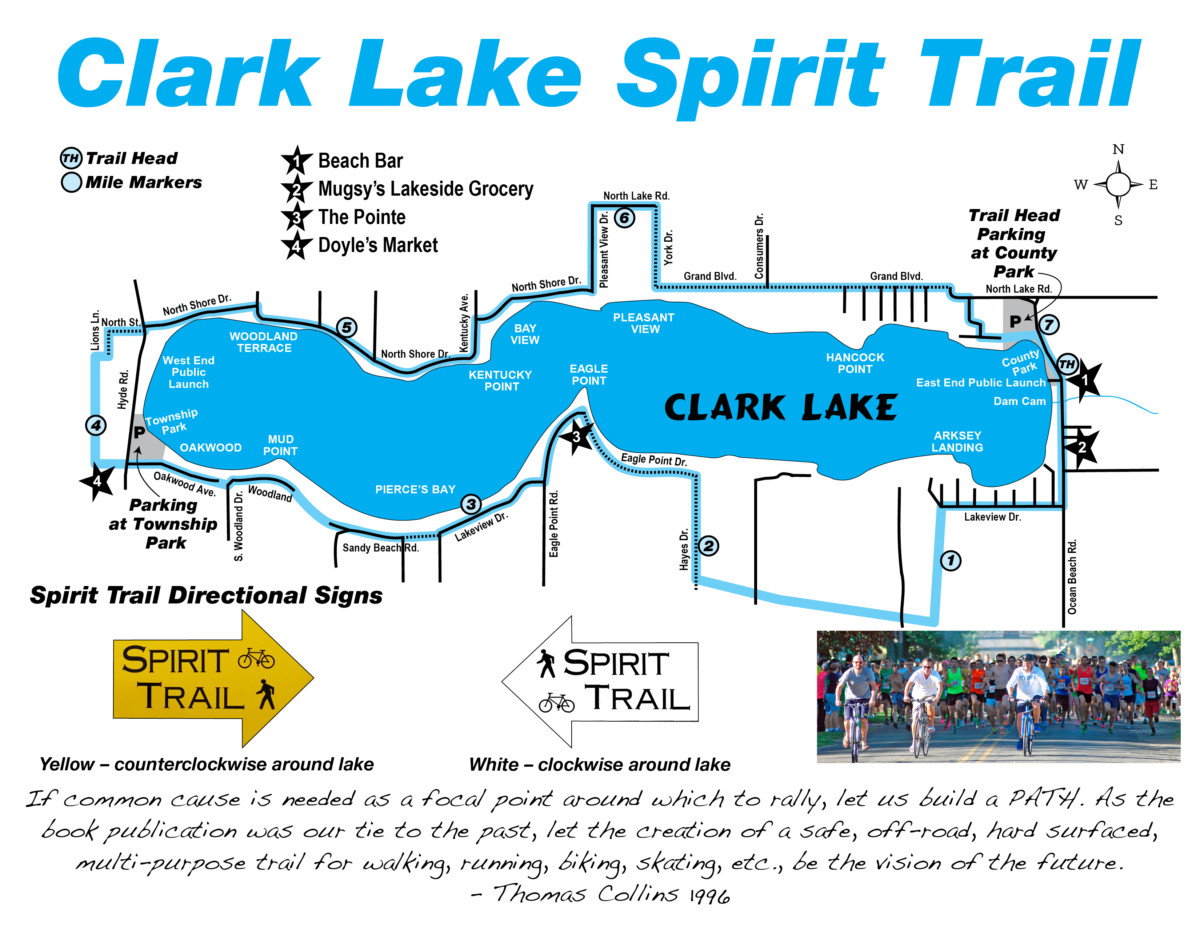 Would you like to learn more about the Clark Lake Spirit?  In this video, Clark Lakers tell you their story.