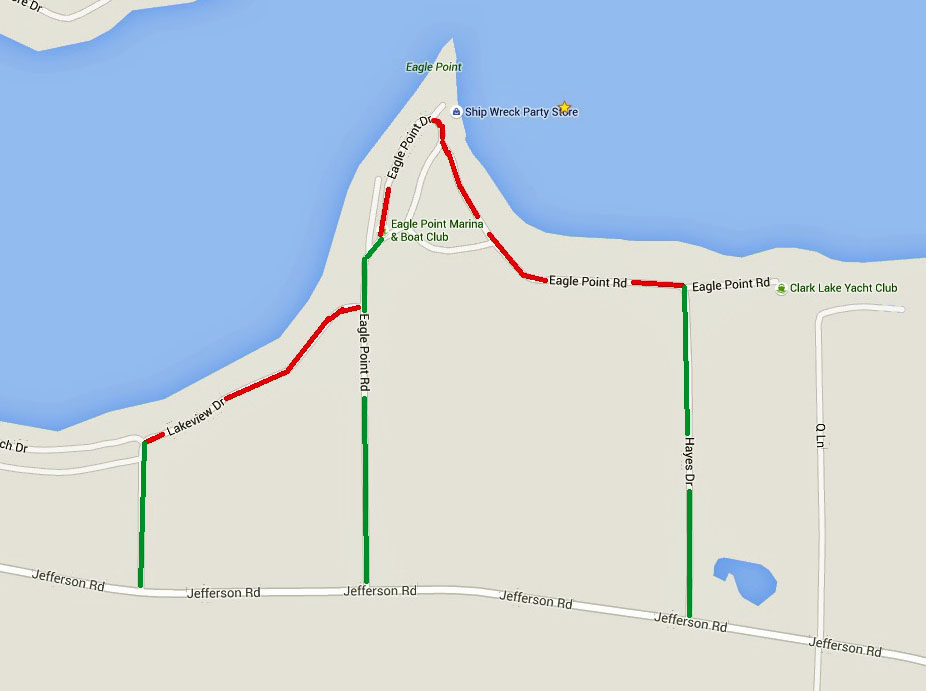 Chief Elwell comments “this is a necessary thing to make sure it’s clear what the speed limit is.” He also believes “this is in the interest of the safety of motorists who use the roads and residents in the area.”  Will the new speed limits be enforced once posted?  Chief Elwell says “yes.”

Earlier this summer, a Columbia Township Police officer ticketed a number of people on Eagle Point Road, near Jefferson, for exceeding the speed limit. The officer believed the speed limit to be 25 mph from where Eagle Points meets Jefferson. So it’s not a surprise that he caught his share of speeders. John Stewart, who lives on Eagle Point Drive, got one of those tickets. But he pointed out in court “there is no speed limit posted.” That leads to the natural question of how speed limits can be effectively and judiciously enforced if they are not posted. Jackson County Magistrate Frederick Bishop apparently agreed that there was a lack of clarity, and voided John Stewart’s ticket. According to Chief Elwell, the magistrate “threw out the tickets.”

Speed limit decisions are made by considering the number of access points on a road (like driveways) or the current speeds of 85% of the cars that use the road.  Speeds detected in a study are typically rounded up.  So if 85% of the cars are traveling 38 mph, the limit would be bumped up to 40. To read about the process in detail, please click here.