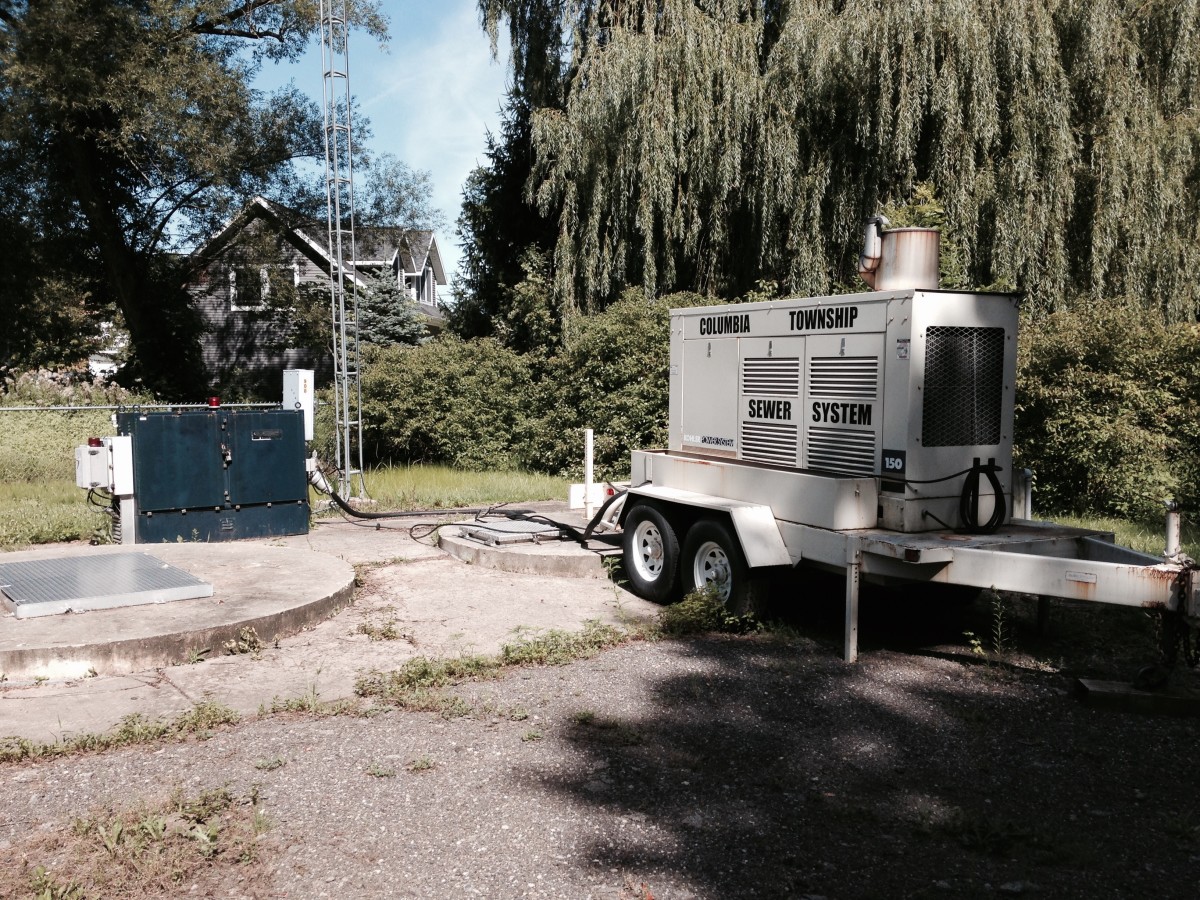 Late last night the Jackson County Board of Commissioners voted to hold Leoni Township responsible for paying a disputed bond payment.  The Township had defaulted on the $327,812.50 payment June 1st.  That meant the County had to pay instead.  Read background on the case by clicking here.

The bond in question is for a sewage line known as the Southern Regional Interceptor (SRI) that transports sewage from Hanover, Liberty, and Columbia Townships to Leoni Township for processing.  The SRI connects Farewell and Round Lakes to the equalization base at Riverside and Peterson. Only six businesses in Columbia Township, all along 127, use the service. Leoni built the line in hopes of attracting many more hookups than actually occurred, and has looked for a method of extracting more revenue.

Columbia Township officials spoke at the meeting in favor of holding Leoni Township to the intent of the contract.  Township Supervisor Bob Elrod, Treasurer John Calhoun, and Trustee Flip Reynolds all spoke passionately that the contract must be upheld and that Leoni meet its obligation under the contract.  Community interest in this vote was high as evident by the large number of people who came to last night’s meeting.  John Calhoun commented “Columbia Township thanks our residents who gave up their evening by coming to this very long meeting and showing support–it made a difference.”

Jackson County Drain Commissioner Jeff Snyder was also among the several speakers at the meeting.  He added clarity to some of the murky issues in dispute and refuted some of the arguments that would have led to a different outcome.

Had the vote gone differently, it could have meant higher property taxes or increased sewer bills for residents of Columbia Township.

From here further litigation is likely but it will be between Leoni Township and Jackson County.

Below is the motion and results of last night’s vote: