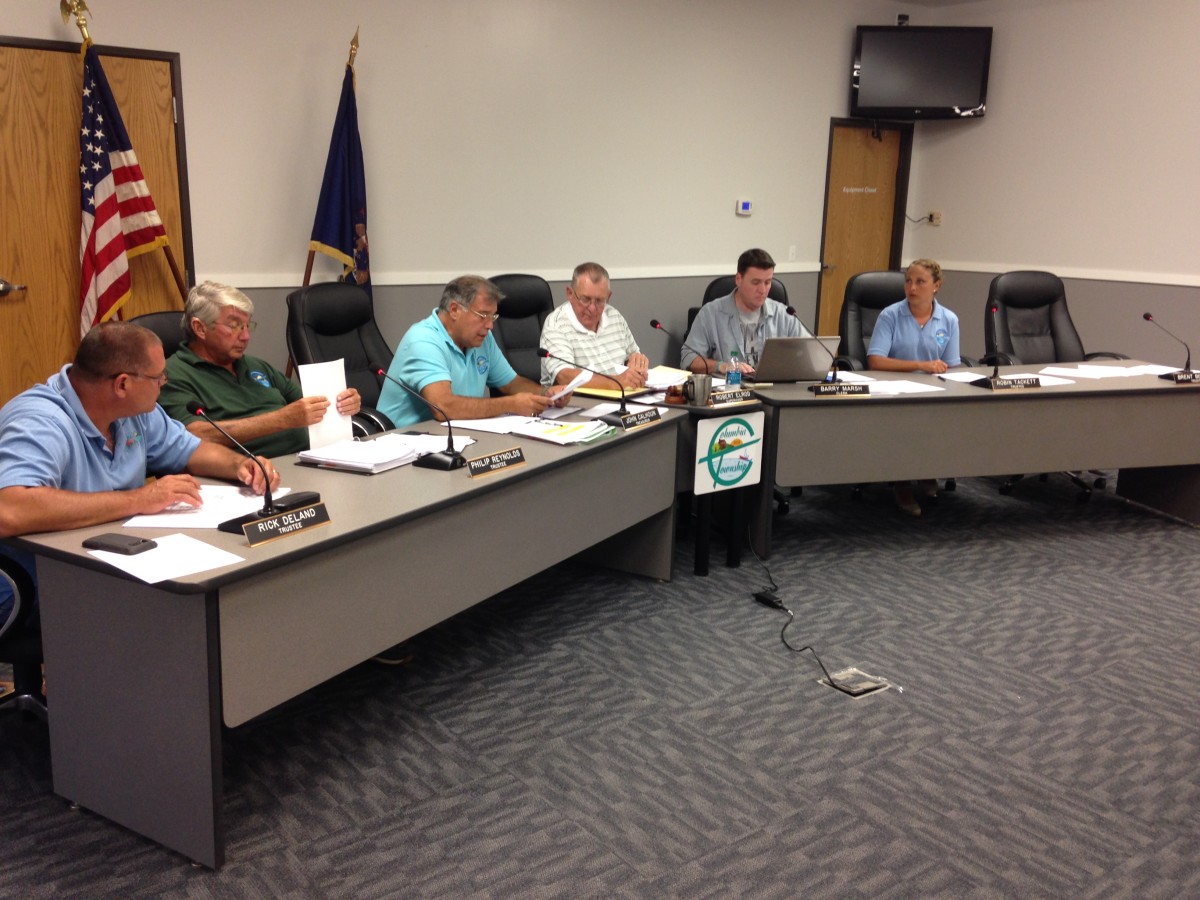 Tonight (Monday, August 17) Columbia Township trustees discussed what their stance should be in the face of an action proposed by Jackson County Commissioners.  County commissioners will vote on a resolution that would double the cost of sewers to some in Columbia, Hanover, and Liberty Townships.  These customers are hooked up to the Southern Regional Interceptor or SRI that transports waste to the treatment plant that is owned by Leoni Township.  If the resolution passes as written, rates in Columbia Township will double for these users–two private residences, In Good Company Restaurant, Loofy’s on Jefferson Road, and the businesses at the corner of Jefferson and US 127.

This sewer has been controversial for a long time. It came to a point of crisis when Leoni Township defaulted on a June1 bond payment for the SRI.  That forced the County to pick up the tab.  At the last meeting of the Commission, commissioners voted 5-4 to hold Leoni Township responsible for the June 1st bond payment default. Leoni Township believes that there is language in the contract that compels Columbia, Liberty, and Hanover Townships to pay the bond, and not Leoni Township. And once the entire bond issue is paid off, Leoni retains sole ownership of the SRI. The resolution before the commission on Tuesday calls for a different payment structure with the four townships-Columbia, Hanover, Liberty and Leoni, all paying various amounts.

If only a few face much higher sewer cost, is that something that matters?  Township Treasurer John Calhoun responds.

Some of the trustees pointed to the lack of trust this move creates.  One trustee noted that Blackman Township residents pay $45 per quarter.  Clark Lake residents generally pay $124 per quarter for the same service.

Will attending the County Commission meeting Tuesday evening (August 18) help?  Some township trustees think so and urge you to be there.  The meeting is on the 5th floor of the Jackson Tower building at 7 pm.