The First and Last Run of the Season 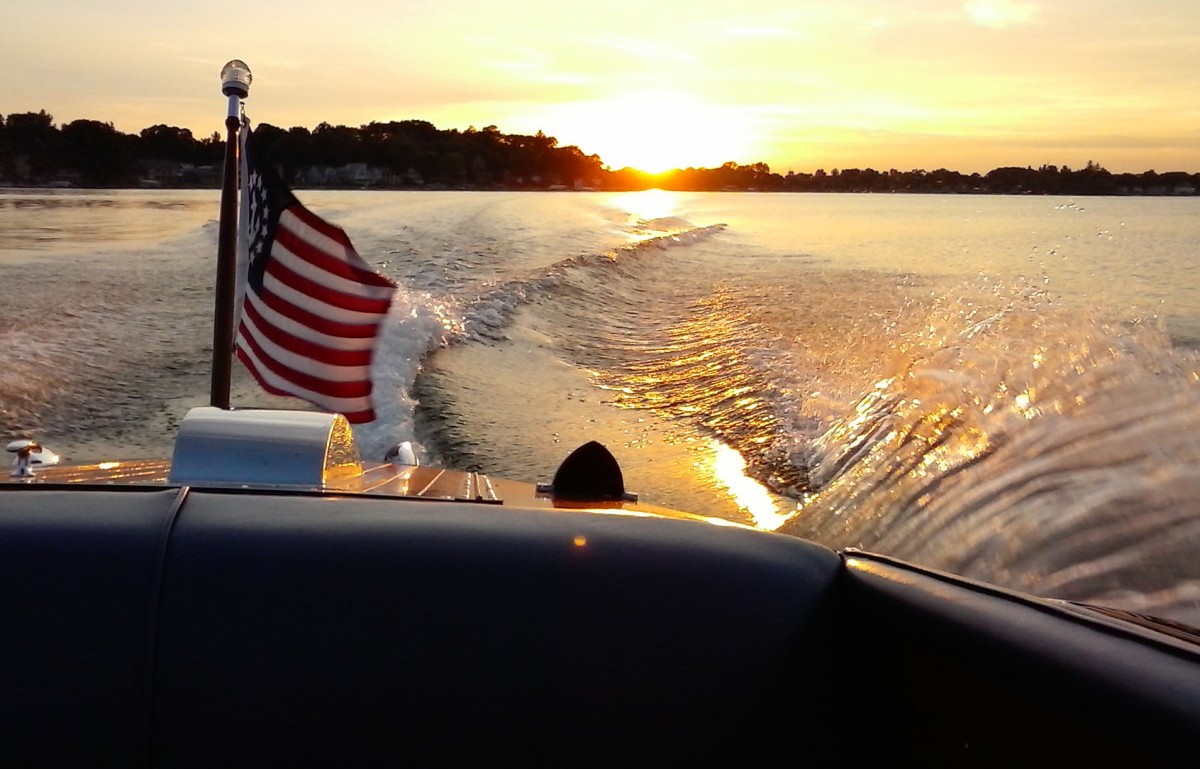 There is something special about  boats.  They store and playback wonderful memories.  So when it comes to the first spin of the season–or the last one in the fall–it’s always special.  This weekend, John Calhoun took his Chris Craft out for the final run of  the season in preparation for what we all must do in the fall–take out our boats before the lake freezes them in place.

When it comes to special, John Calhoun certainly has legitimate claim to that title for his boat, the Andalé.  The Andalé is a 1940 barrel-back, known by that name because of the shape of the transom.  In the realm of antique boats, it is highly regarded.  It’s also the only wooden inboard currently on Clark Lake.  Long time residents at the lake will remember days that were different. At one time, wooden inboards–Chris Crafts and Centuries–dotted the shorelines.  Whether an owner was out for a ride or trying out that new sport, water-skiing, he and everyone else knew these boats were a special breed. Who from the 1950s and 60s doesn’t remember the rumble when the starter button was pushed, or the un-muffled roar as it sped across the lake?  Unlike the outboards of the day that topped out at 25-horsepower, the six-cylinder equipped inboards were powerful and fast.  To any kid, a thing of awe. 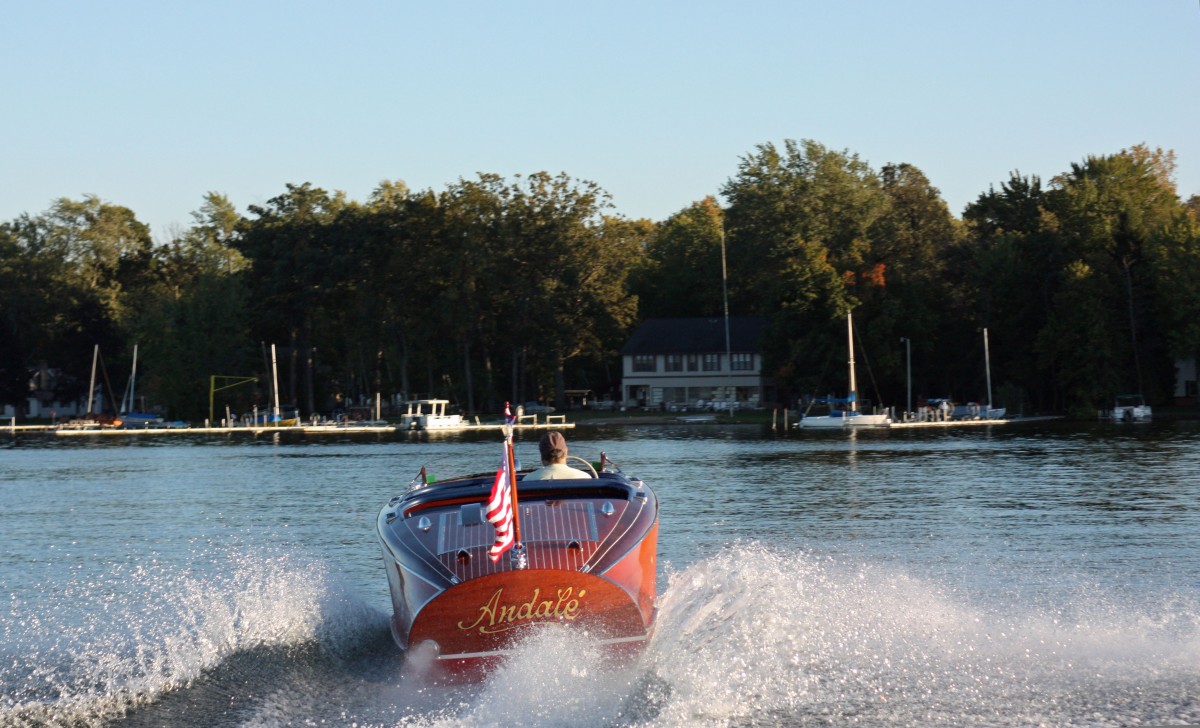 Taking a turn to the port in front of the Yacht Club. This photo was taken a couple of years ago, but it continues to tell what this boat is about.

Most wooden inboards were constructed of mahogany.  They had two bottoms–one that faced the water below; and the other, to the cockpit of the boat.  In between the two bottoms was a sheet of canvas.  All wooden boats are prone to take on a bit of water, especially before the boards on the bottom soak up and expand.  The canvas was designed to minimize leaking.  In an unrestored boat, the canvas usually has deteriorated.  If the canvas is no longer effective, the boat will sink.  When John Calhoun restored his boat, he removed the bottom boards and replaced the canvas with a modern material that provided a flexible seal.  He also painstaking removed the fixtures and had them re-chromed.  Then there was finding correct replacement parts–like the instruments that tell the driver the rpm, oil pressure, and engine temperature.  The engine was rebuilt. The upholstery replaced.  Every inch of the boat was meticulously sanded.  Following that, several coats of varnish were applied.  After many, many hours of work, the magic returned. The Andalé was again showroom fresh.

Now when on the lake, the gleam of the chrome and the shine of the varnish cause the boat to sparkle like a jewel under the Clark Lake sun.  But the sun is also the enemy to varnish.  It’s not uncommon that these boats need another coat of varnish every two to four years.  Do you think your raft or fiberglass boat needs work?  Consider the loving care one of these classics requires.

These wooden inboards are treasures.  They tell of an era of expert workmanship and a remarkable sense of style.  When a boat is restored like John’s, it is truly a thing of beauty.  And with Andalé on her waters, Clark Lake is a better place for it.