Every year at this time, the Clark Lake Yacht Club holds a regatta.  It’s an event that draws expert sailors to Clark Lake from all over, and even has an international flavor with participants from Canada.  Last year, 19 sailboats raced.  This year 29 boats participated, a big boost.  Classes represented are Rebels, Wayfarers, Buccaneers, and Sunfish.

Today (Saturday), sailors competed in two back-to-back races.  Conditions were right for competitive spirits to florish. The wind was primarily out of the southwest at 8 to 12 miles per hour.  And unlike some Septembers, the comfort factor worked in everyone’s favor—80 degrees and sun.

As boats returned to the dock after the second race, a rain shower began.  Some lightning chimed in, and that put an end to the series for the day. The next round begins about 10 am tomorrow.  There may be two races, depending on conditions.

What differentiated today’s races from some other years, conditions favored taking the race to both ends of the lake.  So, for those viewing from docks or front lawns, not only did east-enders see the action, but also those at the west end. During the entire event, the DamCam was set so you could see the boats at the east end.

Tomorrow, this website will report on the final results.  To understand how the scoring is done, please scroll down to see a short video.

Sailors on the shore are some of the nicest people you would ever meet.  When they take to the water and aim for the prize, they put on their game face.  Tense moments can occur, typically at the start, rounding the markers, and at the finish.  If you think big city traffic is a challenge, consider being just inches from several other boats, all vying for the same position.  Collisions aren’t unheard of, and you can hear expletives not found in the dictionary.  Some of these photos show boats within swearing range, and others show them out on the course.

The committee raft is in charge of the race.  On board were the statisticians, Hugh Harris and his wife, Helen, and Neil Robb, chief race official. 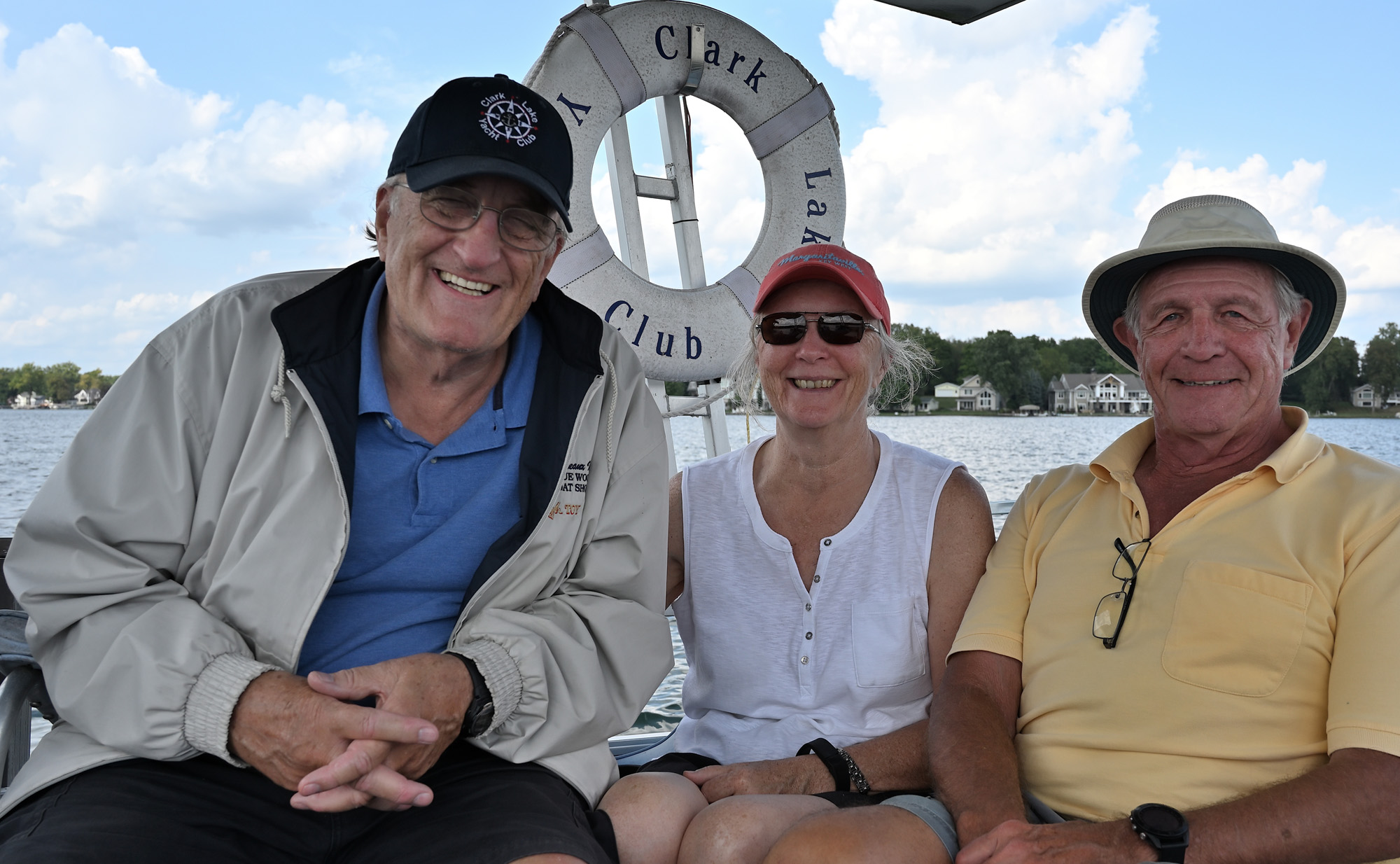 There are others who are also involved, including the support boat.  Bill Kindt and Chris Eder were on board.

How do you win a sailboat race?  Watch this short video to find out.

Sailing is more complicated that starting a motor on a raft or boat.  So what is it that attracts people to this sport?  At last year’s regatta, these competitors spoke from the heart.