Twelve experienced sailors and their crews launched their Rebels as the Yacht Club welcomed the Rebel National Championship Regatta to Clark Lake this weekend.  The first race began today at 1 pm.  Tomorrow, Saturday, races begin at 11 am and 1:30 pm.  Races on Sunday start at 10 am.  All times are based on current plans.  Weather conditions enter into the calculus and so changes can occur.

Last year’s Rebel Nationals were held in New Jersey, and Clark Lake has hosted in the past.  The trophies above, guarded by the Yacht Club’s Bruce Nowak and Hugh Harris, illustrate the proud history of this national championship and Rebels.  Bruce is race director for this year’s regatta. Hugh, and his wife, Helen are also on the judge’s raft and help conduct the race. 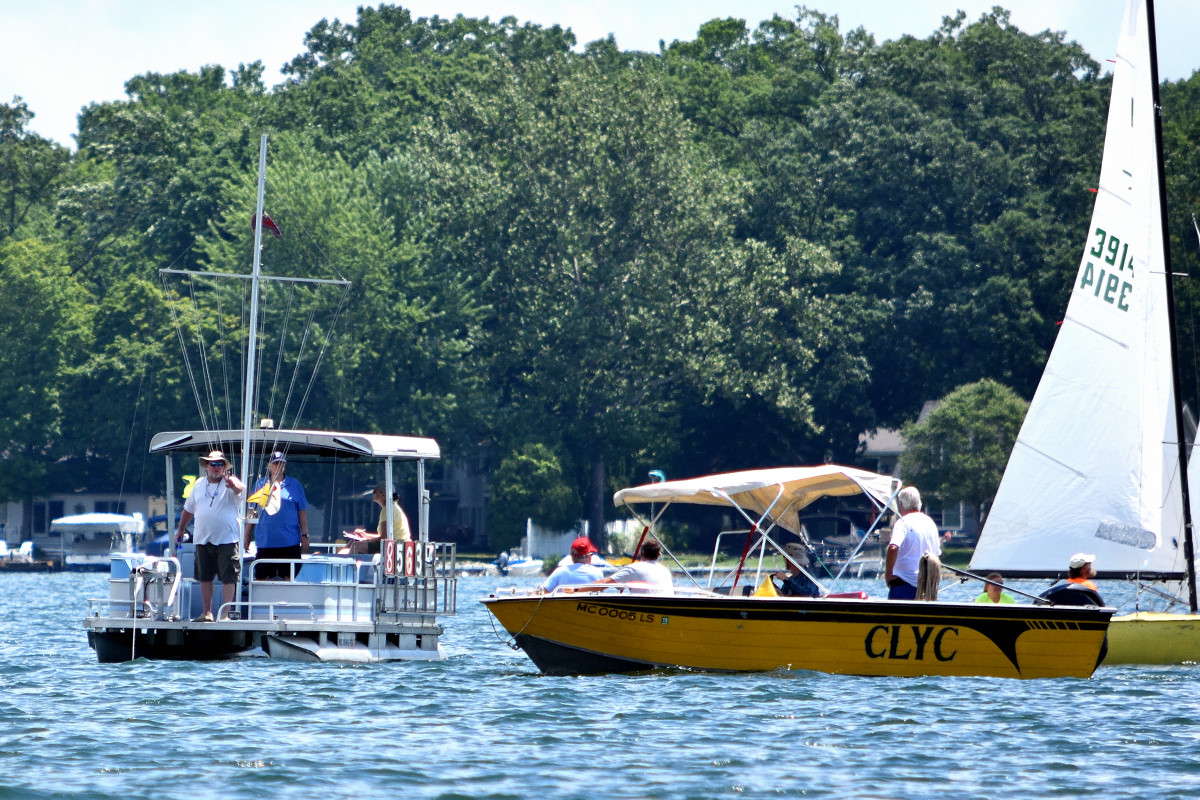 If you circulate among the sailors, you find an abundance of camaraderie.  Many participants know each other through other meets in the past.  But make no mistake, these competitors are in it to win.  One area where skill and experience come into play is at the start.  Unlike a car or power boat, you can’t idle at the starting line. Boats circle waiting for the starting horn.  That is more challenging considering changing wind conditions, and being in close proximity to other boats trying to be at the line a nanosecond before the race begins. Collisions aren’t unheard of, and sometimes words not permitted on prime time TV have been heard.  Similar skill and experience is demanded when rounding the buoys.

Clark Lake is divided into sections (see map).  Buoys are placed depending on wind conditions.  When sailors round buoys, they are often doing it at the same time as others.

Who wins in the end depends on adding up where your boat finishes in each race.  Like golf, the low number gets the prize.

Coverage on this website will continue later this weekend. 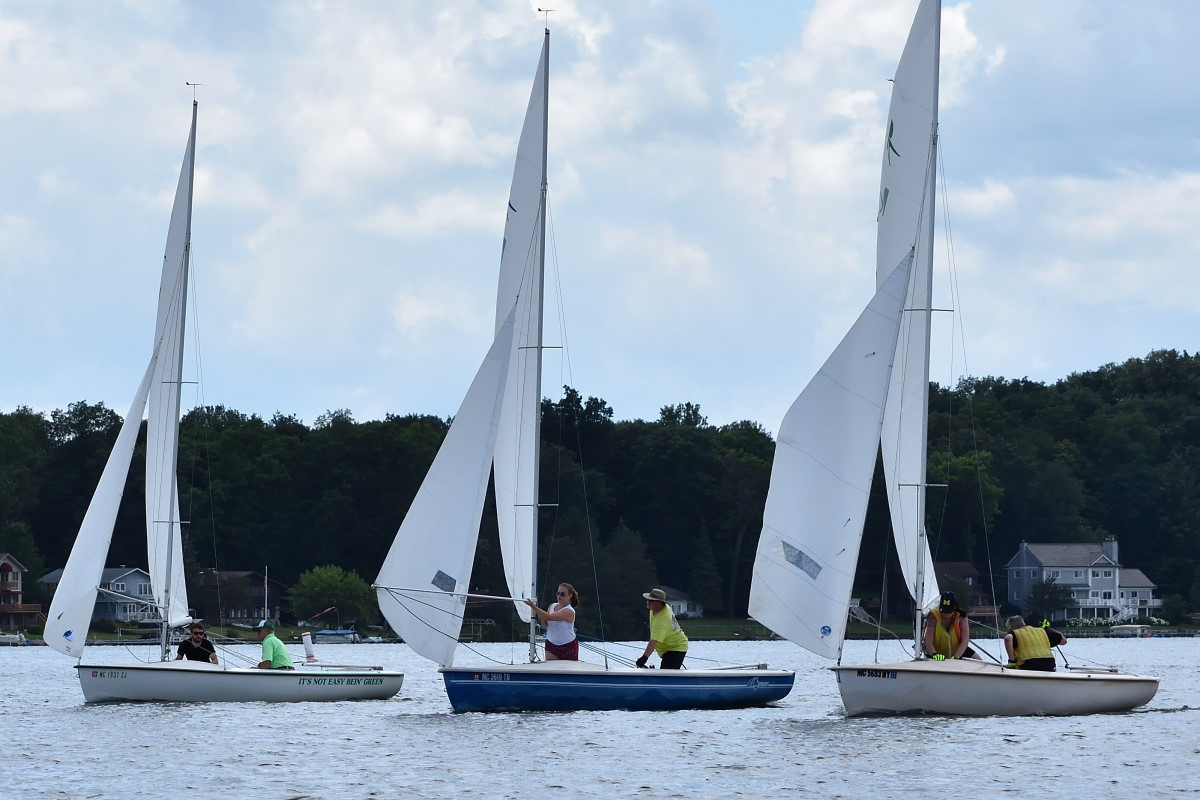 To learn more about the Yacht Club and its history at Clark Lake, please click here.