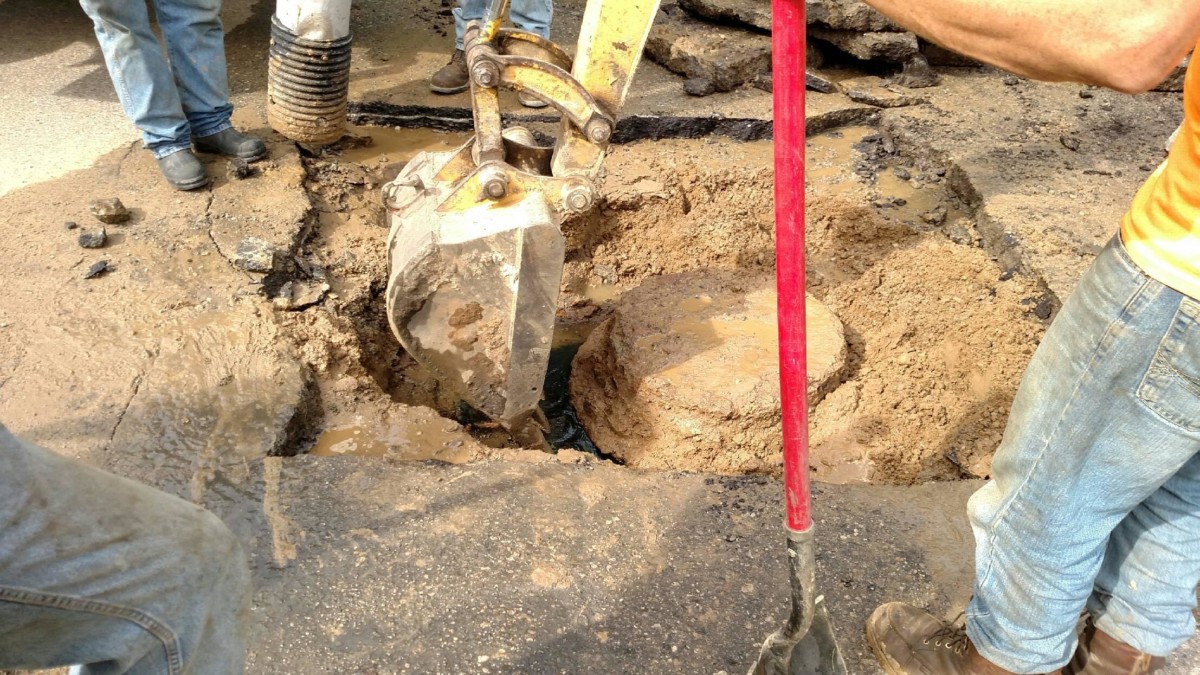 A malfunction caused raw sewage to seep through cracks in the pavement in the 1700 block of Eagle Point Drive on Monday (7/18/16).  A resident called Columbia Township around noon and a short time later a Brooklyn DPW crew arrived on the scene.  According to Keith Kotsch, Brooklyn’s director of public works, “about 300 to 4oo gallons of diluted raw sewage leaked out before” a crew vacuumed it up.”  The sewage headed toward a storm drain, known as a “French drain.”  Kotsch comments “this kind of drain does not exit to the lake but rather dissipates liquid through a drain field much like a septic system.”  He continues “affected areas were treated with lime to neutralize the bacteria…none of the residents were affected or without service during the repair process.”

So what caused sewage to bubble up through the pavement?  It was a corroded air release valve that allowed sewage to leak into its surroundings.  Once the cistern filled, pressure pushed the sewage to the surface.  The repair was complicated because the source of the leak was not readily evident–the manhole had been paved over. So locating the problem was step one. Once three inches of asphalt was chopped away, crews opened the manhole, vacuumed the sewage, and replaced the faulty valves.  The sewer opening then was rebuilt–and by Tuesday, the road surface returned to normal.  The new manhole is flush with the roadway and is easily visible. 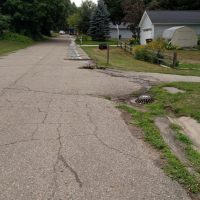 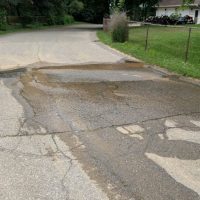 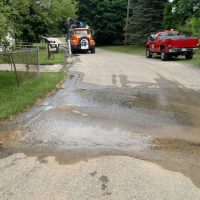